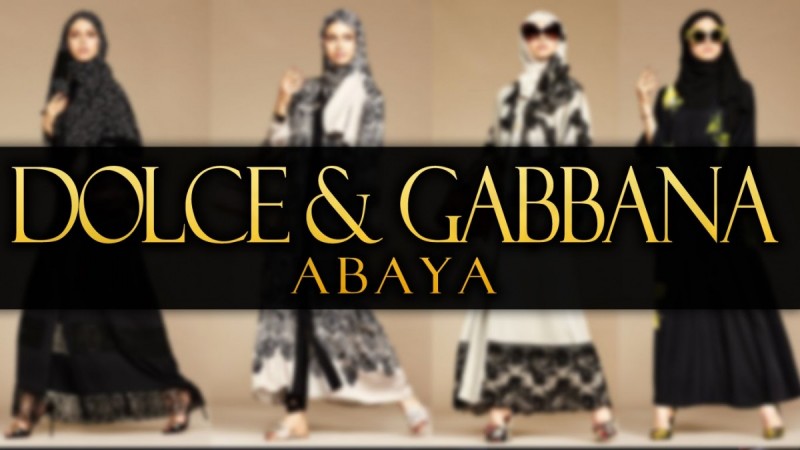 There have been two knee-jerk reactions in response to the release of Dolce and Gabbana’s hijab and abaya collection: The Allure of the Middle East; First came the yay-sayers (for want of a better term) who with true Arab-style ululation lauded the fashion house for taking such a bold stance regarding highly politicised garb, that too during a particularly sensitive time. This category suddenly felt validated and instantaneously proud of their Muslim dress and identity. Then arrived the cynics, who took serious offense at this shallow attempt to represent Muslim women and their fashion needs with D&G’s insignia and uncharacteristically-Muslim embellishments on what is traditional Muslim apparel. ‘Ain’t nobody got time fo dat,’ so to speak. 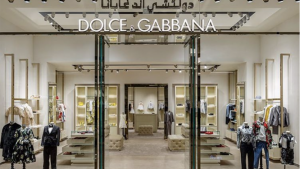 The fact of the matter remains that D&G have themselves made no outright claim at either. While there is of course contention over the extravagance of the new line and how the overkill of ornamentation contradicts the simple modesty of what is Islamically expected of a Muslim woman’s dress, anyone visiting a high-end shopping district in any of the monied petro-states of the Middle East will be instantaneously brought to the realisation that D&G (and numerous other high-profile, luxury names) know exactly what they’re doing here. The hijab-abaya combination -previously a quiet representation of feminine modesty- is now the quintessential sartorial piece of the wealthy Gulf states – charmeuse, stonework, and all the (lace) trimmings. All D&G is trying to do is to capitalise on a market with a spending power that is estimated at more than $8.7 billion a year – and they are quite likely to succeed.

While the philosophy of orientalism is oft-associated with socio-politics and perception of world order, there is an increasingly discernible divide brought about by orientalists of the fashion industry.

The dichotomy is clear, if not obvious; The Asian and Middle Eastern dress (particularly those of womenfolk) has always been ingrained in Western psyche as quaint, traditionalist, and bound by the many social shackles that come with any country that is non-democratic in governance. The West on the other hand, are the prophets and prophetesses of vogue – visionary, current, and a representation of all that is free.

This would explain the great sense of social attestation we feel when deemed ‘worthy’ of the runway from the powers that be, following a move such as that of D&G’s and many others before them, all the while ignoring the fact that we as Muslims too have fallen in line to strut the catwalk, becoming increasingly vulnerable to capitalist bait. There is nothing quite as oxymoronic as the label ‘Muslim consumer.’

While my opinion is that D&G are faultless for having been honest about their intentions with this new gilded modest-wear collection, and that any claims of political stance and representation are inadvertent, this does bring to light however the increasingly worrying trend of Muslim marketability.

For Western brands have pounced many a time at capitalising on the exoticism of the ethnic. Let’s not forget the instances we’ve misconstrued cultural appropriation for flattery, basking in the heady glow of social and sartorial attestation. Remember the ‘dress-over-pants’ rendition of the South Asian shalwar kameez that filled our fashion pages early last year? Also recollect Paul Smith’s ‘Robert sandals’ – a not-so-subtle attempt at plagiarising the ubiquitous Peshwari chappal. Where were the fashion police when you needed them?

I digress. While cultural appropriation is a power dynamic worthy of a rave on its own, what truly needs to be lamented about is the devaluation of our dress, proportionate to its increase in bankability. Now I’m not one to over-extol the virtues of the hijab, but the headscarf and abaya are undeniably, a testament to all that is anti-capitalist and anti-establishment. By choosing to don the headscarf, the Muslim woman of the west –either consciously or unwittingly- signs up for a wilful disregard for modern convention in deference to her faith. Her attire revolves around what she feels is acceptable as an ambassador of Islam, and not what is dictated by a consumerist agenda. 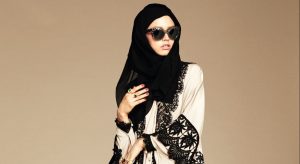 It is true that in the Middle East (the Gulf particularly) the abaya does not necessarily represent something as consequential in that it is more an expression of cultural symbolism than one of spiritual or ideological choice -which is perhaps what makes them all the more sought after by the likes of D&G in the first place- but the preservation of ideals and everything else the attire of Muslim women represents is a collective Islamic responsibility all the same.

Surely alarm bells should sound when fashion houses renowned for leaving less to the imagination with their seasonal revisions of what’s in and what’s not, take a sudden interest in modest-wear? We’d be naive to assume that genuine feel-good altruism is behind these highly-publicised shows of ‘catering to the stylish Muslim woman.’ Muslims around the world spent $266 billion on clothing and footwear in 2013 alone, amounting to more than the total fashion spending of Japan and Italy combined.  That figure is expected to reach $484 billion by 2019. Big brands like to make big money, and they will tap into wherever it is that profits them best. And they can’t be faulted for that.

We’ve surrendered our shields to the other side, only for us to have to buy them back, albeit much prettier, but stripped of purpose.

So let’s spare D&G the tirade, and give ourselves the talking to we truly deserve.