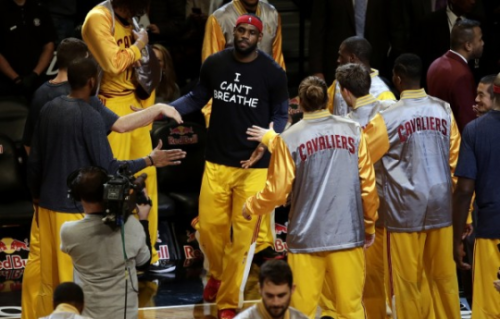 The summer I watched you, Kevin Durant, and other mythical titans play during the lockout was unforgettable. I grew up in West Baltimore and we haven’t had a professional basketball team since 1973. NBA players, usually stuck behind LED screens in homes across America, introduced a euphoria unheard of in my city — outside of old high school rivalries. We’d all heard the stories about Rucker Park in New York. We knew it was a gladiator school where boys cross their way over to becoming men, earning the stripes of legendary players. Before the lockout we didn’t claim the nationwide folklore of New York’s battlegrounds, but you guys did something magical and it hasn’t been the same since.

I remember seeing Aquille Carr, a 5-foot nothing Baltimore hometown high school phenom walk onto a stage that in any other time wouldn’t be available, and play with you all. From whistle to whistle dunks rained, nets popped, and the crowd stood on its feet 95% of the time. The bleachers were full of dope boys, college grads, girls from round the way, and of course, bright eyed children who looked like caricatures of you all.

Rarely do children come face to face with their idols, let alone in humid gyms packed way past fire hazard recommendations. But the opportunity was there for all of us to bear “witness”. I was more at awe at how we had gotten there. From my understanding the players of the NBA took a stand in safeguarding their assets from a league that had far too long usurped athletes, and most importantly black ones.

The lockout was a final stand against owners who for years have misappropriated the athletic capital of players. Every point scored had a social currency like never before. NBA players showed every aspiring child that the bodies they develop through hours of training and punishment could be leveraged to enact change institutionally.

Since then, you’ve won two championships, and imprisoned the entire league in your dungeon of physical prowess. But I can’t help but to see you as the man who shared a story so identical to my dearest friends in Baltimore that it shakes me to the marrow. To my knowledge, you are the son of a single Black mother who understood  how dangerous everyday is for our boys in America enough to dedicate her life to keeping you involved in basketball. You seemed comfortable that summer here in Baltimore; I imagine because the smiles, handshakes and sincere grit of the people that welcomed you, also reminded you of Cleveland.

I am aware that they call you the King of your hometown. You’ve earned every right to be addressed as royalty. Not only does your talent literally create an economy, but your philanthropy and compassion sets the tone for the rest of the sports world. When Eric Garner was murdered, the universe watched you don a ‘I can’t breathe’ shirt against the wishes of so many fans, who believed you ought to stay out of affairs like that. Their cry was “he needs to focus on ball.”

You did it anyway, because we know that the people of your city are just as important as your playbook. You made emphatic statements such as,

“I’m pretty upset that I’m not protesting right now with the rest of the guys out there in New York. I think it’s something that’s very alarming in our country as far as that’s concerned. We have to be more conscientious of what the law enforcement’s job is, and that’s to protect and serve.”

There have been multiple non-indictments since then, each more deplorably presented by state prosecutors than the previous one. But, you won the hearts of the fans then and you can stand with the rest of your community and continue on that path now.

Tamir Rice was a 12-year-old Black boy who grew up a few hours away from where you did. I assume, that much like any kid in Cleveland, he did his best to emulate your gameplay whenever he walked on the hardwood. His personal rise to glory was interrupted by the shots of Cleveland Police Officer Timothy Loehmann on November 22, 2014 at 2:00PM. He then was allowed to continue his life as a normal human being, despite committing a murder caught on camera. Across the country, police killings have ranged from abhorrently bizarre to effortless. 1100+ police murders of mostly African American men in 2015 proves we are living in critical times.

Options are what people like myself and others are looking for. Options that you and others may be able to entertain, considering what’s happening.

It is true. I asked you to sit out.

The reason I went as far as to ask you to sit out is because every bit of empathetic work you have done makes you the archetype for this sort of leadership. Whether it be hoodies, t-shirts or 4th quarter comebacks, your energy commands allegiance. I believe that you could inspire many others whose bodies are bread & butter, to engage in this sort of non-violent action. Something clicked for the Mizzou football team that I believe can click for Black professional athletes. Mizzou channeled the same energy that created the legacy of Paul Robeson, who was so critical of the United States, that for a period of time he not only lost money, but his right to enter the very country he was born in.

Who am I to say anything?

Essentially, I’m a concerned citizen of this republic— no more better than anyone who breathes this air. Intimately, I’m a Black father. Before I was Black father, I was a Black husband. Prior to that, I was Black athlete, who paid for school via a football scholarship. I could never say I understand the platform you’re on. But, we share three of the four facts in common. I agree, the manner in which I called upon your support was no doubt poignant, and has ruffled the feathers of many of your beloved fans and pundits who embrace the legacy you are shaping. But it is quite interesting that when I reached out to other pros in the same way on December 23, 2015 via Twitter, to galvanize the same support, it fell on deaf ears. No one said a word after I mentioned at least ten high profile athletes besides you. Baltimore’s Ray Lewis was the second person I tried to reach after the grand jury decision. When it was announced that Timothy Loehmann would walk as a free man, I took one more shot with #NoJusticeNoLebron and it stuck.

Just last year, I organized a Professional Athlete Summit in West Baltimore, where young Black male athletes heard firsthand from agents, past/present NFL players, and talent developers about opportunities that didn’t have anything to do with ever having to touch a ball. The idea was to never have them believe they have to be cornered into a specific box. Black boys gathered that night so we could remind them that their survival depended on them being dynamic. In the American ghetto, many times the idea of a “way out” revolves around the body, not the mind. You live and breathe these concepts.

A lot can happen in two seconds. You and every other phenom that puts on a jersey knows that. Less than two seconds made the mother of Tamir Rice have to stiffen her lip and strengthen her back in the face of a corrupt system. These are the realities we’ve been forced to reflect on. Unfortunately, you said that “you didn’t know enough about the case” which saddens me. I’m hoping it was a PR mishap, and that you know at least general details about a boy murdered in your hometown by police in 1.5 seconds. I believe that you meant that you didn’t exactly know  all technical justifications used to clear Tamir’s killer.

Time is not a luxury some in America have in this moment. I believe that if you decide to marshal your fellow players in a collective sit out, to ensure the amount of awareness is brought to help the family of Tamir Rice see their child’s killers put away, it’ll be the best buzzer beater you have ever made. This responsibility does not rest solely on your shoulders, however they have been put to the test in times like this so people rally around those same shoulders.

There is no such thing as singling out someone who’s already been passionate about these issues on their own. You were a man about the people far before I said anything. The shame that the public is assuming I cast upon you has been misconstrued. We both know shame is a shallow motivator— love liberates. I’m more than certain that you have colleagues prepared to lead, who share the same sentiments about precious Tamir. Unfortunately, this last non-indictment has tipped the scales.  I’ll cheer for you, sit out or not. It won’t be a cure-all. I never expected it to be. However, it’ll let the world know that enough is enough. You are who you are because of your habit of rising to the occasion. This is an occasion that comes along every 50 years or so. Whether or not this call to action continues to directly address you is a decision I’ll happily defer to Tamir Rice’s family. The NBA locked out to negotiate for contracts, my hope is  that if decided, you lead them to lockout to negotiate for Black Life.