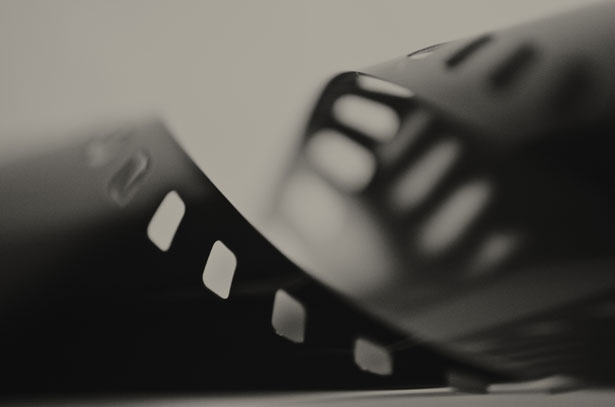 Do Muslims perpetrate the vast majority of terrorist attacks around the globe?

Pull most people aside on the side of the road and they’ll either explicitly respond with a ‘yes’ to that question, or if they’re politically correct, will give some wishy-washy response to cover up the answer they consider to be true.

Whether you like it or not, that is the answer now ingrained as an indisputable fact in the collective Western psyche. How so? This is because in current colloquial use, the word terrorism has effectively been defined to be acts of violence committed by Muslims against non-Muslims. More generally, in Noam Chomsky’s words, it describes ‘their’ violence against ‘us’, not ‘ours’ against ‘them’. Ergo, by definition all terrorist acts are committed by Muslims.

I don’t mean to say this as a cynical remark; I am trying to point out a linguistic reality that we haven’t quite come to terms with yet. It’s time we stop constantly complaining about the hypocritical use of the term by media outlets; it’s a lost battle and we’re better off employing other strategies. For starters, that means to avoid using the term and replacing it more descriptive words such as ‘political violence’ or ‘indiscriminate killing’. ‘Terrorism’ is a propaganda term used with the intent of spreading fear and advancing political agendas; by simply using the term we are unintentionally helping advance those goals.

Is it conceivable in the current climate that a US drone strike or a shooting by a Christian radical will ever be described as a terror attack? Of course not.  The general public has been propagandized into believing that Muslims alone commit terrorism, and thus Muslims will continually be expected to condemn, apologize and assume responsibility for anything described in the media as a ‘terrorist attack’. The recent CNN interview of a French activist is just another ugly manifestation of this reality.

In the wake of any attack on Western soil, our default reaction has been one that is defensive. After going through the obligatory condemnation exercises, we wonder in awe why none of it works and we’re put in the spotlight again when another attack happens.

It doesn’t work.  You can keep saying terrorism has nothing to do with Islam for another 15 years and it won’t matter. It’s a lost battle because terrorism is a word now reserved for violence committed by Muslim criminals; its only used to perpetrate hysteria and a myopic understanding of a complex global problem. Just by using the term we are implicitly admitting we had something to do with the attack. The more we condemn, the more we’ll be asked to condemn.  It’s the media’s game, and we play right into its hands.

And here’s the kicker. Muslims too have internalized this de facto definition of terrorism.

That impulse and urge Muslims feel to be extra vocal about condemning any ‘terrorist attack’ stems from internalizing the popular narrative which has created a subconscious collective guilt; we feel we had something to do with it despite being completely innocent. Why aren’t we ever concerned about defending our faith when these extremist groups attack Muslims? Why does the media never bother asking for condemnations  when a suicide bomber blows up a mosque? Because attacks on Muslims, despite being perpetrated by the same militant groups, don’t qualify as terrorist attacks and by extension don’t have anything to do with Islam. Hence, Muslims never feel the need to need to apologize for it.

Our failed public relations strategy over the past decade is predicated on not really understanding the root of the problem. No one’s actually interested in what Islam has to say about terrorism, no one cares about well written condemnations or conferences about peace; no one actually reads those boilerplate fatwa’s.

The root of the problem is the ‘Us Vs Them’ psyche. The public demands condemnations from Muslims not because they actually want a condemnation; they demand it because they fear us, they don’t know us and they want reassurance that we won’t harm them. We are presumed to be guilty until we declare ourselves to be innocent; the condemnation is the avenue through which that declaration takes place. The condemnation request is a litmus test – are they with ‘us’ or with ‘them’?

No matter how many times Muslims offer elaborate defenses of their faith, the expectation and persistence from the media, and public at large, to condemn will remain so as long as Muslims are viewed as ‘the other’. Muslims alone will be associated with ‘terrorism’ as long as there remains an active interest in dehumanizing this minority by selective use of the term. The suspicion we are under now is very much akin to that experienced by Japanese Americans during World War II. Much like their situation, there’s little that a declaration of innocence will accomplish unless the culture perpetrating the hysteria changes in the first place.

Most faith groups and minorities are not expected to apologize for the crimes of individuals from their community because they aren’t viewed as outsiders. When a bigot attacks another minority openly, the public calls them out and they are socially punished for their prejudices. There is a social policing that takes place which ensures abominable views are kept in the private sphere due to the repercussions of airing them publicly. However, bigots can openly air racist views about Islam with impunity because the general populace, a big chunk of it anyway, still sees Muslims as subjects that are alien to America and ought to be feared.

Researcher Dalia Moghed’s recent interview is a rare instance of a thought provoking response to the standard condemnation request. Instead of responding affirmatively and giving the audience what they want to hear, she makes them ponder by effectively asking ‘why do you think that Muslims, or any people, would condone the indiscriminate killing of innocent civilians’. In other words, think of Muslims as people like you and I – is it conceivable that millions of people living in the US consider mass killing to be acceptable? This strategy highlights the critical response needed when our leadership is bombarded with demands for those boilerplate condemnations. We need responses that challenges the status quo; not ones that further propagate simplistic and false narratives.

Racist stereotyping and xenophobic rhetoric will remain in the political and media sphere as long as there is an audience for it. As long as there is a significant enough population which holds Muslims to a different standard, so will the media. Television hosts can get away with repeatedly demanding ridiculous apologies and condemnations from us because that is what the public wants to hear. The only way to prevent future explosions of anti-Muslim bigotry is engagement at a grass roots level which focuses on normalizing Muslim presence in the US and other Western countries. We need to dismantle the ‘Us Vs Them’ mindset; we need to make it clear that we are ‘them’ and they are ‘us’ – we are in this together.

As a recent study published in the NY Times indicated, the primary way minimize anti-Muslim bigotry is to humanize Muslims in the public sphere. This is primary accomplished by making cultural contributions to the societies we live in. We need Muslims athletes, film makers, artists and novelists now more than ever. The positive image of Muslims in the 60’s and 70’s can be attributed to iconic individuals like Mohammad Ali who was looked up to as a hero by a generation of Americans.

Our public relations organizations need a new strategy; a strategy that actively invests in cultural institutions which are currently non-existent. We need fundraising not just for scholarships for Islamic studies, but also for those aspiring to attend film school or those wanting to study the dramatic arts. Dr. Umar Farooq Abdullah has masterfully outlined the need for this cultural revolution in his paper, Islam and the Cultural Imperative. The recent eruption of widespread bigotry, despite the decade of PR exercises, clearly indicates the vitality of Muslims establishing a cultural presence in Western societies. Unless that presence is established, Muslims will continue to be vulnerable to these cycles of bigotry and hysteria.

The recent viral video of a Canadian school children singing Tala al-Badru Alayna is a prime example of power of culture. The video unintentionally accomplishes far more than the standard approaches we take of trying to educate people of what Islam says – it gives them a rare glimpse of what Islam is.  Muslims have a rich cultural heritage that extends back a millennium. Sharing this beautiful gift in the societies we live is a moral imperative; and withholding it is cultural injustice.

Connecting The Dots- Muslims and Social Justice in Southern California

15 Signs Your MSA is Just a Social/Cultural Club