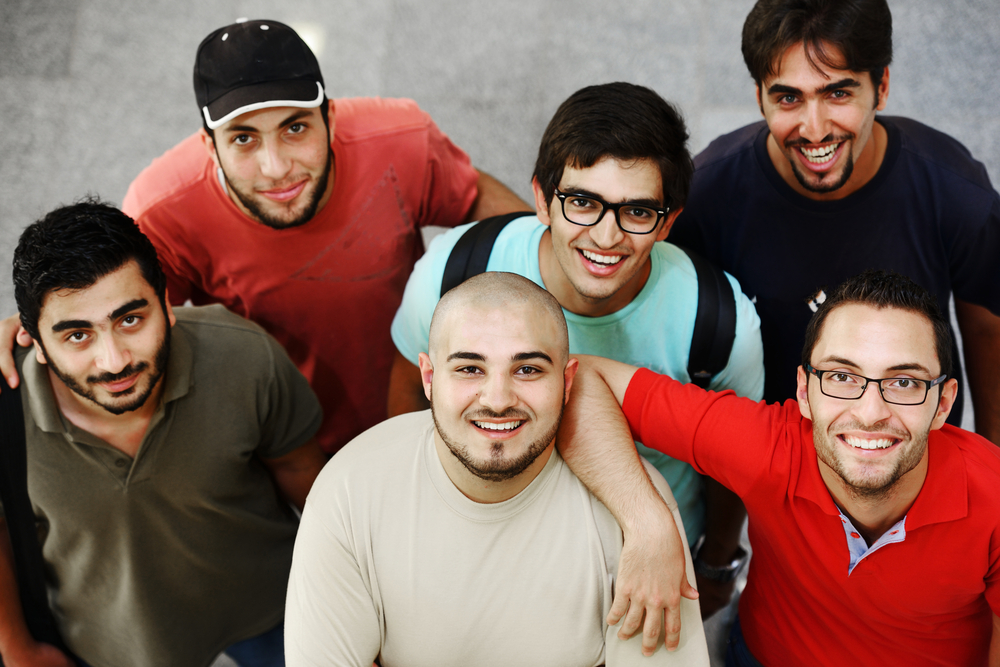 The Muslim Student Associations (MSAs) in the United States or Islamic Societies (Isoc) in the United Kingdom at colleges, universities, and (increasingly) high schools play a significant — sometimes even pivotal — role in Islamic development of Muslim youth. The impact of the MSA can be so decisive, in fact, that Muslim adolescents and their parents should factor in a college’s Muslim community and MSA in deciding whether or not to attend that school.

Unfortunately, many MSAs around the country have a tendency to devolve into little more than social or cultural clubs. This is related to the problem of “cliquishness,” a general problem that plagues not only MSAs, but also mosques. But the problem is deeper than that.

The fact of the matter is, the very idea of a group of people getting together for the purpose of increasing and improving their worship of God is just weird. These kinds of groups don’t typically exist in the college environment or society at large, for that matter. The only two reasons young people in college typically get together in a group is to 1) socialize and network on the basis of some shared interest or ethnic background, or 2) organize for a particular social justice cause. “Worship of and devotion to God” don’t fit into either of those categories, so MSAs tend to minimize or disregard the devotional aspect — which should really be the whole purpose of the MSA — and instead implicitly, if not explicitly, make the MSA all about socializing.

Has your MSA fallen into this trap?

Just like individuals, organizations can also have an underlying intention (niyya). And since the merits of actions are based on their intentions, as the Prophet

has told us, it behooves us to uncover the true intentions behind our MSAs and to purify any defects we find.

The difficulty is that intentions are not always manifest. They can be hidden. For example, socializing is an important part of worshiping Allah. As Muslims, we should be connecting with others, and the MSA should be facilitating that in the right way. But is the intention behind that socialization sound, i.e., ultimately for the sake of Allah? Or something else?

To help you diagnose the state of your MSA’s “heart,” so to speak, here are the top 15 signs that your MSA might really be nothing more than a social/cultural club. If many of these signs apply to your MSA, then something is wrong.

15 Signs That Your MSA/Isoc is Just a Social Club

1. Your MSA does not have regular study circles dedicated to educating MSA members on the bare essentials of faith and practice (fiqh of salah, fasting, etc., basic pillars of iman and aqidah, tajweed, etc.). If your MSA doesn’t have anyone qualified on campus to teach these subjects, no effort is made or funding is dedicated to bring qualified people to campus to teach said subjects.

2. Your MSA does not organize congregational prayer (e.g., fajr, isha, etc.) other than Friday prayers.

3. Your MSA does not have a sustained dawah effort directed toward the student body at large, for both non-Muslims AND Muslims.

6. Your MSA refrains from getting involved in “politics” when it comes to “controversial” issues like Palestine, #BlackLivesMatter, immigration, raising the minimum wage for university employees, etc., but has no hesitation co-sponsoring/endorsing events with LGBT groups, campus Democrats/Republicans, anything related to “denouncing Islamic extremism,” other events/causes that have mainstream support but are no less political in nature.

7. Your MSA’s number one priority is being “more welcoming” and “more inclusive,” but the desired inclusivity is clearly catering towards a very specific demographic or clique.

8. According to your MSA, being “more inclusive” invariably means being “less conservative.” No one talks about inclusivity in terms of, for example, being more welcoming to the disabled, to black students, to students of different socio-economic backgrounds, to international or foreign exchange students, to people in surrounding communities, to the homeless and the needy who may live near campus and who would love to be invited to an MSA event and would be very grateful for a free meal, etc.

9. Your MSA’s dedicated prayer space or musalla on campus is always a mess and is primarily used as a storage closet (storing all the food supplies/utensils needed for the annual dinners, banquets, etc.).

10. Your school is one of the few that has a full-time Muslim chaplain, but he or she is not utilized for any recurring MSA programming other than Friday prayer or token interfaith events. His/her office hours are usually unattended.

11. Your MSA is events-based and has no long term roadmap that extends beyond the present year, let alone 4 years in the future after all current members have graduated. Social clubs, after all, are about friendships, networking, and having fun in the present and don’t need to build towards anything larger in the future.

12. You never hear from Muslim alumni and few if any Muslim alumni care to “give back” to the MSA by donating funds or getting involved in any other way. If the only value said alumni got from the MSA was socializing with Muslim friends, it’s no surprise they’re not inspired to make contributions to what they see as just another social club. After all, their Muslim friends graduated with them, so why bother?

13. Casual gender mixing is the norm for your MSA, at events, at internal organizational meetings, etc. Most of your MSA members, even board members, openly flirt, go to each others’ dorm rooms, eat meals with each other on what can only be described as “group dates,” and no one thinks twice about any of that.

15. Your MSA thinks that inculcating bonds and developing deep friendships are ends in themselves, rather than understanding that those things are just means towards what should be the true purpose of the MSA.

Ultimately, if you are on the executive board of your MSA or just an active member, ask yourself one question: If all the MSA provides is a social outlet, what value does that provide to Muslims (or non-Muslims) on campus? College life provides endless opportunities to socialize, so yet another social club, even if Muslim-flavored, does not provide much additional value to students on campus.