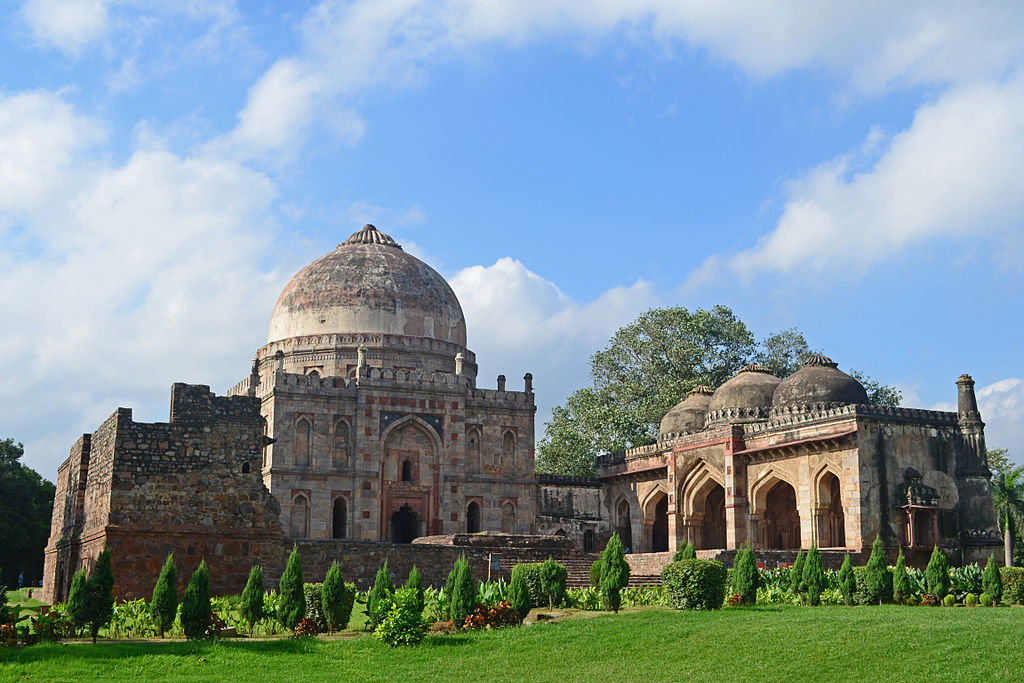 “The Motherland” series will go over the benefits and challenges of studying Islam overseas in India, institutions of learning there in, and Nihal Khan’s journey of studying at Nadwatul ‘Ulama in the 2014-2015 academic calendar year. The subsequent articles in this series will detail his experiences and reflections from his travels and studies in India.

Shattering Your Own Standards 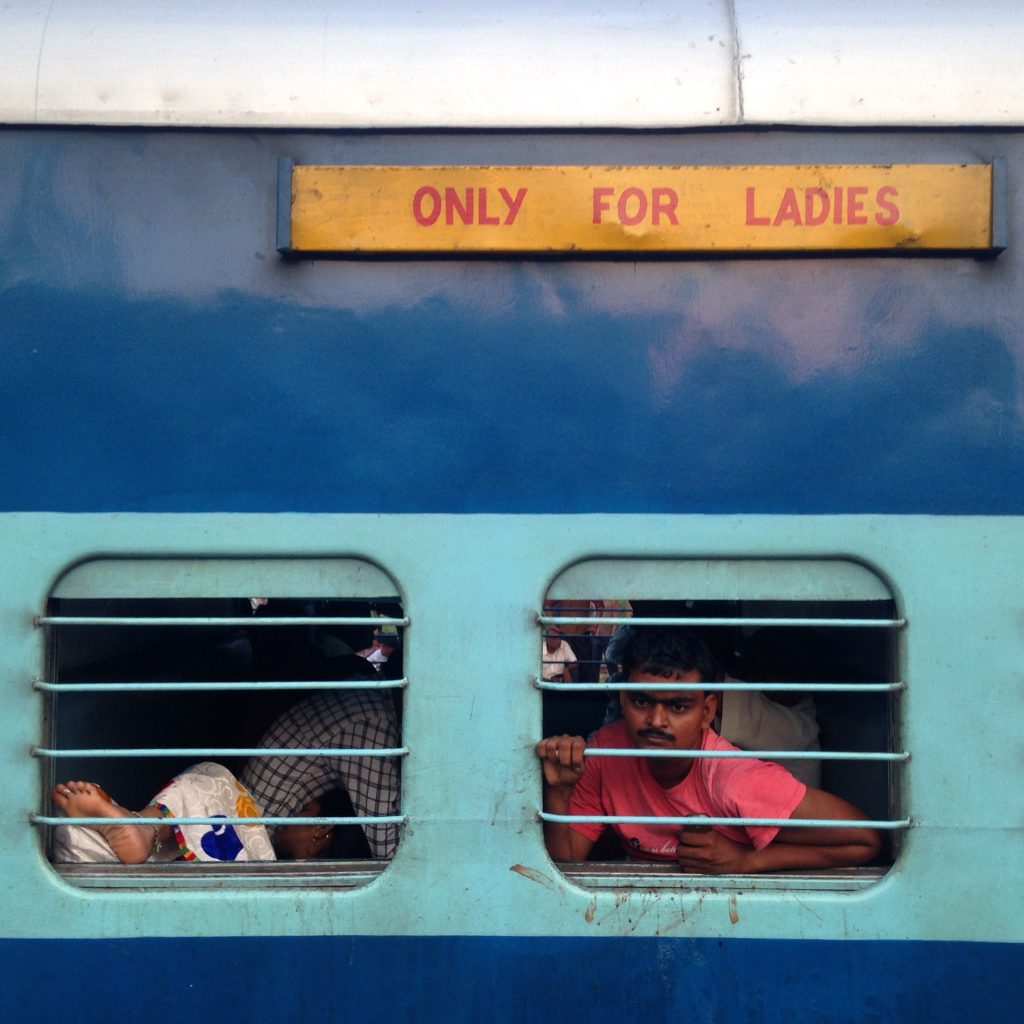 Men fill a train compartment designated “Only for Ladies” in Gujarat. The irony here was too good to not take a picture.

The most humbling factor of my time at Nadwa was understanding that there was so much that I honestly did not know, and that there is so much to learn at the same time. I went in thinking that I would be ahead of my class since I had spent the last two or three years studying part time, had previously studied Arabic, but instead I found many gaps in my learning that I needed to fill to progress academically. Be it Arabic grammar, tafsir, hadith, literature, Urdu, etc—I found that as an American student, I needed to put in thrice more effort, not twice! More important than the knowledge itself is understanding the philosophy of how people learn in the institution, as that will solidify a student’s ability to learn in the long run.

As I mentioned before, I was also accepted into the Hartford Seminary’s master’s program in Islamic Studies in Connecticut. I decided to enroll into a course with them online for the spring semester. The class was amazing and intellectually engrossing, but I now I am going to take a break from them. Committing to both programs at once is not feasible as each needs a dedicated amount of time and due diligence. Though I can eventually come back to the master’s program, my time in India is much more valuable at this current stage in my life. 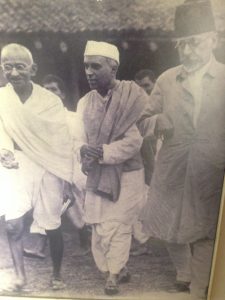 A picture of the founders of post-independence modern day India: (From left to right) Mohandas “Mahatma” Gandhi, Jawharlahl Nehru, and Maulana Abul Kalam Azad. Taken at the Gandhi Ashram in Ahmedabad, Gujarat.

“For some students, attending the madrasa is a chore; for others, attendance is a choice made for them by parents, family tradition, or necessity because other educational opportunities were beyond their reach or deemed undesirable. For most, however, participating in madrasa life is a personal choice made willingly.” Dr. Ebrahim Moosa from the University of Notre Dame recently published a new book  titled “What is a Madrasa?” (published by UNC Press) where he presents a holistic study and critique of the madrasa system in the subcontinent. Dr. Moosa succinctly summarizes the background of students at this institution.

From the west there were a total of nine students. Three Americans including myself, three British students (one graduated this year), a Canadian, and two Germans (one returned home). I would say that the majority of students that are at Nadwa are there by choice regardless of their intellectual capacity or school of thought. Though for Indian students, there are those whose economic circumstances left them no choice for any other forms of study. I do find that the majority of students are concerned about their studies in the madrasa and progressing. I recall the story of a student in the master’s program whose father is a rickshaw driver while the student himself is an Imam.  Both of their incomes combined run the household. The Indian students I spend time with are able to carry quite intellectual discussions regarding different practices and thought patterns within the Muslim community on an international level. Similarly, just as any institution has good and bad apples, Islamic institutions are no different sadly. There are students I met who did not offer their prayers, those who barely came to class, and those who had zero interest in studying Islam. At the same time I noticed many students claiming to be unable to pay their tuition due to financial reasons so they could be exempt and receive a small stipend, but those same students would own laptops and smartphones that equal five times the cost of the school’s tuition. It is not the institution’s fault but rather students who try to play the system. Again, these demographics are quite similar to other institutions in India, Pakistan, Saudi Arabia, Egypt, and the list goes on. It is not a monolithic issue. 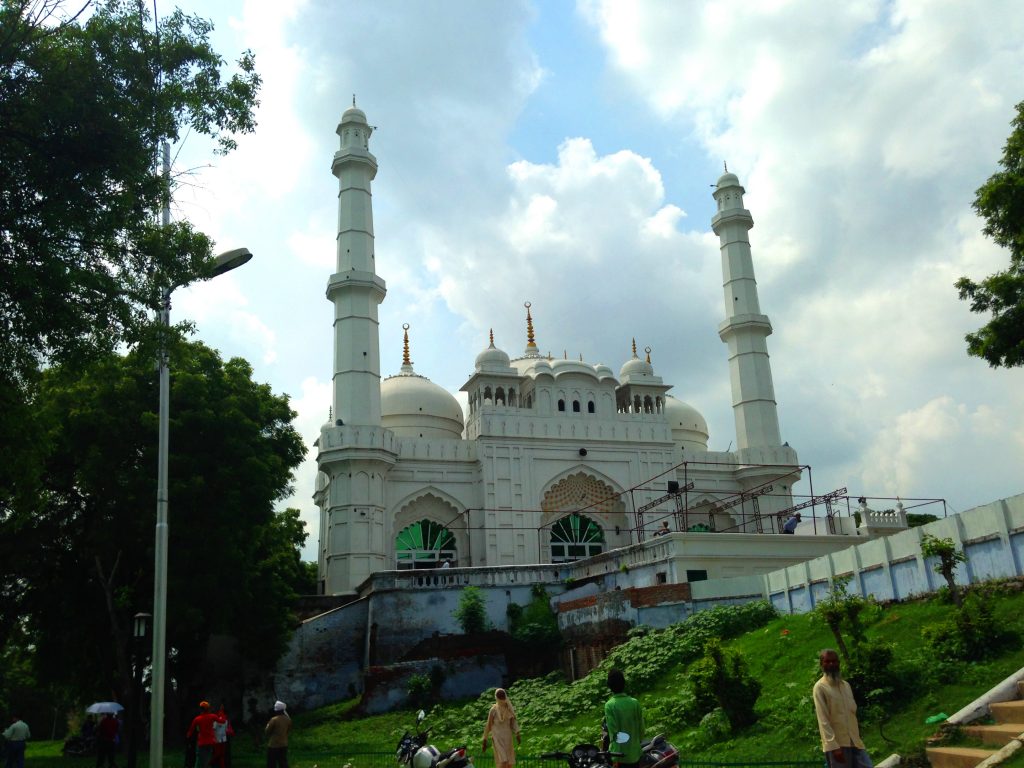 The Tilliwali Masjid in Lucknow. Built by Sultan Ali, a governor of Awadh during the reign of Aurangzeb in the 1600s.

The biggest blessing I found was the ability to interact with senior teachers of the institution who live and breathe the legacies of the prophets, companions, scholars, and saints. There are a handful of instructors who understand the baggage students from the West bring: a focus on individualism, not being used to the people and weather, and the chips on our shoulders. Those teachers will never force themselves on a student, but they will spend all year reaching out in different ways to make sure things are going okay. On the opposite end sadly, there are other teachers who will not care about your progress, or go out of their way to make life hard for you. It really is a game of politics in some ways which you do not want to get entrenched in. Just mind your business, focus on linking up with a trustworthy teacher, follow their instructions even if it makes you a little uncomfortable, and study hard.

Though I have constructive criticisms highlighting gaps in the curriculum and teaching methods, I believe it is not wholesome to share it here as I have not finished the program in its entirety, it is a completely different point of discussion, and in fact represents downward trends that are not just affecting Nadwa but the subcontinent madrasa system in totality. Being an accomplished academic in the United States and an alum of Nadwatul ‘Ulama gives Dr. Ebarhim Moosa has the ability to share and analyze his personal interactions with the academic institutions that he spent many years within in a very beneficial and critical light. His contentions deeply reflect what I felt is a need that madrasas in the subcontinent ought to work on in practice and not just theory. Dr. Moosa says “Pluralizing knowledge and constructively exposing Muslim religious thought to newer methods of inquiry such as critical readings of history, sociology, theological anthropology, philology, and hermeneutics using a variety of intellectual resources and tools remains an unaccomplished task. Oftentimes, new approaches are dismissed as efforts to undermine or corrupt the Muslim discursive tradition or worse, deemed to be conspiracies hatched by orientalists and implemented by duped and pliant Muslim scholars.” Madrasa students ought to be more informed on the different forms of knowledge that they will be dealing with after they graduate. They do not require degrees in those subjects but instead need an introductory familiarity. I say this as a student who has studied several years in the madrasa system in the United States and as an American university graduate.

Stay tuned for the conclusion of this series: Is India the Right Place for You?