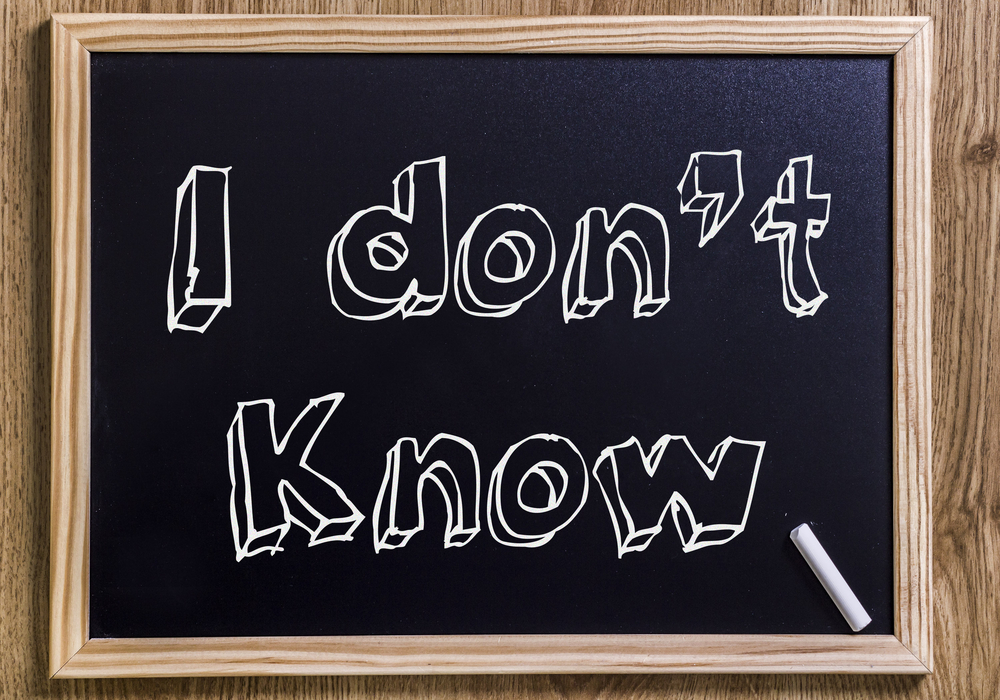 I was once invited to a faraway place to an Islamic event as a keynote speaker. At the end of the event someone came up to me and asked a religion based question. I cheerfully replied to them and said: “That is a really good question, ma shaa Allah. But my apologies as I do not know the answer. I would like to know the answer too. I would recommend that you ask your local scholar.”

At that point I could tell the person was  shocked by their facial expressions and then they verbalized their shock by saying: “You seriously don’t know the answer to this question! You traveled all the way here and you end up saying I do not know!” (I believe the person thought I was a scholar) So I smiled back and said: “I am sorry. But I really do not know the answer. You are better off having me say “I do not know” than giving you an incorrect answer and ruining things for you and me.”

Generally speaking, being put in such situation and not knowing an answer to a question which people expect you to know may be a bit embarrassing to the one being asked. It has happened, countless times, where people guessed answers just so they can avoid such “embarrassment”.

With that being said, I couldn’t help but remember the following amazing hadith classified as authentic in Sefat Al-Fatwa. Please pay close attention to it as this may really have a long lasting effect on you. A man asked Prophet Muhammad

: “What is the most disliked/evil place (i.e to Allah)?” Can you guess what was the response of the prophet

? Can you guess what was the response of the man who receives direct revelation from God, the one whom the whole ummah views as the most knowledgeable person about Islam on Earth! The prophet

By Allah, this raises his status in our eyes even more! There was NO hesitation! NO “but umm… but I think….” It was a simple plain “I do not know”.

then sought to ask Angel Jibreel

left for some time and then came back to the Prophet

and said: “O Muhammad, you asked me what is the most disliked/evil place/location to Allah? And I responded saying: “I do not know”. So I asked my Lord

: “What is the most disliked/evil place/location?” and He told me the …..”

Now surely, Allah, Al-Aleem (The All-Knowledgeable) knew the answer. But my intention for writing this article isn’t for you to focus on the response since it is a lengthy topic that requires another article to explain. The point that I wanted to share is the fact that Prophet Muhammad and Angel Jibreel (May Allah’s peace and blessings be upon them) didn’t hesitate to say: “I do not know”. They knew really well the severe punishment that falls on those who speak without knowledge and the honor brought forth to those who know their limits and remain humble.

): “(But) the things that my Lord has indeed forbidden are Al-Fawahish (great evil sins, every kind of unlawful sexual intercourse, etc.) whether committed openly or secretly, sins (of all kinds), unrighteous oppression, joining partners (in worship) with Allah for which He has given no authority, and saying things about Allah of which you have no knowledge.”

said: “Whoever tells lies about me deliberately, let him take his place in Hell.” – Sahih Muslim

So when you are asked a question and don’t know the answer ESPECIALLY if it was a religious matter then don’t hesitate to say: “I do not know” and follow it with another statement if you wish such as “I will ask for you” as long as you will actually do it though.

May Allah bless you and increase you in beneficial knowledge.

The 80% CVE Solution and Hassan vs. The City of New York

Day of the Dogs, Part 21: The Eternal Life

Our Deen: A Fading Garment?