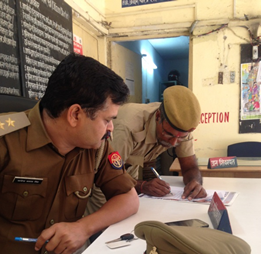 “The Motherland” series will go over the benefits and challenges of studying Islam overseas in India, institutions of learning there in, and Nihal Khan’s journey of studying at Nadwatul ‘Ulama in the 2014-2015 academic calendar year. The subsequent articles in this series will detail his experiences and reflections from his travels and studies in India.

When the car that hit me started to run away, I quickly wrote down the license plate number. I kind of understand why the driver ran though. In India, when it is pretty obvious who is at fault in a car accident, the public beats that driver up, to teach him how to drive. Now I do not know how beating someone senseless will make them better drivers, but who am I to judge? Anyway, I went up to the driver as he sat at a standstill after hitting my scooter. I pleaded and begged with him to pull over and not run. I guaranteed his safety, and it worked. He pulled over and no one  tried to beat him up, but I guess instincts are instincts, so he decided to run. There was a patrol officer present who called his colleagues ahead to see if they could catch him, but sadly they were not able to do anything. 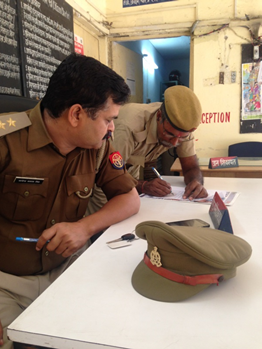 Afterwards, the patrol officer told me “my job is to save your life, that is it,” and then he walked away. I took out my phone and dialed 100 – the 911 equivalent in India. I called the number five times in half an hour, but no police officer showed up to receive me or even bother taking my information over the phone at the least. Instead, I got a text message from them saying ‘Thank you for calling Lucknow police’. I ended up calling the Qidwais who picked me up and took me to a doctor, in the back of their car. After partially recovering, I filed a First Information Report (FIR-the equivalent of a police report) at a local police station in a district known as Gomti Nagar and reported the accident.

After almost seven months, the police finally contacted me to let me know that they had found the car that hit me. Yes, seven months! The law enforcement system is beyond slow in getting work done, so now I am figuring out how I will approach the whole situation from a legal standpoint. I ended up meeting the owner of the car who disassociated himself from the whole situation. We will see what happens as I only met him two days before leaving to the states. The owner happens to be a retired police officer, so I guess my mafia friends from New Jersey could not help me (that was a joke in case you were planning on incriminating me. For the record, i do not actually have any mafia friends.)

I was taken to the side in four ‘regular’ traffic stops in Lucknow. All of the four situations were similar. A cop stepped in front of my scooter to slow me down and had me park on the side. He approached me and asked for my license. I have an international license, so I was not concerned, but seeing how police brutality had skyrocketed in America,  just in case ,I exercised my American privileges and spoke only in English–even though the cop only spoke Hindi. I also refused to speak in Hindi nor acknowledge that I spoke Hindi. The junior officer then said I have to pay a ‘fine’ (which was actually a bribe) of Rs. 1000 and then directed me to the senior officer. I refused to acknowledge that I understood him nor was I planning on coughing up any of my hard earned money. The junior officer told his senior in Hindi that I do not have any paperwork (which I did) and that I only spoke English. The senior officer, who also did not speak English,told his other colleague to look at my license and see what the status of the situation is. The colleague looked at my license and asked only one question in his broken English: “Which country you from?” 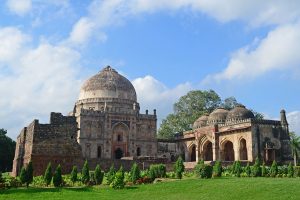 I responded by saying ‘the United States’, the officer’s face changed, he quickly gave me my license, and said I could go. He then told the junior officer something to the extent of not putting them in that situation again and to kindly escort me to my scooter.

In regards to the bribes that most police officers usually officiate, corruption is a huge problem in India. According to this India Times article, political parties and police are the most corrupt institutions in India. So much so that a little more than 1 out of 2 Indians have admitted to paying bribes to police officers–which is usually in exchange of not getting a court summons.  Current affairs show us that these are two areas which Indian citizens are actively working on fixing.

Stay tuned for Part V of this series!

The Fight Against Anti Muslim Bigotry and the Need for Education