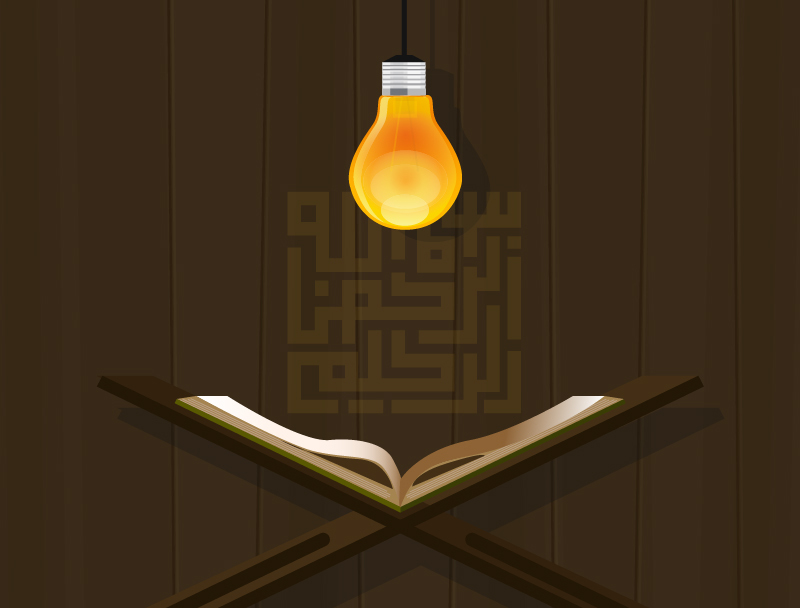 The last few months have been a tragic ones in the way that we have become all too familiar with – violence, violence wrought in the words of those who use hate as a shield and a sword. Whether in labeling a clock-building child as a potential terrorist, holding up the niqab as a symbol of evil and despair in Canada, or noting the inadmissibility of a Muslim to become the President, the spectre of anti-Muslim bigotry looms over Europe and North America.

In the midst of this trend, our leaders have taken to the airwaves, attempting to debate, shut down, or discredit those who blister with hate. We fight fire with water, attempting to calm, and dispute with those who would turn fear against a minority that is at a dangerous point in North America and Europe.

This battle to defend the civil rights of the oppressed, whether in the workplace, at schools, or on the streets, is a noble one. As Canadian or American Muslims, we cannot allow ourselves to be treated as second class citizens. We are here; many of us were born here; the vast majority of us will die here. These are the countries where we give our blood and our sweat in labor. Thus, the fight against anti Muslim bigotry, to live our lives in peace in the countries we are proud to call our own, is a highly important battle.

Why do people hate Islam?

The answer is obvious. People do not fear in isolation. People fear what they do not understand. As the hadith is narrated:

Abdullah Ibn Mas’ud reported that the Messenger of Allah taught his followers:
“Narrating the account of one of the prophets [of Allah] whom was assaulted and wounded by his people; while wiping the blood from the face he prayed: ‘O Allah! Forgive my people because they do not know.'”12 (Riyadh al Saleeheen, p.359)

Why is it impossible? It is because to teach someone else about anything, you have to first understand it yourself.

We live in a time where knowledge of the deen, real knowledge, is a hard commodity to come by. Where the so-called Sufis spend their time in hagiography and the praise of “saints”, and the so-called Salafis spend their time designing brilliant refutations of those who seek to spread a little good. Most Muslims do not know the fundamentals of aqeedah, the usul-al-fiqh, or the maqasid-al-shari’a.

In other words, if our focus is just on “making Muslims seem normal”- i.e., if we think our biggest problem is Islamophobia not only will we be unable to effectively respond to it, but we will, in effect, ensure that Islamophobia wins.

When Dr. King, Malcolm X, and W.E.B. Du Bois wrote and fought against racial segregation, they fought a battle for civil rights for “black folk” in America. These were people who were hated for the color of their skin. Du Bois called this the “color line” problem in America. In other words, the African American community had to engage in the civil rights movement collectively, even if from a variety of strategic perspectives. The reason that they were hated was inalienable. They could not change the color of their skins, even if they wanted to. Survival in America could only occur, then, if they fought for their civil rights.

One merely has to change their name from Muhammad to Moe, and their last name from al Bukhari to Burgenstock, and their transition from being a despised Muslim to being an at least tolerable minority is complete. And whether we would like to admit it to ourselves or not, the vast majority of our youth are taking this path. Young Muslims are leaving Islam in droves, whether formally or only within their souls, finding little meaning in prayer, charity, the pilgrimage, and on and on.

In other words, if we do not educate ourselves, both young and old, about what Islam really is, than the fight against anti-Muslim bigotry will be, sociologically speaking, a moot one. Who will there be left to defend when there are no more identifiable Muslims in two or three generations?

As Ustadh Nouman Ali Khan alerts us, the solution is to go back to a deep reading of the Qur’an; to a broad understanding of the hadith; to an engagement with the sources of shari’ah; to a critical analysis of our scholarship; to a deep understanding of Arabic. The notion of ensuring that our children can read the Fatiha correctly with tajweed as being the only goal in Islamic education has to end today.

We must begin again in the name of Allah. As we sit together over dinner, alongside discussing Ben Carson’s comments or the Irving clock fiasco or the niqab debate in Canada, we must begin to discuss Islamic education, and how to reinvigorate Islamic education in North America.

Mustafa Farooq is a Canadian law school graduate (University of Alberta) who is doing a Masters in Islamic legal theory (LLM) at UC Berkeley’s School of Law.

Justice Or Else: What Role Do Athletes Play In The Movement?