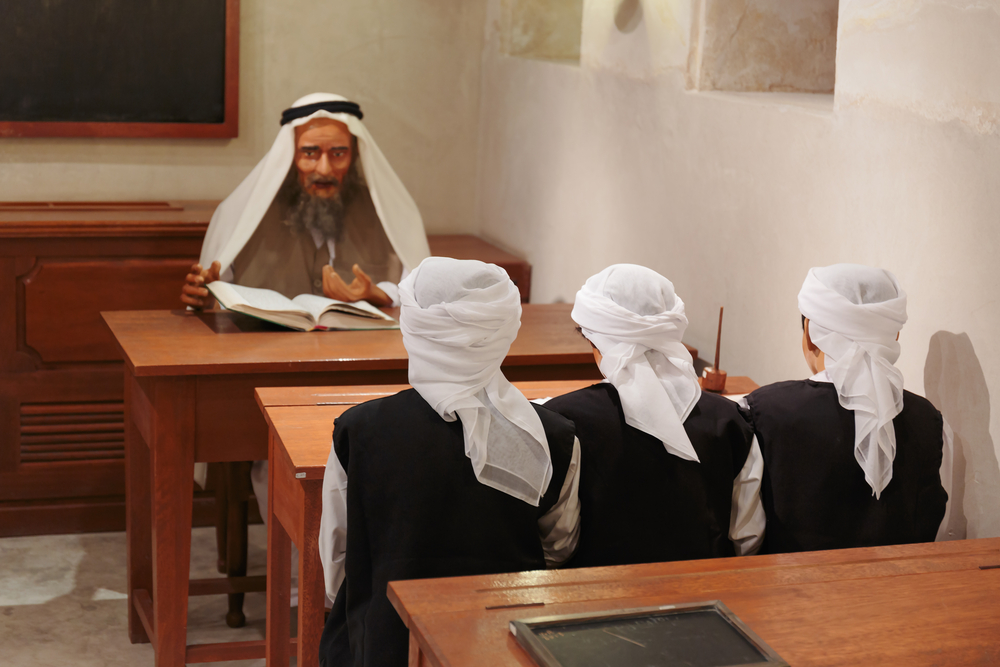 In light of Ustadha Zaynab Ansari’s recent critique of Celebrity Scholars and ‘blurred lines’, it is perhaps an opportune moment to perform a more extensive examination regarding the current state of Islam in America.  Though there are many aspects of her discussion that need exploring, for the purpose of this article I want to engage one particular aspect of Muslim American practice: Islam as entertainment.  By this, I am referring to the means by which we communicate programs, brand scholars and individuals, and attempt to spiritually engage members of the community.

A Marketplace for Spirituality

It is no secret that we live in a highly commercialized society.  Although this commercialization is nothing new, the introduction of the internet and the myriad media associated with it – social media, blogging, streaming videos, etc. – presents an entirely new set of circumstances.  Products are exchanged and marketed at startling rates such that even routine activities (paying bills, accessing ones email, reading the news) exposes one to dozens of advertisements.  In this context, generating demand for programs, activities, or even organizational viability requires a level of marketing that will be on par, if not superior, to what is being offered elsewhere.

And for the most part, this approach has proven effective, at least for its immediate intents.  Scholars who have taken to YouTube are popularized at greater lengths than those who have not.  Those with greater “like” counts for their FB pages, witty tweets, and personalized web sites are deemed ‘relevant’, while those who have chosen to eschew online media are not.  Authority is conferred by influence lists, with people eagerly checking to see where their favorite personalities rank.  But the crux of the problem is this: by marketing scholars, branding organizations, and producing the copious online material we now have, we have created a marketplace for spirituality. 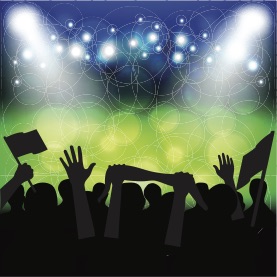 As consumers, we can now select among a variety of options which message resonates for us on any particular topic, or at any particular moment.  Our interest in a particular event or program is not driven by educational interest (though it may factor in, of course) but title, flyer, viral marketing, the organization’s logo, and much more.  Our perception of what an ideal sermon, class, or program consists of comes with a heightened expectation of entertainment, of marketability, and of relevance.  Though the message is important, it stands as a corollary to quality theatrics.

When communities become normalized to religion-as-entertainment, they become incapable of receiving Islam any other way.  And people are coming quite close to that: Prayers are always too long, attendees complain.  Accents are intolerable.  In conferences, the most knowledgeable personalities often find themselves in poorly attended parallel sessions, and over time simply get uninvited.  Masajid are constantly subject to the demands of fun, with communities becoming more recreationally oriented by the day.  Whereas once upon a time people listened to lengthy CD sets and read books, two to five minute emotionally charged, funny, or pithy YouTube clips now go viral.

In addition to more qualified scholars/teachers/du’at, a generation of youth is rapidly joining the party.  My own observation has been that ‘traditional’ volunteer and teaching platforms for youth – things like Sunday school, or local halaqat – are forfeited in favor of more visible da’wah.  From a young age, youth are conditioned to set their sights on a bigger stage where they can command a larger audience.  So now we have under-qualified (and at times, entirely unqualified) youth who don public FB pages as speakers/scholars which they curate aggressively.  Some upload their own YouTube lectures, manage their own websites, and promote their own brand.  And the reality is that if one wants to feign expertise, it’s really not that difficult.

This, to me, is not a sustainable approach for conveying or receiving sacred knowledge.  Teaching and studying the religion were historically viewed as serious vocations, and when one approached a subject of study, the assumption was that they did so with some intent of personal growth and implementation.  Entertainment is designed to make you feel good, to amuse, or to distract.  Religious knowledge is designed to tame one’s nafs, to remove distractions, and connect one with Allah.

A proper program of spiritual growth works to attenuate one’s dependence on being entertained, such that a person would be able to find fulfillment elsewhere.  And the irony of it all is that this is what people need.  In an environment so deeply materialistic, people are desperate for a program of spirituality and education that brings them closer to Allah.

A Conscientious Approach to Marketing

It is, of course, easy to criticize and difficult to offer solutions.  So as not to be found entirely guilty of such an accusation, I will attempt to offer two simple solutions as starting points.  Firstly, I believe everyone would benefit from a conscientious approach to how we market and convey religion.  I am not at all hostile to employing new media for outreach so long as that outreach is tactful, purposeful, and situated within a larger program.  It should be justified, and its limitations understood.  We simply cannot afford to ignore, or refuse to acknowledge, the many limitations of entertainment in relation to religion. 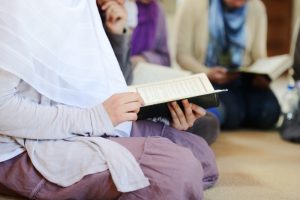 Secondly, we need to engender a culture that appreciates the benefits that come from a student-teacher relationship.  Youth eager to participate in da’wah need tarbiya with a teacher that can shepherd their growth in a healthy way.  I personally have spoken to popular du’at that complain about how their presence in a remote city can garner hundreds of people, but local classes in a masjid produce no more than a handful of regular, committed students.  When local classes and imams are no longer valued, communities rely on visiting du’at, mass-marketing, and controversial topics to appeal to an otherwise disinterested constituency.  We have to commit to a goal of altruism that is above quantity, growth, and expansion.  Our masajid are not Walmart, and we cannot be so indebted to the marketplace that we lose our ability to rise above it when necessary.

A natural objection to what I’ve written, I assume, will be in regards to the ostensible benefits of attracting large audiences with charismatic preachers. This critique should not be read as a criticism of anyone in particular, but rather about an environment. My contention is that although preaching religious doctrine is imperative for a minority community that routinely finds itself on the receiving end of public vituperation, if we are not careful, we will likely give rise to an environment that is not in the best interest of our community. As I have mentioned above, unless we as a community take a more conscientious approach to how we convey religion, we will inevitably find ourselves grappling with the prosperity gospel, televangelism, and the many challenges presented by religion in an age of entertainment.

It is my hope that the above critique presents itself as the start of a conversation rather than the closure of one.  I’m certain there’s lots I’ve overlooked.  If one wishes to, there is ample opportunity to distort its messaging to fit one’s belief, but believe me when I say that I question no-one’s intentions, nor do I advocate a simple piety that is neglectful of the world around us.  I am merely calling for deliberation, and I pray that this article contributes to animating a more substantial discussion on religion as entertainment.

Mobeen Vaid is an activist in his local community, regularly delivering khutbahs and volunteering with Muslim non-profits.  He is a student of traditional islamic sciences, and is a contributing writer for MuslimMatters

The Critical Time Between Athan and Iqama