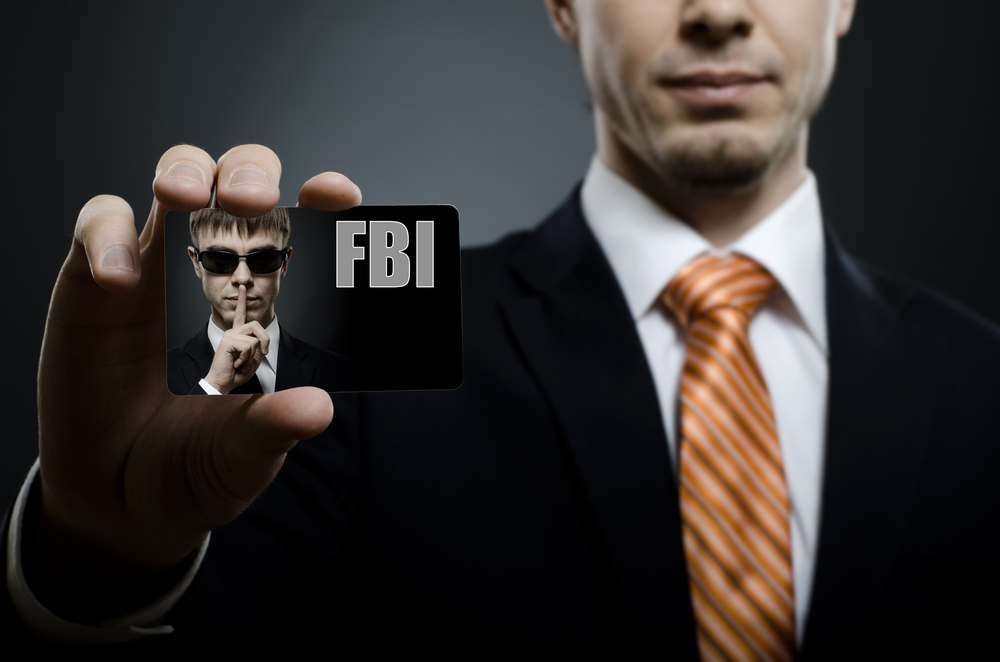 Currently, in Chattanooga Tennessee, many people in the Muslim community are going to be interviewed by FBI. In this or any environment, what should they do?

If the FBI wanted to talk to you, either unexpectedly or in connection with some sort of investigation, and you ask a lawyer what to do, this will likely be the easiest question he or she will ever answer: Give the FBI agent your lawyer’s number. Do not say a word beyond this.

This is not controversial at all, at least not for non-Muslims. One of the most distinguished lawyers in American history, Robert H. Jackson, while a Justice on the U.S. Supreme Court in wrote in Watts vs. Indiana , “any lawyer worth his salt will tell the suspect in no uncertain terms to make no statement to the police under any circumstances.”

If you don’t think you are a “suspect”- remember it is the Federal Bureau of Investigation, not the Federal Bureau of Social Visits. Even if you feel you are sufficiently articulate or well-trained in the law, or told you are not the subject of an investigation an interview with the law enforcement can still be damaging. It has happened before. A Law Enforcement agent will claim a “suspect” made a statement the individual denied ever making. The Jury will usually believe law enforcement.

If anyone in law enforcement were to be interviewed, the advice would be identical. In fact, police unions put a provision for this in their contracts.

Strangely, this standard advice has become somewhat controversial. In my own local community, some leaders have suggested organizations that advocate talking to a lawyer first, which is typical advice given in “know your rights” presentations offered by organizations such as the American Civil Liberties Union (ACLU) or the Council on American Islamic Relations (CAIR), are simply engaging in fear mongering. Furthermore, they are damaging relationships with law enforcement by turning them into something that is needlessly “adversarial.”

The “know your rights” presentation has been a staple of community-based civic education for decades. Group such as the ACLU) and inside the Muslim community, CAIR, are known to provide education to students, immigrants, unions and various sorts of organizations, including law enforcement organizations, on the first, fourth, fifth and sixth amendments of the U.S. Constitution as well as on State and local laws.   The presentation would typically include some basic information on what to do when questioned by law enforcement, the rights of protesters (when appropriate) or other information necessary for people who wish to become engaged, active and less fearful citizens.

Why would anybody claim “know your rights” presentations are damaging? The most prominent place this type of sentiment is reduced to writing is from the Muslim Public Affairs Council (MPAC), and their “Safe Spaces Initiative.”   While it has been problematic for a variety of reasons, some of which have been previously addressed, it provides advice to Muslim leaders and communities on educational programing it finds troublesome.   It does this by citing a well-known Muslim lawyer.

“Rabia Chaudry, a board member of the Maryland Chapter of the American Civil Liberties Union (ACLU) and an expert in training law enforcement on Islamic religious practices, noted many communities’ need to move away from being interested in only receiving “Know Your Rights” trainings. Based on her extensive experience of engaging both communities and law enforcement, she said she felt that an adversarial relationship between both sides harms everyone, especially communities.”

I asked Chaudry about this, since the statement (where she is not directly quoted) made no sense. First of all, the notion that Muslim communities are “only” interested in “know your rights training” seems preposterous, perhaps less than artful phrasing. Muslim community leaders cover other subjects all the time. Secondly, the implications that such trainings, designed to develop civic and constitutional literacy among Americans create an adversarial relationship that is harmful to communities is such a remarkable pro-ignorance claim that I had trouble believing Chaudry would ever make it.

As it happens, Chaudry did not make either claim. She told me over email that she was “slightly misrepresented” in Safe Spaces. She is certainly pro-engagement with law enforcement, but her advice concerning individual interactions with law enforcement interviews does not depart meaningfully from what any competent licensed attorney would say. Indeed, her presentations to Muslim groups includes what should be a non-controversial stance that Muslims should know their rights. She does, however, advocate engagement with law enforcement that is both “smart and safe.”

Another claim made in Safe Spaces is that case law lends support to the notion that an adversarial relationship, which is created when citizens learn about their own rights, is damaging because of US Supreme Court Case law. This novel claim came from a law enforcement trainer:

If a law enforcement agency has an adversarial and mistrusting relationship with their local community, any tips (especially anonymous ones) they receive from it may be treated with extra caution and hesitation because they won’t be certain of its reliability and ability to withstand scrutiny in court.

There are two different parts to this claim, which, interestingly enough, was provided anonymously but adopted by MPAC.   The first is “any tips” received from a source that law enforcement does not have a good relationship with is now suspect because the source of this tip has been educated about his or her rights under the Constitution. This is completely baseless. There is no Supreme Court case law anywhere that could support such a notion.

You can certainly be educated about your rights and provide a reliable tip to law enforcement. Law enforcement will not ignore it merely for that reason and courts will not exclude evidence that came from you.

The second parenthetical claim is true as far as it goes, an anonymous tip will be regarded as less valid in search and seizure cases. The reason for this has nothing to do with a citizen’s relationship with law enforcement and whether or not citizens have been educated about their rights. The cases cited by MPAC, Ohio v. Roberts, 448 U.S. 56 (1980) and Alabama v. White, 496 U.S. 325 (1990) involve questionable police practices based on “anonymous tips.” An anonymous tip is not the same as a tip from somebody who has an adversarial relationship with law enforcement. It actually may be quite the opposite. The anonymous tip may be an illegal search or illegal surveillance re-branded by the police to make bad conduct more palatable to courts. Courts know this, and require additional police work beyond an anonymous tip for a search for illegal weapons or contraband to withstand scrutiny. If their police work does not withstand scrutiny, Evidence may not be used against the defendant in court. This kind of rule exists to not reward the police for bad behavior. It does not exist to keep citizens ignorant.

Plainly, the notion that it is damaging for citizens to be educated about their constitutional rights because that creates an “adversarial relationship” with law enforcement that weakens their ability to provide tips is nonsense.

Unfortunately, whenever there is a call for vigilance in the community when the FBI wants to interview people, some Muslim leaders who should know better will claim this and other “know your rights” advice fosters an adversarial relationship or that we have nothing to hide. Don’t buy it. If you are questioned by law enforcement, follow the advice of Justice Jackson and every other competent lawyer in the country. Know your rights. Be safe. Be smart. Get a lawyer.

Related Topics:ACLUCAIRCVEengagementFBIlawmpacSafe Spaces
Up Next