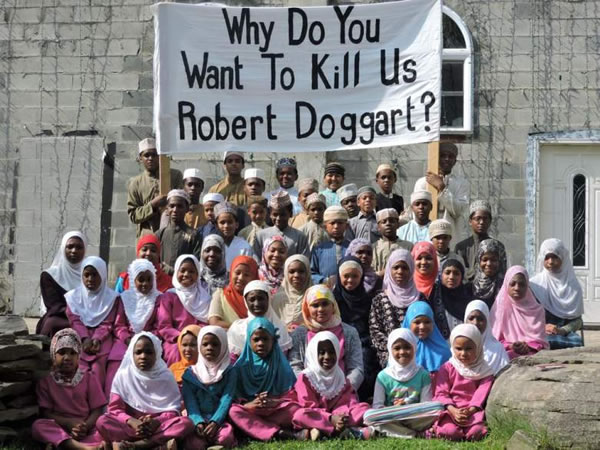 Federal law enforcement agents caught a real terrorist. He was plotting to attack a small town in New York, burn its buildings and kill its residents. The terrorist was planning to bring like-minded militants and various weapons to help him kill as many people as he could.

“If it gets down to the machete, we will cut them to shreds.”

No informant provided the plot or tried to convince him to commit these crimes. This would-be massacre was the sole creation of this real-life terrorist.

Federal prosecutors secured a plea deal on April 24. The defendant in this case admitted to “threatening an armed attack and firebombing of a New York… community.” A victory for the F.B.I. Yet, the agency did not issue a press release or hold a press conference touting this latest win in their war on terror. No well-orchestrated media circus followed this plea deal. 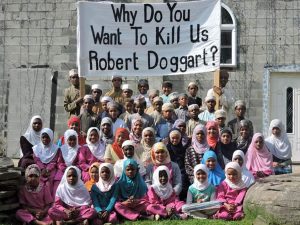 In fact, federal prosecutors were only seeking charges related to violating “civil rights laws, specifically a violation of Title 18, United States Code, Section 247(a)(1), intentionally defacing, damaging, or destroying any religious real property, because of the religious character of that property, or attempting to do so” and threatening to kidnap or injure others.

This individual, who was planning to attack with a small army and kill innocent people, was not charged with any terrorism related crimes. None. 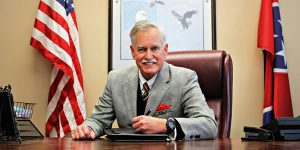 Doggart is an ordained Christian minister. He is a Navy veteran. He is an engineer with a Ph.D in engineering management from LaSalle University. He is white, Protestant and a Tennessee native. He ran for Congress in 2014 and received 9,200 votes. He referenced his faith as justification for his crimes.

I do not mention these facts to shed a negative light on Christianity, veterans, engineers, LaSalle graduates, whites, Tennesseans or congressional candidates. None of these characteristics are relevant to this individual’s crimes. I mention these facts to highlight the vast differences in how Muslims and non-Muslims are treated by federal law enforcement and the media.

When the F.B.I. accuses a Muslim of committing a crime, terrorism charges are often thrown in his or her face. In fact, federal law enforcement spokespersons often describe Muslim defendants as terrorists even when no terrorism charges are involved in the case. This was true for Aafia Siddiqui, Ibrahim Dremali, Rafil Dhafir and others.

Adding a terrorism label to a criminal cases also increases the prison terms. It’s called “terrorism enhancement sentencing guidelines” and can more than double the time a defendant spends in prison. These guidelines seem to have been written just for Muslims.

This comes as no surprise. The federal law enforcement agents received training from anti-Muslim extremists who teach them to view Muslims as violent and radical. Not just some Muslims… all Muslims.

The Doggart case just affirms what we’ve observed for more than a decade. Muslims are treated differently in the American justice system. The “terrorism” label is often thrown at Muslims in an apparent attempt to increase the chances for convictions – and it seems to be working. Terrorism is scary and no one wants to let a terrorist go free. But when these labels are reserved for a special classification of people (i.e., Muslims), then a separate and unequal system of justice is created.

And that’s a system of injustice.

Doggart is currently out of jail on a $30,000 bond as he waits for a judge to sign the plea deal. If signed, Doggart faces up to five years in prison for planning to massacre 200 Muslims… men, women and children.

Hopefully, this case highlights the need to defend Muslims against injustice in the American court system. Hopefully, this case sheds additional light on the problems Muslims face when caught up in the controversial, biased and unfair targeting and discrimination against Muslims by law enforcement and the courts. Hopefully, this case serves as an example of how important it is for Muslims and all supporters of equality and freedom to “stand out firmly for justice” because this is not the only “if he were Muslim he would have been called a terrorist” case in America.

Khalil Meeks is the Executive Director of Muslim Legal Fund of America —a national charity that funds legal work and programs to defend Muslims against injustice in American courtrooms, prisons and communities. Established in 2001, MLFA has defended freedom of speech, association, and religion as well as the right to a fair trial and other constitutional rights.

Draw Muhammad – Another Point of View