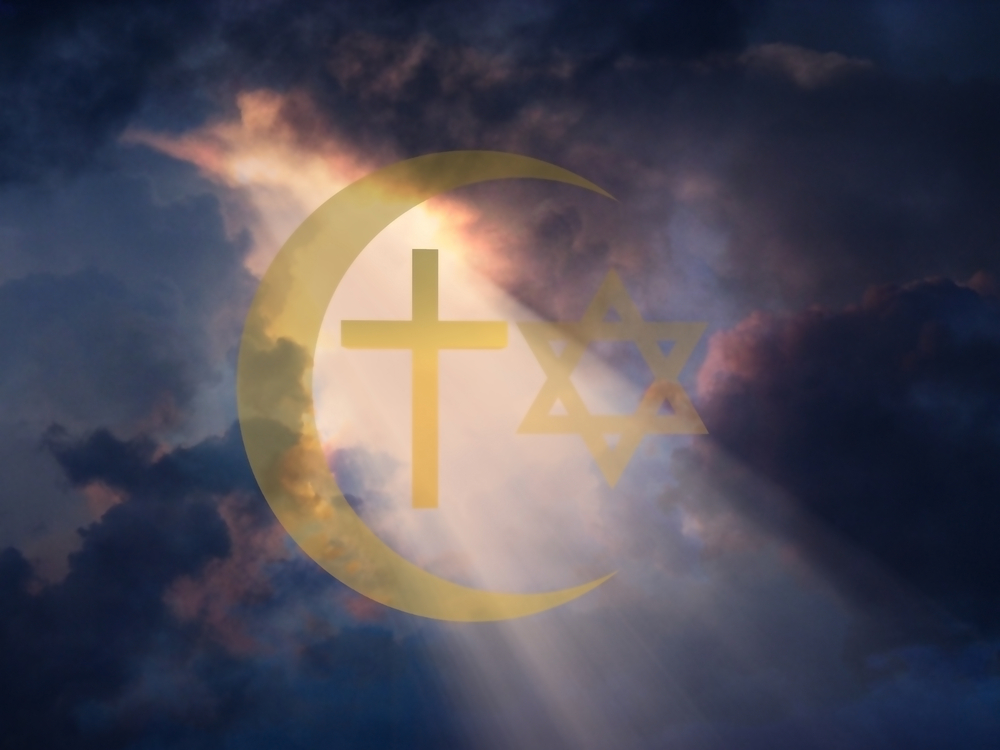 Turn on the T.V. in last few weeks and we are inundated Draw Muhammad news. First it is was the contest in Texas; then there was the attempt to place the drawing on Washington, D.C. Metro systems; now there is the rally in Phoenix.

The story of how Abraham

destroyed the idols in his father’s shop can be found in the Jewish text of the Midrash Genesis Rabbah 38.13, and Surat Al-‘Anbyā’. For those that don’t know, Abraham

destroyed all the idols in his father’s shop, except for one. He placed the stick in front of the only remaining idol. His father asked what happened and Abraham replied by saying

What should we take away from this? That Allah does not want anyone worshiping idols. I understand that this seems to just be for the Jewish people and Muslims, but wait…there is more!

“You shall not make for yourself an image in the form of anything in heaven above or on the earth beneath or in the waters below.

You shall not bow down to them or worship them; for I, the Lord your God, am a jealous God, punishing the children for the sin of the parents to the third and fourth generation of those who hate me,

but showing love to a thousand generations of those who love me and keep my commandments. “

The same verse can be found in the Torah. So this commandment holds for the Jewish people and the Christians. What about Muslims? Well other than the fact that we believe in the 10 commandments, we can read in Surat Al-Ĥaj

“That [has been commanded], and whoever honors the sacred ordinances of Allah – it is best for him in the sight of his Lord. And permitted to you are the grazing livestock, except what is recited to you. So avoid the uncleanliness of idols and avoid false statement…” (22:30). That seems like a pretty clear command from Allah.

However if that isn’t enough for you there is Surat ‘Ibrāhīm (14:35)

“And [mention, O Muhammad], when Abraham said, “My Lord, make this city [Makkah] secure and keep me and my sons away from worshipping idols.””

No matter how you look at it a strong case can be made against idols and idol worship in any of the 3 major religions; thus we can all agree that idol worship is wrong.

When someone draws the Prophet Muhammad

Muslims get upset, why? Because we shouldn’t have images of the Prophet

for fear that someone might worship that image and not Allah. Someone could put more faith in that image than in Allah.

into an episode where is the Muslim outrage? When South Park animates Jesus

into one of their shows are Muslims protesting? When Adult Swim debuted the show “Black Jesus” where was the Muslim voice saying that it was wrong?

not our Prophet too? Are these not images of a Prophet being broadcasted?

When the Family Guy episode aired the inquisitr.com reported that “Christian News says that this time Seth McFarlane, who is an outspoken atheist, has gone too far in his mockery of Jesus Christ. A collection of angry comments proved that Christians were not happy with Family Guy’s treatment of their savior, Jesus Christ.”

After “Black Jesus” aired on Adult Swim USA Today reported that a pastor said “It was horrible, disgusting and completely offensive. Down to a person, everyone in the youth group was offended. It just shows where we are a nation. … We have no respect for God,”

The article goes on to say… “The loss of faith among youth is having a detrimental impact on the nation… When I was a senior in high school, in 1974, prayer was a part of our society, there was an acknowledgment of God,” he said. “Today, faith is perceived as a myth. There is a lack of respect for the authority of God, although I will tell you that if Hollywood had produced a program called Black Muhammad, or whatever, there would be an outrage.” “

The Reverend that made this statement is spot on. We are commanded in Surat Al-`Ankabūt “And do not argue with the People of the Scripture except in a way that is best, except for those who commit injustice among them, and say,

I get that in this current anti-Muslim climate it may seem like a lot to ask; especially when it feels that everyone is out to “get you.” But the first step is trying; after all if Muslims can protect the Jews  while they pray in Norway, and Christians can protect Muslims while they pray in Egypt, maybe we can work together to put an end to this Draw Muhammed fad without letting people that use violence as a means of communication speak for us.