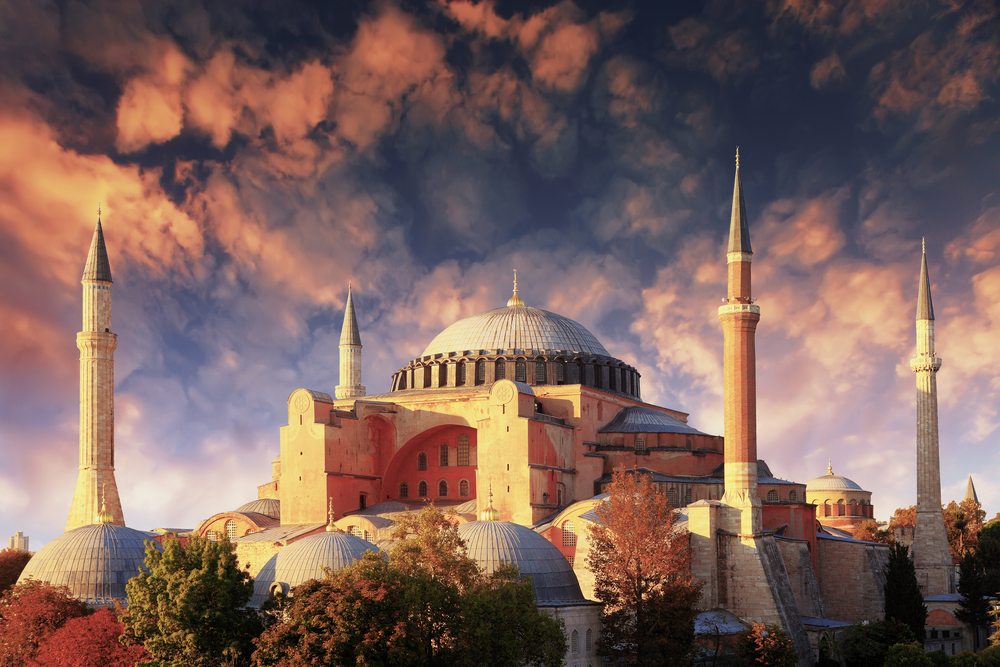 Early modern interactions between Western Europe and the Ottomans were not only dynamic but a clarifying comment on an age in which global imperial authority was outside western hands.

Our modern discussion around the Western world’s relationship with non-Western regions is often seen in terms of the former’s political, economic and military superiority against the latter’s relative inferiority. This is particularly true with Western European colonialism so fresh in our minds. Only in 1947, less than 70 years ago, did Britain finally leave India, the ‘jewel in the crown’ of the British Empire. Western European colonialism remains fresh within living memory. However, the balance of power was not always so.

In the early modern period, a timespan ranging from the late fifteenth century to the late eighteenth century, when Western Europe was just beginning to increase travel around the world, and long before a meaningful Western European colonialism had been conceived, the case was quite the reverse. This was especially seen in relation to the Islamic worlds, whose empires, against a far weaker Western Europe, were some of the most powerful entities in the world.

The leading empires of the Islamic worlds were the Turkish Ottoman Empire that stretched from Europe into the Middle East and North Africa, the Persian Safavid Empire in the Middle East, and the Indian Mughal Empire in Asia. These empires held the geopolitical advantage as powerful, wealthy and militarily advanced civilisations, far removed from prospects of Western European domination. I use the phrase “Western Europe” advisedly to refer to that particular region of the continent as opposed to the entire continent – the Ottomans too were a European entity, and present day Turkey is part of the continent, a fact often forgotten.

Our readings of history and literature has tended to a Eurocentric direction that has failed to give due attention to the rich tradition and heritage of engagement with non-Western European lands prior to the onset of Western European colonialism. Traders, travelers and diplomats from Western Europe would often travel to these regions seeking a slice of the vast and lucrative markets that contained rich commodities from spice to silk. These encounters were influenced by the very different balances of power at play; Western Europeans were the weaker figures seeking economic benefit in these powerful empires and markets.

In the early modern world, the most powerful empire in Europe was that of the Ottoman Turks. The Ottomans had been established on the European side of the Bosphorus Strait since the late fourteenth century and in 1453 the Conquest of Constantinople, led by Sultan Mehmed II, extinguished the thousand-year-old Byzantine Empire and rendered the city the new Ottoman capital. The Turkish conquest of Constantinople heralded a new age in Ottoman expansionism in Europe that would extend through the Balkans and central Europe reaching the gates of Vienna. Although in 1529 Sultan Suleiman I, who had conquered the Western Balkans and most of Hungary, laid an unsuccessful siege to Vienna, it would not be until the 1680s that the Ottomans suffered any permanent loss of land,  and by 1683 they were back at the gates of Vienna.

Educated Western European observers would be awed by the Ottomans; it was they who gave Suleiman the epithet ‘the Magnificent’ rather than the Ottomans, who named him ‘the Lawgiver’. The early modern French jurist and historian, Jean Bodin (1529/30-96), would assert,

“If anywhere there exists an authority worthy of the name of empire or of authentic monarchy, it is surely the [Ottoman] sultan who wields it… It would be far more just to regard the Osmanli [i.e. Ottoman] sultan as the inheritor of the Roman Empire…”

The famed early modern English historian Richard Knolles (1545-1610) would comment on the impossibility of the task to ‘set downe the bounds and limits’ upon the Ottomans who accept ‘no other limits than the uttermost bounds of the earth’. Meanwhile, as the Ottomans gained control of Islam’s holiest sites of Makkah, Madina and Jerusalem, they would come to formally claim the title of “Khalif”, assuming for themselves leadership of the global Islamic community. They were unique among the early modern Muslim empires in claiming this title.

For the English, the Ottomans were the leading eastern object of both fear and fantasy yet with flourishing trade and diplomatic relations they influenced England most significantly in this period. In 1580 William Harborne, the first official English Ambassador from the court of Queen Elizabeth I to the Ottomans, negotiated the first Anglo-Ottoman commercial treaty in Istanbul, culminating in the formation of The Levant Company that traded heavily across the Ottoman Empire. Of all Western Europe, Britain enjoyed the most commercial activity with the Islamic worlds in the seventeenth century; trade with the Ottomans alone accounted for a quarter of England’s overseas commercial activity. Such was the centrality of Ottoman trade that when in the late 1500s an overzealous English gentleman, Anthony Sherley, attempted to form an Anglo-Persian alliance against Ottoman expansionism, thereby threatening the Levant trade, Queen Elizabeth’s wrath was so severe that she banned Sherley from ever returning to England. Meanwhile, Anthony’s brother Thomas, who fell afoul of the Turks and was imprisoned by them, would upon release and return to England in 1607 be arrested for interfering with the Levant trade.

That Western Europe, and particularly the English under Queen Elizabeth I and later under King James I, continued to retain strong partnerships and trade agreements with the Ottomans, despite the latter’s expansionism through the former’s borders, is an interesting comment on the dynamics of the relationship. While foreign policy was at odds, in a world moving swiftly towards a globalised capitalist economy, profit won out and determined the terms of treaties and encounters.

Queen Elizabeth I recognised the importance of international trade and diplomatic alliances in an age of Eastern political authority, shifting economies and increasing globalisation, and was conscious of the significance of the Ottoman Empire within that picture. While the early modern period, where imperial authority lay firmly outside Western European hands, was far different from our present moment in geopolitical terms, in terms of international relations it seems things were not so different.

Breakdown of the Recent Turmoil in Baltimore

Stop. On Thugs and Rioters and Human Beings