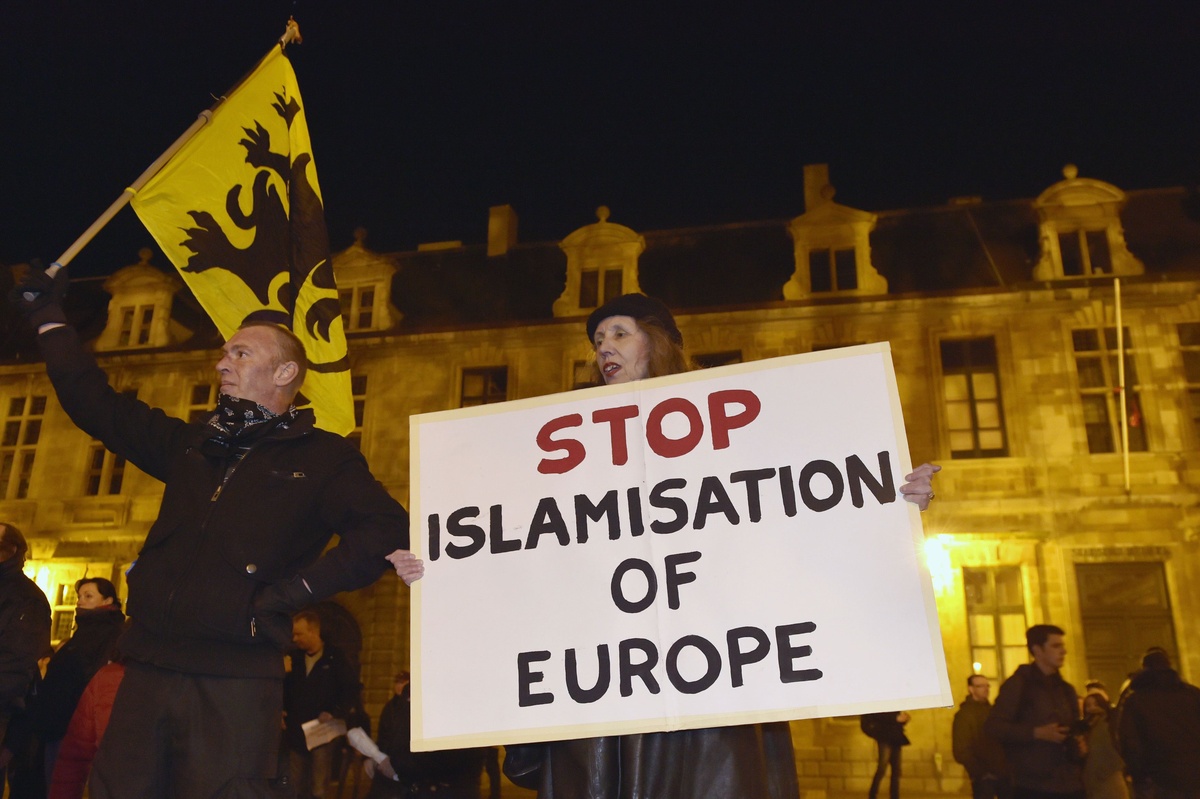 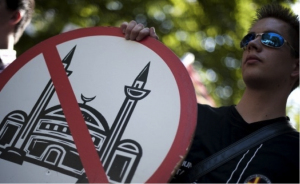 The Far Right is spreading throughout Europe and becoming an influential force within politics and wider society.[2] 2014 was the first time that three Far Right parties came first in the EU nation-wide elections, namely the Danish Freedom Party (DFP), the French National Front (FN) and UK Independence Party (UKIP).[3] Other European countries are also seeing a rise in their Far Right movements, such as the Jobbik in Hungary, which became the country’s third largest party in 2010. Another example is the Swiss People’s Party (SVP), Switzerland’s largest political party since 1999 which peaked in 2007, which successfully launched a campaign in 2009 to ban building any new mosque minarets.[4] 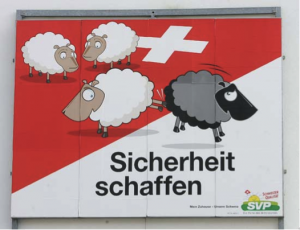 Poster, with the slogan “To Create Security,” derived from the SVP’s 2007 proposal of a new law, which would authorize the deportation of criminal foreigners.[5]

However, it is important not to be sensationalist when discussing these issues. As Mudde argues, provocative headlines – such as the far right are “sweeping” Europe and causing an “earthquake” in politics – need to be carefully assessed.[6] It is true the Far Right is gaining ground but its success is varied across the EU. For example, the increase in Far Right members in the European elections will make little difference unless they unite – a rare possibility.[7] Far Right parties have not enjoyed the same level of success in Mediterranean countries such as Spain, Portugal, and Greece. Even in Switzerland, the popular SVP lost a few seats in the 2011 election.[8] On a social level, Patriotic Europeans Against the Islamisation of the West (PEGIDA) formed in Dresden initially drew crowds of 25,000, but the movement has now dwindled; recent marches now only gathered 2,000 people. Their first march in the UK was dwarfed by a counter-protest four times larger.[9]

There are variations within Far Right parties,[10] however, broadly speaking, they have three distinct features:

Far Right parties portray themselves as representing the ‘man on the street’ against the elite, who have ‘betrayed the purity of the nation’ by opening its borders. Despite some common overarching features, each Far Right party is a product of its own environment and narrative of history. For example, anti-Semitism is a significant feature in the Baltic States (Bulgaria and Romania), Hungary and Poland. These states were not part of the post-war Western European process of remembering the Holocaust and the horrors of aggressive nationalism. (This is one of the reasons why the Charlie Hebdo magazine in France could not print anti-Semitic images with impunity. Also, Geert Wilders takes a pro-Israel stance to avoid being classified as anti-Semitic.) Anti-Roma sentiment is also strong in Bulgaria, Italy, France and Czech Republic, and is particularly violent in Hungary.[12] Homophobia is also a salient feature in more conservative Eastern European countries.[13]

Another common feature particular to this time is the rejection of the EU. Anti-EU sentiment is linked to the idea of a powerful sovereign nation against the tide of opening the borders for Europeanisation and Globalisation. But while the economic crisis is a factor in the success of Far Right parties, many argue that it is not a direct correlation. These parties were gaining popularity before the crisis, and even some prosperous countries – such as Austria, Norway, Denmark and Switzerland – still see a rise in the Far Right. Although the majority of Far Right supporters come from working-class backgrounds, the educated middle-class are now also joining the ranks, driven less by economic factors and more about preservation of national identity.[14]

The Far Right and Islam

Immigration has always been a central issue in Far Right discourse. Immigrants are seen as threats, as they drain state resources and are a sign of decay that is undermine the national fabric. However, as Betz claims, the discussion has shifted its focus to the meaning of integration and the type of immigrant. Now they claim that certain groups are inherently incompatible to modern liberal values and therefore can never integrate. Far Right groups, Ignazi points out, have borrowed elements of liberal thought as a tool against Muslims. To this end, we see Geert Wilders claiming that he is not an Islamaphobe, but rather Muslims are in fact the source of intolerance.[15] This feeds into the ‘moderate Muslim vs. radical Muslim’ discourse where the ‘good Muslim’ is integrated (read ‘assimilated’) and the ‘bad Muslim’ should be targeted. Framing the argument in this way is a tactic to deflect the label of racism.

It is clear that Islam is now the new enemy and that, as Jean Yves-Camus states, “racist rhetoric today [has] an undeniable Islamaphobic dimension.”[16] The Forum of Muslim Youth and Student Organisations (FEMYSO) report outlines six different arguments posed by Far Right groups against Islam:[17] 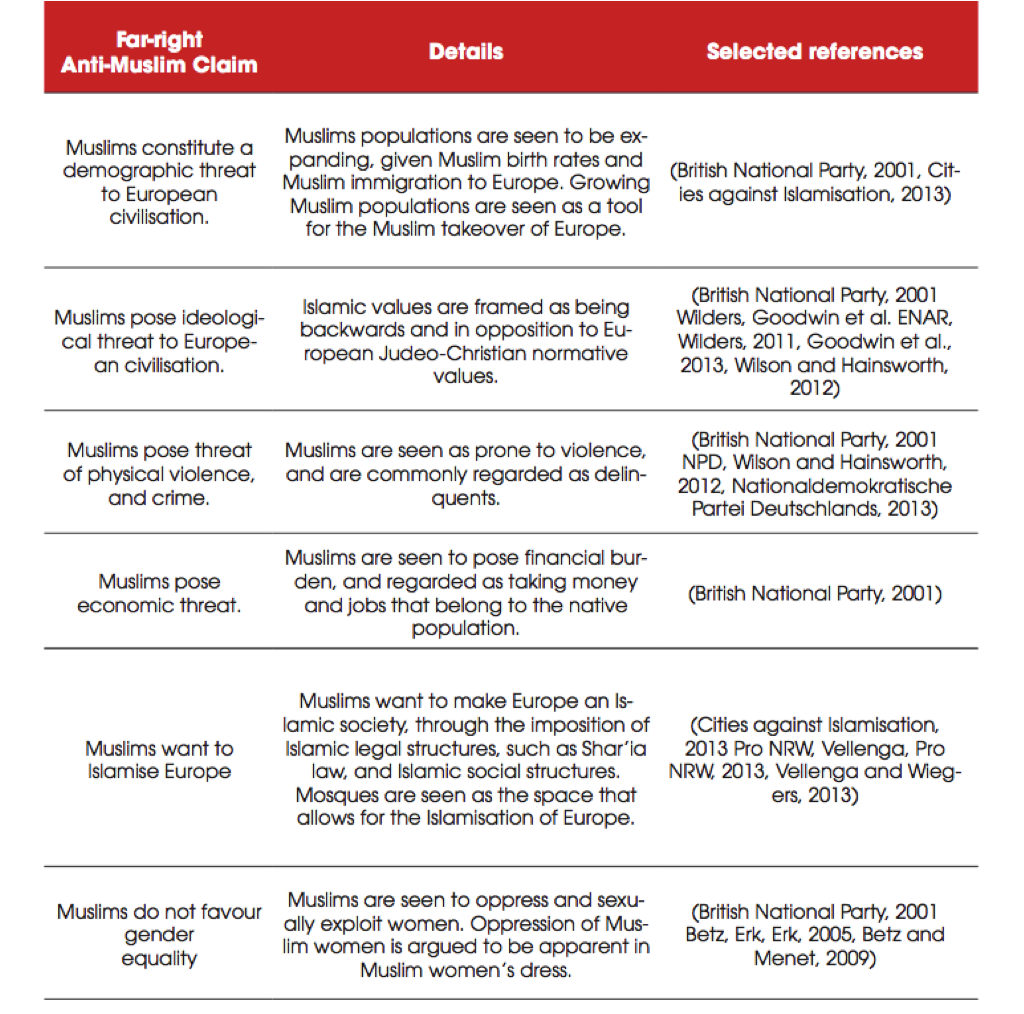 One of the by-products of Far Right Islamaphobic discourse is the growing relevance of Christian narratives and motifs. Jose Pedro Zuquete argues this is directly related to the increased perception of Muslims and Islam as a threat. It is the narrative of embattled ‘Christian Europe’ under attack by Islamic Shariah Law, and the high birth rate of Muslims. Demonstrations against mosques and minarets throughout Europe are about preserving the ‘Christian heritage’ of the country. At a protest against the burqa, a European MP for the Northern League declared that ‘Islam is a dangerous virus, and we must stop it from spreading, because Padania must remain Christian.’[18] In 2006, the Far Right party in Austria released a political advertisement showing the cross on top of the oldest church in the country being replaced by an Islamic crescent.[19] Probably one of the most thought-provoking comments is by a member of the Far Right Flemish Party Vlaams Belang who said, “Many of us are not ‘believers’ in the religious meaning of the word, but we share the moral values of Christianity. They are the foundation of European civilization.”[20] More recently, at the PEGIDA protest, people held up the German flag in the shape of a cross. 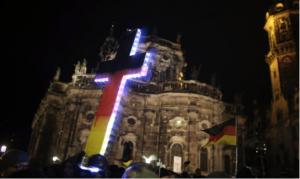 Strategies Against The Far Right

The Bertelsmann Foundation in Germany analysed strategies against the Far Right in eleven European countries. Also Professor Guibernau –one of the leading academics in this area – similarly concludes the following:[22]

[7] Academics note the fragmentation between different Far Right parties across Europe. While they are all clear on what they reject, they lack a coherent plan for the future. One such example is point 7: http://proigual.org/the-far-right-and-the-2014-european-elections-in-7-points/

[13] For more detail about the differences between the parties see Robin Wilson and Paul Hainsworth. 2012. Far Right Parties And Discourse In Europe: A Challenge For Our Times. Brussels: European Network Against Racism (ENAR). pp. 11-14.

[16] Cited in José Pedro Zúquete (2008) The European extreme-right and Islam: New directions?, Journal of Political Ideologies, 13:3. p. 322. [It is important to note that this is not an entirely recent phenomenon. In 1990 the French National Front magazine dedicated an issue to the ‘incompatibility’ of Islam with European culture and ‘a danger for Europe.’]

Trust Allah in All of Your Affairs, and You Will Never Be Disappointed

Living off the Land- Urban Farming