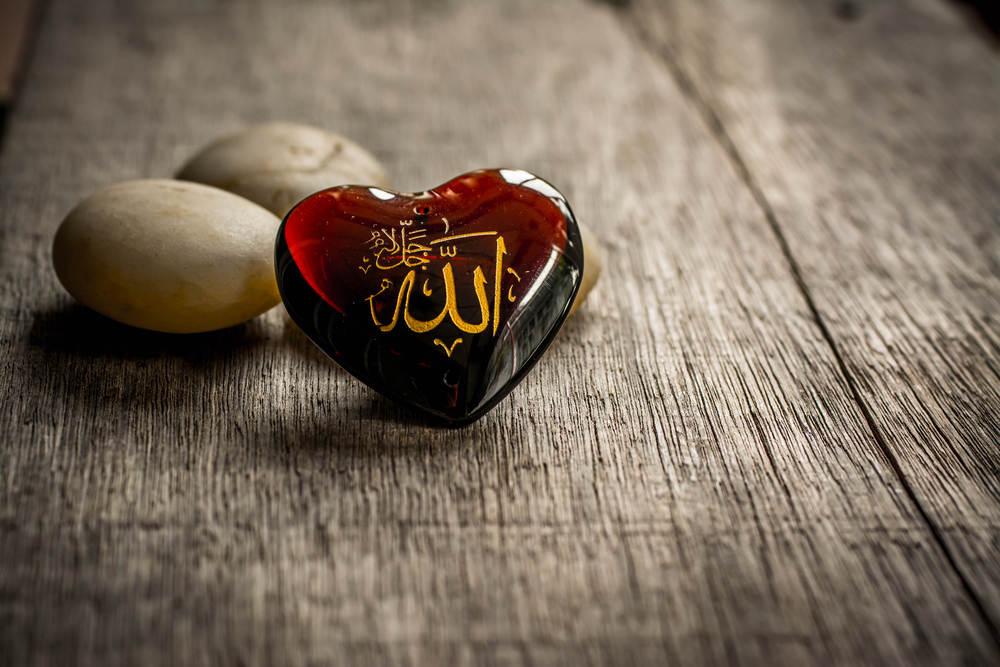 Sleeping bag, flashlight, rain poncho. The list of items needed for my daughter’s weekend trip to Girl Scout camp stretched on and on. Non-scented chap stick-so as not to attract raccoons, sunblock and shower shoes. I checked each item off the list as I perused the aisles of Walmart, Dollar General and Target, but my mind was preoccupied. I was supposed to be focusing on responding to my upcoming segment on the Today Show, gearing up to face critics and possibly, even some Muslim backlash.

Visit NBCNews.com for breaking news, world news, and news about the economy

Instead, I rushed to and fro from store to store, looking for the last unchecked item on my list- a metal kit of eating ware.  I couldn’t find it anywhere. Having already tried three stores, I finally emailed my troop leader. “Does it have to be metal?” I asked her. Isn’t there an alternative?

She replied back right away. Yes, it can be hard plastic. But I was determined to fulfill my list. I went from store to store, asking the sales representatives if they carried metal camping plate sets. Cheap ones preferably. They shook their heads and looked bewildered.

I had pored over tons of lists in the days leading up to taping the Today show- what to say in an interview, how to sit, what not to wear, how to talk. Checking each item again and again, making sure I felt ready. Worries occupied my mind- would they ask me about terrorism or ISIS? Will I remember not to slouch? What will the Muslims think? I stayed up late cleaning the shower to clear my head, then ironed every last wrinkle out of my hijab. I was prepared, or at least I hoped I was.

Allah says in the Quran, “He arranges each matter from the heavens and the earth.” (Quran 32:5) Regardless of how much we plan, Allah’s plan is already in place. As believers, we have to trust Him to guide us in our own planning, and know that Allah’s plan will always be fulfilled.

So when I sat down that day with Willie Geist of the Today Show, all my lists melted away. We chatted for a while about his kids and my kids. We laughed about the complexities of parenthood and the debate of having more kids. Then suddenly the camera was rolling and I wasn’t in a room filled with tons of camera equipment and a production crew. Instead, my host and I just chatted about family, life and my journey towards peace with my mother.

Before the segment, Geist surprised me in saying how he had also written a book with his dad. In Good Talk, Dad, he was finally was able to address topics he and his dad had never discussed as a kid.

Everybody’s family has issues, I thought to myself, as we began talking about his own family struggle.

And then miraculously, I forgot about my thousands of lists and worries and had a conversation with someone who could relate to the idea of talking through the important issues in life. My preoccupation with nailing the interview no longer distracted me as we talked about the interfaith faith struggle in my family, and my conversion to Islam.

I was present, and Allah was in charge.

The interview ended up going smoother than I had expected, with the production crew following us to the masjid for prayer. We called in advance, informing the imam that a camera crew would be filming inside the masjid. When we arrived, a sister who tends the masjid was busily tiding up any messes that she could find. She graciously offered the crew water and ice cold sodas. A feeling of extreme gratefulness came over me, as I realized that Allah had planned for this to go well. No negative backlash from the story came my way, no one objected to filming in the masjid. It all went as smoothly as Allah had planned.

A few hours after the show aired, I raced into Dick’s, a local sporting goods store, in search of that last stubborn item on my camping list. I finally found it, a small box of aluminum plates and bowls on sale for $5.99. I picked two up, one for my daughter and one for myself, then sighed, realizing that my obsessiveness has officially stressed me out, and wondering if the other parents where as concerned about their lists.

I spend another late night awake again- washing clothes and tying up loose ends before day light arose. At 3 a.m. I finally zipped the last bag and I decided not to spend any more time obsessing over the camping trip. I checked my list again, discovering I was actually a few items short. I decided not to worry. Instead, I found hope in trusting that God’s plan will be fulfilled despite my forgetfulness and concerns. Allah is in charge. He has a plan for me, a plan for my family and a plan for all of us that trumps any list we can arrange. We can find peace in that fact-hoping that God in His wisdom will lead us in the right way.

My daughter and I left for camp in a hurry to make the 4:30 p.m. opening ceremony. I turned left, and was automatically transported into Tennessee’s backwoods. I meandered along the single lane highway, glancing from time to time at the Cumberland River to my right. A few drops of rain fell on my windshield, then suddenly it was a downpour. My windshield wipers couldn’t keep up. I couldn’t see a thing. A half a dozen cars pulled over into the shopping center parking lot to my right. That can’t be good, I thought. I pulled over too, parking right in front of a Domino’s pizza delivery store.  I looked at my phone. A tornado watch for Anders County was in effect exactly where I was sitting. My heart began to race. The rain started to sound like hail. After all my planning, I realized that I might not even arrive.

“Say, Never will we be struck except by what Allah has decreed for us; He is our protector. And upon Allah let the believers rely.” In Surah 9 verse 51, the Quran instructs us to rely on Allah because he will guide us as we travel in life. We can plan as much as we want, but without Allah’s guidance, we are lost.

So, I decided to take a risk and we drove on. The wind and rain pounded on my driver’s window. Again, I pulled over right away, this time into a veterinarian clinic a few feet down the road. I laughed at the irony of possibly having to go home and unpack after all that planning.

The clouds raced across the sky and the rain began to let up. “Look for a rainbow,” I called to my daughter in the back seat, “the storms passing.” I thanked Allah for the reminder-Allah’s plan will follow through, despite our own plans.  I thanked Allah again as I remembered that I packed our rain jackets, then headed out the car door, my daughter happily skipping in the rain puddles beside me. I splashed along with her, looking up into the emerging sunlight, feeling hopeful in what Allah had planned for my day, and knowing that He will see it through.

The Rise of the Far Right and Islam

Alana Raybon is a seasoned elementary school teacher and new author. During the past ten years, she has served as a 3rd-7th grade lead teacher to a diverse population of students. She has been a mentor to new and student teachers, an adviser to a school's accreditation process, a tutor, and a member of various school-related committees. Alana found her calling to education while working with troubled youth at a youth home, and later as a paraprofessional in a 2nd grade classroom. Alana entered into the elementary education program at the University of Northern Colorado and converted to Islam during her sophomore year. After graduating with a B.A. in Education, she married and began teaching as an elementary grade teacher. Alana is now a mother to three young children and a teenage step son. She was featured with her mother on unique mother/daughter interfaith relationships in the Houston Chronicle, Glamour Magazine, and also in a faith week segment on the Today show. Now living in Tennessee, she has been teaching middle school has just finished her first book, Undivided-A Muslim Daughter, Her Christian Mother, Their Path to Peace, which will be coming out on April 28th, 2015.