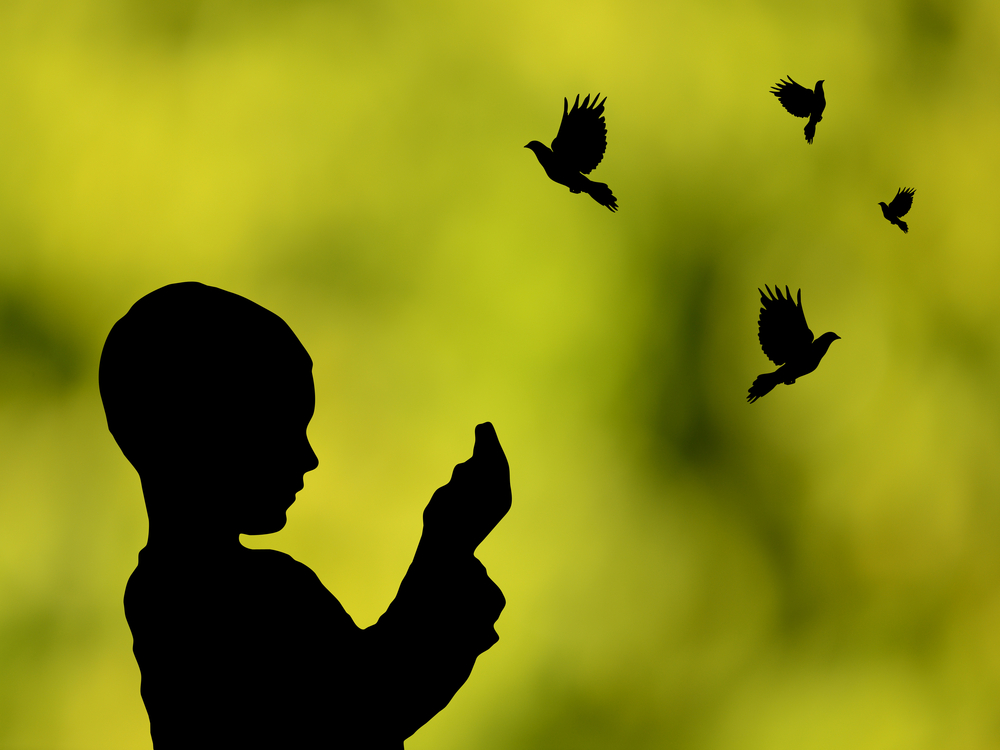 It’s easy to feel down these days with everything going on around the world. There’s an awful lot of negativity out there making the headlines. But in the words of the timeless Dr. Seuss, “keep your eyelids up and see what you can see.” You’re sure to come across some beautiful things and plenty of stuff around you that are so pure that they’re sure to cheer you up. Take time out to think about some of the purest things you’ve seen – those perfect, little things that always seem to lift you up and bring a smile to your face. Things that we so often take for granted when consumed by our every day lives. I’ve compiled a list of some of the purest things that I’ve ever seen. They’re simple, they happen every day, and they don’t cost a thing. I thank Allah for allowing me to see them, and I’ll forever strive for them to be a part of my life. 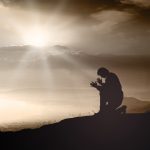 It’s always beautiful when someone cries to Allah in prayer with the utmost sincerity, no matter how loud they are. They often don’t care that anyone is around them and feel like they’re standing alone before Allah. However, there is something so pure about people who cry in a congregation and manage to keep themselves so quiet that they know their special moment is only between themselves and the Lord of the Worlds who hears them from above His throne, even when the person next to him can’t. “The eyes that cry out of the fear of Allah will not be touched by the fire.” [Tirmidhi]

I went to the hospital to visit someone who got in an accident not long ago, and realized that an old family friend who was in a nursing home for the past 10 years who I hadn’t seen in a very long time happened to be in the same hospital for a procedure, so I stopped by his room. I was feeling pretty good about myself that I was able to visit two people in one trip. 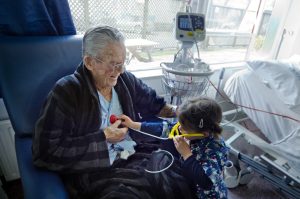 When I asked him if anyone else had been around to see him, he listed the brothers that have been going to visit him – every single week for the last 10 years. Just a bunch of “average” guys I see at the masjid who I had no idea were light-years ahead of me with their good deeds. I can’t remember the last time I felt that embarrassed before Allah. The prophet

One of the purest things I have ever seen is a father or mother out with his or her little toddler who barely knows how to talk, and having a real conversation with the child. Knowing that it’s not about the photo-op with the kid that’s about to go on Facebook, but just a real moment – knowing that the children will grow up, not remembering a word their parents said that day, but hoping that one day they will know that they were the most important thing in the world to them. The Prophet

said: “He is not among us who does not have mercy on young children nor honor the elderly.” [At-Tirmidhi]

There is so much that the youth can learn from those who are older than them. Does anyone care to listen though? Probably not many. But those who do will sit at all cost and soak in any knowledge they can get from those with many more years of wisdom and experience than they have. There is something so pure in seeing a young brother or sister who understands that. And the more mature we become, the more we truly understand that our parents and elders of the community actually knew a thing or two. Get their advice while you still can. 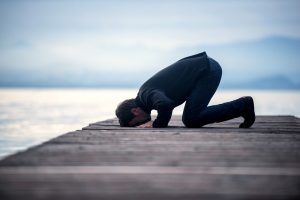 Sometimes you need to evaluate your sincerity to Allah. One of those ways is to compare the prayers you do in private to the ones you do in public. One of the most beautiful things is to watch someone who doesn’t know anyone else can see them praying, and see how slow and pure their prayers are. It’s motivational to say the least.

There are few things that are as beautiful as begging Allah for something for someone else. Something from which you will get absolutely no benefit.  Long for someone else’s happiness. You need a very sincere and pure heart to beg for something that only benefits others. I once did a small, kind act for one of my mother’s friends, and I didn’t realize until many years later (long after we parted ways and lost touch for many years) that she consistently made dua’ for me over the years for that one act. Who knows what blessings I’ve received due to her dua’. The prophet (saws) said: “The dua’ of a Muslim for his brother in his absence will certainly be answered.” [Muslim]

A person I look up to very much once did something that rubbed many people the wrong way. He didn’t hurt anyone, but what he did was extremely untactful and I never forgot it, and in a way, I didn’t forgive him. For years, I thought of it every time I bumped into him. After a couple years passed, he told me he was going to tell me something that no one knows, not even his wife. The day the incident occurred, he felt so horrible that he went home and read 26 juzz of Quran in one night for Allah to forgive him. I held back tears as he looked me in the eyes and told me that, asking myself how I could dare hold a grudge for so long when I don’t know someone’s deeds in private and their relationship with Allah. Make sure you do things that only you and Allah know about.

There are so many distractions in this world. It’s hard to have a moment with someone that lasts more than 30 minutes without getting sucked in by a text message, email, Facebook, Twitter, or even a phone call. But when you make a conscious effort to take some time out to be with a loved one – be it your husband, wife, kids, parents, brother, sister, then there is definitely something pure in that. I fear for the next generation if we adults can’t get ourselves to do that more often with our kids.

There’s something about giving advice. You have to be careful or it could make you feel better than someone, when you have no right to feel that way. There is something so sincere and pure when someone gives you advice and not only does it privately, but never mentions anything about it to anyone. Ever. You know that person hopes for nothing but to help the one he or she is advising. Make sure you take that advice seriously. “Our way of life is pure, sincere advice.” [Muslim]

There are people out there who are far more happy than you are with much less than what you have. It’s not all about possessions. It’s about being content. Sometimes just watching happy people who have very little makes me just that much more content with all that Allah has blessed me. Imam Ibn Al-Qayyim (may Allah be pleased with him) said, “Contentment is the greatest of Allah’s doors. It is the rest and relaxation of the worshippers, and the paradise of this world.”

It’s quite often that someone struggles to get to the top, they work really hard, and they finally make it, but they forget about all of those who were there for them and helped them get there. There are not many things as pure as someone successful remembering where they came from and everyone who was pulling for them along the way. It’s even motivational; just to listen to Kevin Durant’s MVP speech, or Arian Foster’s press conference about their struggles growing up, knowing they didn’t forget where they came from and everything their mothers did for them with the little they had. 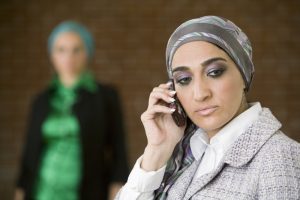 Everybody has his or her problems. Some people just complain about them more than others. Don’t get me wrong; it’s always good to have someone you can talk to and a shoulder to cry on. Just know that sometimes the one who’s offering a shoulder to cry on could be going through far worse, yet still listening as if your problem is the only thing that really matters.

Few things in life can bring joy to everyone around them like the laugh of a child. A child is so innocent and pure that they just attract love from all those around them. As a kid, I saw a program on TV about a child who had a disease and couldn’t smile or show emotion on his face. At the time, I wondered why his mom was so devastated about it, especially since relatively speaking, he was healthy overall. Then I had my own kids, and saw them smile. I understood then that there is not much greater than that in life. Here’s to all the parents who repeatedly make the same goofy sound or weird facial expression over and over and over in front of their kids just for a laugh that they can cherish.

I’ve been to a fair share of rallies and stood up for causes that were really important to me. Very often times you find people coming to join hands who have absolutely no dog in the fight. They want justice for all. I’m certain that one day when the cause is something that impacts them and their every day life that they will turn and find others by their side – just because that’s how life works.

No one wants better for you than your parents do. There is no one who is more proud of your accomplishments. It doesn’t take much away from you when you tell your parents that you owe it all to them and what they’ve done for you. So tell them. It will strengthen your relationship like you can’t imagine, and won’t cost you a dime. “Lower to them the wing of humility out of mercy, and say: ‘My Lord, have mercy on them as they had on me when I was a child.’” (Quran 17:24)

I pray that Allah grants us sincerity and allows us to achieve these pure things and many others in our lives.

5 Ways to Protect Your Teen from Joining ISIS

Sponsored: Achieve Your New Year Resolution of Buying a Home