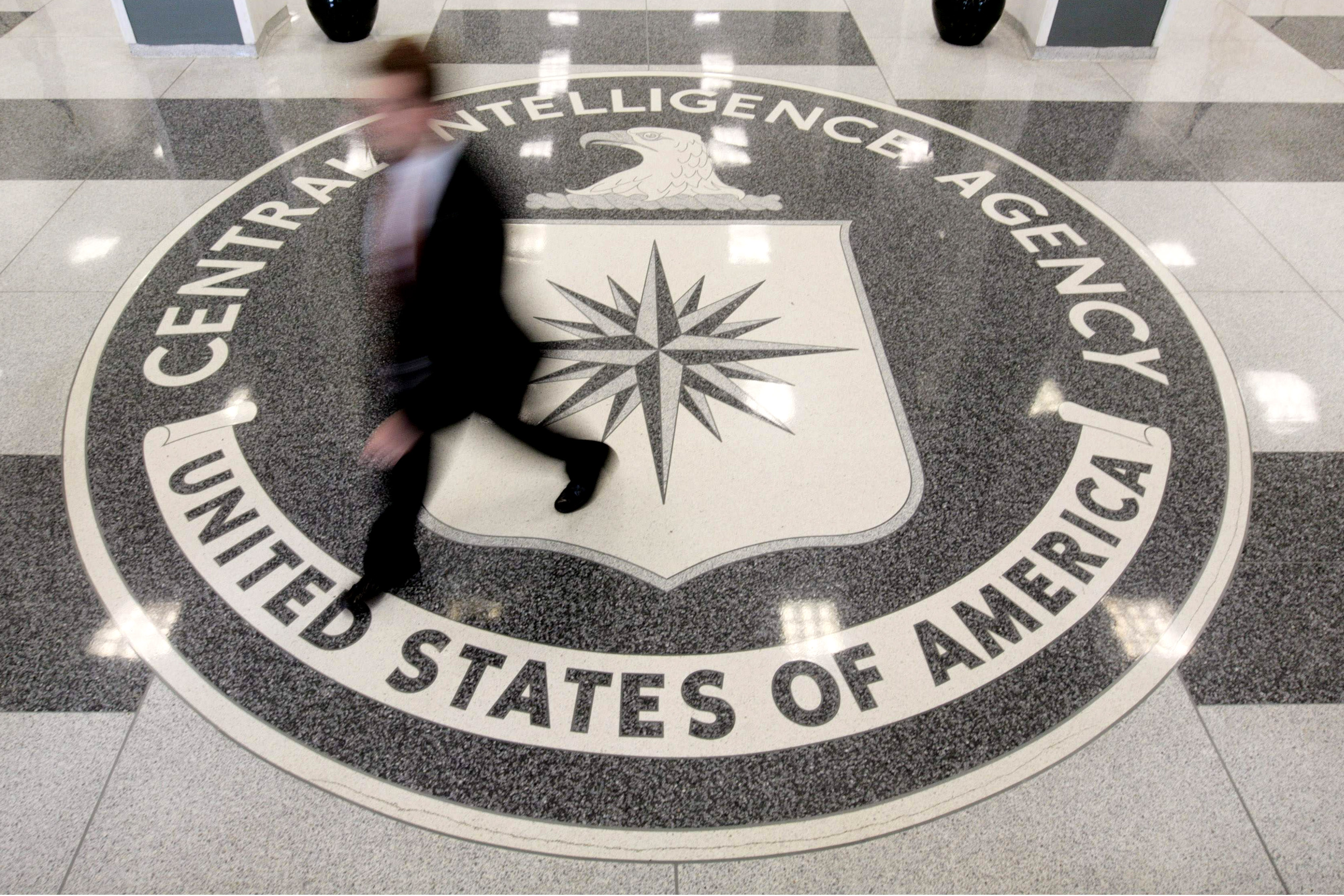 Last week, the Senate Select Committee Intelligence released a report on the detention and interrogations programs that were run by the CIA post 9/11. The long awaited report provides details on horrific acts of torture that were endured by prisoners held captive by the CIA, including, but not limited to, rectal feeding, threats of harm to prisoners’ family members, and prolonged standing. In a particularly egregious act of torture, a prisoner named Gul Rahman was left to freeze to death.

While the report describes the torture that CIA prisoners endured, it also provides evidence to support its conclusions that the measures taken by the CIA were not only ineffective, but that they were also done without congressional approval and the knowledge of government institutions such as the Department of Justice.

The release of this torture report represents an important moment in terms of government transparency and accountability in the United States. However, the language used in the report, as well as the discourse that has emerged around it, signifies that in many ways, Americans continue to see acts of violence perpetrated by their government as discrete acts in times fueled by threats to national security or otherwise, rather than being of a systematic nature. This belief has many consequences, chief among them being that the root of such acts of violence is never fully addressed and thus goes on unabated and perhaps most dangerously, is performed as a matter of policy.

Rather than delving deeply into the details of the report, this analysis will focus on deconstructing some important ideas that have come forth through the release of the report.

Having read the key findings of the report and with respect to crimes committed by the Bush administration, there appears to be little evidence suggesting that anyone in his administration would have actively opposed the CIA’s program had they known about its breadth and scope. Several facts help support this assertion. For example, immediately after 9/11, President Bush signed a Memorandum of Notification, giving the CIA what the torture report refers to as “unprecedented authorities, granting the CIA significant discretion in determining whom to detain, the factual basis for the detention, and the length of the detention” (pg.11).

In addition to granting the CIA a significant degree of autonomy, President Bush issued a memorandum in early 2002 that restricted the rights of captured prisoners, thus setting the bar extremely low in terms of standards of treatment. The memo of reference here is one that deemed al-Qaeda and Taliban prisoners as exempt from Geneva Conventions Protections, thus allowing for more egregious treatment of prisoners – in addition to providing a legal cover to those ordering and committing acts of torture. The standards of treatment were outlined in a memo that was co-authored by former Assistant Attorney General Jay S. Bybee on behalf of the Office of Legal Counsel, which narrowed the definition of torture to, “death, organ failure or the permanent impairment of a significant body function.” Though the memo was widely condemned upon its release, the Bush administration used it for a little under two years as the guide to its actions.

Past evidence during the tenure of the Bush administration casts doubt on the degree to which this administration would have opposed the CIA’s torture program, while a recent interview with Dick Cheney suggests the same. For instance, in an interview with Chuck Todd, Cheney is confronted about the findings of the torture report and actively dismisses all of its claims. Further, when questioned about whether specific acts described in the report amounted torture, he evades the question, stating that, “in my mind, I’ve told you what meets the definition of torture. It’s what 19 guys armed with airline tickets and box cutters did to 3,000 Americans on 9/11…”

It is indeed worth pondering whether or not the Bush administration and other government officials would have opposed the CIA’s torture program had they known the entirety of it. However, an equally important and necessary follow-up includes the question of accountability. In other words, does it really matter whether or not certain officials in the government were privy to the details of the program if the culture of impunity continues? Further, how can we even begin to address the question of accountability when the U.S. government is still practicing torture under Obama’s leadership? Where does accountability begin and where does it end? If our history teaches us anything, similar to the crimes of all administrations and government agencies in the past, the CIA’s crimes will be swept under the rug, not only to quiet its opponents, but also to carefully avoid questions that would necessarily involve holding those at the highest ranks of power accountable.

The goal of sweeping crimes under the rug is not limited to evasion of accountability. It is also used to present similar actions as exceptional in their occurrence and scope. In doing so, these acts of violence are viewed in a vacuum without historical context that position these acts as part of an entirely American legacy. The CIA itself provides the most conclusive information that torture is not new a practice, through its development of its interrogations manual in 1963, called Kubark. Initially developed in the context of the Cold War, the manual outlines coercive techniques that include “arrest, detention, deprivation of sensory stimuli through solitary confinement or similar methods, threats and fear, debility, pain, heightened suggestibility and hypnosis, narcosis and induced regression” (pg. 85).

Despite the existence of the Kubark manual, the consistent narrative that has been promoted is that the practice of torture emerged almost entirely after 9/11. In dispute of this idea, several scholars have examined torture in America’s history – such as Michael Otterman, author of the book titled American Torture, and Alfred McCoy, author of A question of torture: CIA interrogation from the Cold War to the War on Terror. Both books trace the practice of torture as utilized from the Cold War to intervention in Latin America in the 1980’s. Moreover, as McCoy’s book notes, torture tactics by the CIA have evolved to include psychological torture, signifying the refinement of the practice.

Understanding the practice of torture by the U.S. in context is important not only for an accurate understanding of history, but also in assessing the claims that these egregious acts will be discontinued. For example, in the torture report, Senator Feinstein writes, “it is my sincere and deep hope that through the release of these Findings and Conclusions and Executive Summary that U.S. policy will never again allow for secret indefinite detention and the use of coercive interrogations” (pg. 3). This statement serves to reaffirm the idea of torture as somehow new and exceptional in American policy. Further, her assertion operates with the premise that knowledge of such is enough to prevent future abuses, despite any evidence that individuals responsible for torture, whether in the CIA or other government agencies, have been held accountable (with the exception of a handful of so called “bad apples,” who were punished as a result of torture committed at the Abu Ghraib prison in Iraq).

The narrative of torture as new and exceptional is part of a broader discourse that positions the United States as a global leader in human rights. Referring to the costs of CIA’s torture program, the report states that it “caused immeasurable damage to the United States’ public standing, as well as to the United States’ longstanding global leadership on human rights in general and the prevention of torture in particular” (pg. 16). This narrative performs a particularly important goal with respect to the American psyche and the relationship of the U.S. government to other countries. In the case of the former, it sustains the idea that human rights abuses by the U.S. government are the exception; and in the latter, this idea is extended to provide justification for intervention in other countries’ affairs.

The analysis above sought ultimately to deconstruct some of the problematic narratives that are intertwined in the torture report itself and in broader discussions surrounding it. Beyond some of the most conflicting and problematic ideas put forth, there are nonetheless several extremely troubling aspect of these revelations and the subsequent discussions that have gone untouched. One, as mentioned above, is the continuance of the practice of torture. Little if any of the discourse has shifted to address ongoing abuses by the Obama administration. The silence surrounding this fact suggests that the political climate is only keen on exposing abuses, but non-committal to prosecuting and holding abusers accountable. Another noticeable absence in the discourse around the release of the report and the general debate on torture in the United States is the fate of survivors of torture, including those in detention and those who have been released. While we continue contemplating our identity as a country, we must necessarily include discussions beyond accountability in order to rectifying the harm that we have caused to many individuals. Absent this effort, concern for addressing past crimes of torture will rightfully be seen as disingenuous and, perhaps more troubling, truly emblematic of American justice.

Maha Hilal recently earned her doctorate from the Department of Justice, Law and Society at American University in Washington, D.C.  The title of her dissertation is “Too damn Muslim to be trusted”:  The War on Terror and the Muslim American response.  Her expertise and research interests are in the fields of conflict resolution, human rights, and public policy. Maha received her Master’s Degree in Counseling and her Bachelor’s Degree in Sociology from the University of Wisconsin-Madison.  She has worked at a number of human rights/social justice organizations including the Center for Victims of Torture, the National Religious Campaign Against Torture, and the Government Accountability Project.  Maha was previously a Christine Mirayan Fellow at the National Academy of Sciences as well as a recipient of the Department of State’s Critical Language Scholarship for Arabic study in Morocco.  She is currently the Career Development Officer with the Torture Abolition and Survivors Support Coalition.  Follow her on Twitter @mahmooha2013

Charity Week: It Really is as Epic as The Lord of the Rings