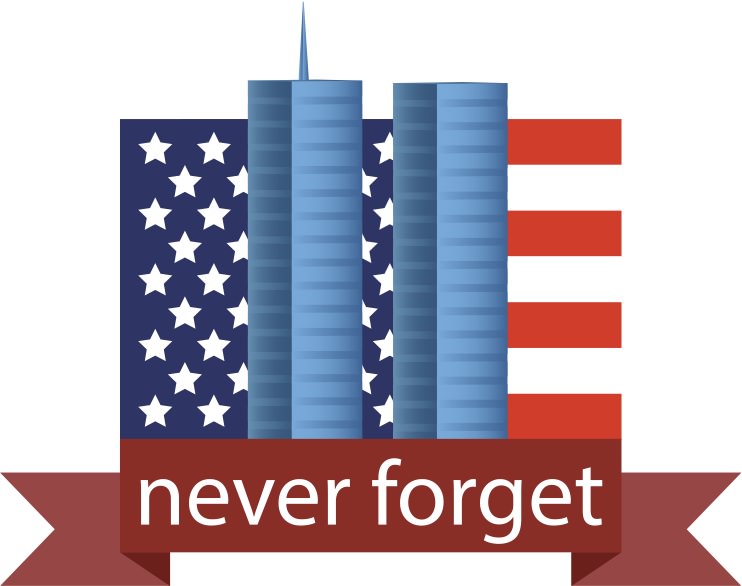 Yesterday my son brought home a school project on 9/11 and he couldn’t understand why I snapped at him—’#NeverForget‘ is not just a slogan. Today I apologized to him for not giving him an interview about where I was and what are my worst memories of the day, and what exactly happened on 9/11. He said, “It’s okay, Mama. My sisters told me your about friend, Rahma.”

I haven’t spoken to my boys about her or even about what happened that horrific day in detail; it’s so much harder explaining it to a boy, especially a boy who will grow up be a brown man in this country; a brown, bearded man. One who I want to raise knowing Justice and Peace. #raisingMuslimmen

We lost Rahma on 9/11 en route to Los Angeles on Flight 11. She was going to be a mother. I hadn’t seen her since her engagement as I had left the US. After coming back, I had taken time for granted—marriage, motherhood, you think you have all the time in the world to catch up. But you don’t. ‘By Time, Indeed mankind is in loss’, Quran 103:1-2

I hate having to remind people of her death, but #everylifematters and her life mattered. Maybe her life doesn’t fit into the narrative because she was a Sri Lankan/Japanese Muslim, her husband Micky —a Greek convert to Islam, and their unborn baby, an American, who would have been the same age as my Zayni this year. 13.

Love you Rahma! God took you and gave you a maqam (a status) that we can only pray for. Girl, ask about me if you don’t see me there. Jannah, InshaAllah.

The memories of all the hundreds of thousands of people who have died on and after 9/11: here in the US, in Afghanistan, Yemen, Iraq, Pakistan, is something we will never forget, even if we try to.

How do I explain to my son what this world has become after 9/11, with the creation of more terror, more death and destruction.

Maybe one of the questions in that school interview project should have been: How many loved ones have you lost in a terrorist attack?

Yesterday, my cousin Amna passed away. They say she had leukemia for the past 6 months, but I think she died of a broken heart, a terrorized heart. Her body was not making healthy blood cells. Would yours, if your soul had been ripped apart? She was raising 3 boys: Abdullah, Hamza, Hafeez. She raised a Muslim man, Abdullah. A bright, beautiful, brown man-16 he was. Completed his memorization of the Quran.

‘He was glowing [that day as he left for Jummah], so I took a photo of him on my phone,” she said sharing a rare photo of his, something that she rarely did in this age of selfies. He walked his grandfather, his ‘buddy’, my uncle who dropped gems of wisdom with classic snark, to the Parade Lane masjid in Rawalpindi Saddar, in the officer’s residential colony,  to pray Jummah. Early so they could be in the first row, near the imam. They never came back. Death by suicide bomb attack.

Martyred. Allah must really want them in Heaven, my nephew and uncle, the suicide bombers not so much, son. …Despite what the Islamophobes try to sell you and extremists try to tell them about the 72 virgins.

‘The attack definitely had an anti-military angle to wreak vengeance against military personnel for not stopping the US drone (pilotless planes) strikes in the area,’ said analysts.

I am worried about Hamza and Hafeez, they needed a mother’s love to nurse the pain of losing their brother to radicals. They needed their grandfather’s wisdom to bear the loss of their mother. Ya Allah, watch over them.

But they have their father, Col. Kaleem Zuberi, and Mamu sahab (Uncle) and Mami sahab (Aunt) raised a fine Muslim man. He balances his Deen (religion) and his Dunya (world) like very few. Amna Baji and Kaleem Bhai were one of those couples that were totally in tune with each other. Both of them are my cousins and I grieve for his loss, his sweet love, but sometimes mothers ask Allah for some strange things and after 5 years, Amna Baji is with her Abdullah.

I grieve for him, and her and Rahma, and those who died innocently in the Twin towers,those died to help them ie Salman Hamdani, a first responder and for Nabila’s grandmother. The 9-year-old who came to testify to our Senate about her grandmother, who was shattered to death on Eid day by a US drone and countless others.

I also grieve for the young men who are used as suicide bombers and the families they leave behind: what horrific circumstances crushed their youthful spirits? What propaganda brainwashed their dreams? Who used their youthful brown bodies for what gain? What injustices made them break the sanctity of a masjid on a Friday? How devalued were their lives for them to devalue other lives? Where were their mothers?

Coming back to my son, how do I tell him about Rahma, without telling him about Abdullah? It’s all connected. How do I explain to my American son of Pakistani origin that his cousin was killed because Uncle Kaleem is an army man who works to protect the land where my mother lives, by groups who are “against those officers and ministers who are American by hearts and minds and Pakistani just by faces.”

It’s so complicated, dear 4th grade teacher, this project of yours.

The Bureau of Investigative Journalism (TBIJ), an independent journalist organizationreports that from June 2004 through mid-September 2012, available data indicate that drone strikes killed 2,562-3,325 people in Pakistan, of whom 474-881 were civilians, including 176 childre

Nicolas J. S. Davies writes on  Alternet: The U.S. dropped  17,500 bombs during its invasion of Afghanistan in 2001. It conducted  29,200 air strikes during the invasion of Iraq in 2003. U.S. air forces conducted at least another  3,900 air strikes in Iraq over the next eight years, before the Iraqi government finally negotiated the withdrawal of U.S. occupation forces. But that pales next to at least 38,100 U.S. air strikes in Afghanistan since 2002, a country already occupied by U.S. and NATO forces, with a government pledged by its U.S. overlords to bring peace and justice to its people.

The Obama administration is responsible for  at least 18,274 air strikes in Afghanistan since 2009, including at least 1,160 by pilotless drones. The U.S. conducted at least 116 air strikes in Iraq in 2009 and about  1,460 of NATO’s 7,700 strikes in Libya in 2011. While the U.S. military does not publish figures on “secret” air and drone strikes in other countries, press reports detail a five-fold increase over Bush’s second term, with at least  303 strikes in Pakistan, 125 in Yemen and 16 in Somalia.

Official Statement of Dr Bilal Philips on his arrest in Philippines