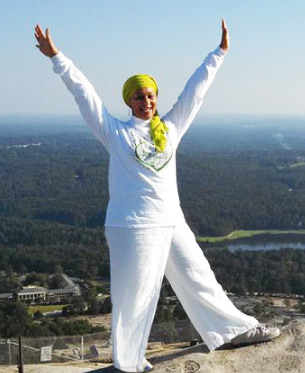 [Ed Note] The Muslimmatter Family offers their condolences to the family of Sr Tayyibah and to the staff of Azizah Magazine. May Allah forgive her and grant her Jannah Firdaus. Inna lilahi wa inna ilayhi rajioon

It must have been 2002, a couple of years after the first Azizah Magazine was published, that I first became acquainted with Tayyibah Taylor, founder of Azizah. I had already left Atlanta, Georgia, where Tayyibah Taylor herself lived and where I had lived for four years while I attended Emory University.

At the time, I myself was just starting out with publishing. My first book If I Should Speak had been released a year before, and I was looking for ways to market the book. I really had no idea what I was doing or how it should be done. I’d never published a book before. There wasn’t even an official category for my novel at that time, as the genre of Islamic fiction was officially established some time later.

Through mutual friends and family members in Atlanta who knew her, I learned of Tayyibah Taylor and the newly launched Azizah Magazine. Some of my friends and siblings encouraged me to connect with her. They told me about the magazine and what Tayyibah hoped to achieve through it. So I began researching Azizah and its goals to see if this was a project I’d like to be part of.

As I spoke to friends and acquaintances of Tayyibah, they shared with me information about the magazine. One particular goal that Tayyibah had that really resonated with me was her desire to make the magazine a voice for all Muslim women. She didn’t want the magazine limited to one geographical region, to one “type” of Muslim women, or to represent one particular masjid, ideology, or sect. When I heard this, I was impressed. This particular approach to Muslim publications (or Muslim anything, for that matter) was something that was quite rare. I myself sought to approach my own publications and readership similarly, and it was truly a blessing to realize that I wasn’t alone. At the time, I was being criticized by other Muslims for not aligning myself with any particular Muslim label, sect, or sheikh—personally and in my writing—so learning this about Tayyibah’s approach to her business made me feel immediately connected to her.

I reached out to Tayyibah herself shortly after that.

Not too long after that, I was contacted by Azizah Magazine to brainstorm ideas on how my work could be promoted in the magazine. And since then, Tayyibah Taylor and her team have been extremely supportive of my work. My books were promoted via ads and book reviews, and they even featured a piece in which I myself was interviewed. When I extended an invitation for Tayyibah herself to speak at an Umm Zakiyyah author event at Emory University for my work, though she herself was unable to come, she sent a representative on her behalf.

What has impressed me most with working with Tayyibah is her dedication to highlighting the good efforts of all Muslims. Through my travels and experiences (personally and in business), I must say, till this day, this remains a rarity amongst Muslims. If there was ever anything that Azizah Magazine and I appeared had different approaches to or different understandings of, Tayyibah and her team searched for ways to make our collective efforts work. And trust me, I’ve been through many phases of Islamic and personal sensitivities on everything from the face veil to pictures, but never once did Tayyibah or her team say “No, this isn’t going to work.”

Many people, laypeople and public figures, have posted their condolences and grief over the passing of Tayyibah Taylor after a battle with cancer, and I can honestly say that I can truly relate. Even as I write this, I’m overcome with emotion and tears because I know the place Tayyibah has in my heart for simply being amongst those rare people whom I could count on to be both positive and supportive, even when I myself didn’t feel that way about myself or my work. And though my work with Tayyibah and Azizah was mostly from afar, whenever I did see Tayyibah, I don’t recall ever seeing her without a smile on her face, maashaAllah.

My prayer is that she has that smile on her face on the Day of Judgment when she meets Al-Raheem, the Most Merciful. And I pray that, as she did for believers on earth, He overlooks any faults or sins she may have had, and highlights all the good she has done—and grants her Paradise without account.

Umm Zakiyyah is the internationally acclaimed author of the If I Should Speak trilogy. Her latest novel Muslim Girlis now available.