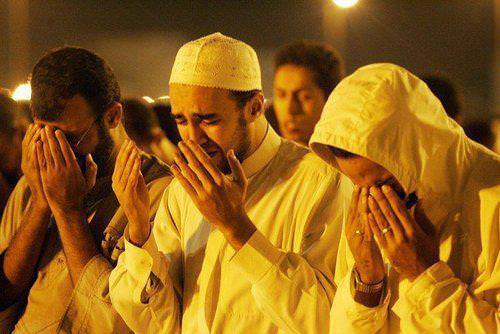 The hands are up, the tears flow and the “Ameens!” vibrate around the room. “Oh Allah, save the people of Gaza! Oh Allah help them! Oh Allah protect them!” the imam continues to beseech fervently. This was a scene played out in practically every mosque in the world this Ramadan. And last Ramadan. And the Ramadan before that.

And yet, when we get home and turn on the TV – more deaths, more heartbreak and more injustice. Every single time. In fact, each time – things seem to be getting worse.

So what is going on? How come our duaas are not answered?

There is a possibility that we are being impatient and that maybe Allah is accepting our duaas and fervent prayers, but He is doing so in ways that we cannot see or understand. Maybe Allah is helping us and the situation would have been so much worse otherwise. Perhaps.

Or maybe, just maybe – He is not answering our prayers because there is something fundamentally wrong with us. The thought should chill us to the bone. Here are a few reasons why this might be the case:

made mention of a man who is constantly in journeys and has dishevelled hair and dusty appearance (due to constant journeys for performing acts of righteousness such as Hajj, Umra, seeking knowledge etc.) and he raises his hands towards the sky saying “O my Rabb. O my Rabb”. But his food is from haraam. His drink is from haraam. His clothes are from haraam. He is nourished from haraam. How can it (his prayer) be accepted?” [Sahih Muslim]

It is impossible to know how many of us are guilty of wilfully neglecting the commands of Allah when it comes to our personal lives. How many of us make no effort to avoid interest? How many of us do not take care to ensure that our income is halaal? How many of us consistently choose to do the opposite of what Allah has ordered us to do whether it be how we eat, dress or conduct ourselves as spouses, parents or friends? The point is not for us to judge each other, but truly Allah does judge and His judgement is clear – if we disobey Him, then we shouldn’t expect His help when we ask for it.

The Muslim community across the world raises money for Gaza and we should be justifiably proud of our fundraising efforts – especially Muslims in the West who are amongst the most generous of faith groups. But after we’ve given ourselves a pat on the back, let us put our fundraising in context.

The Muslim community is supposed to be a beacon of justice, hope and divine guidance for the world, but if anyone were to look at us, what would they see? They would find the many of the most corrupt nations in the world. They would find racism, nationalism, bribery, sectarianism, illiteracy, honour killing, drug production and consumption.

Given half a chance, many Muslims would prefer to live in the West than in their own lands. Although the above is a generalisation, there is enough truth there for us to know that our house needs putting in order.

There are people who are making duaa and shedding tears for Gaza who exactly a year ago were cheering as their national army mowed down thousands of men, women and children in the streets simply for being of a different political ideology. There are people who are rallying for Gaza who are also concurrently supporting the slaughter of tens of thousands of Muslims simply because the person doing the slaughtering is from their sect. There are those who are decrying the inhumane siege on Gaza who actively support their government when they turn away a persecuted Muslim minority from their borders.

Abraham Lincoln once said, “A house divided against itself cannot stand.” When a sizeable part of the Muslim world decides that the life of their fellow Muslim (in fact, their fellow human beings) comes secondary to their political agenda… then why should Allah listen to the duaas of such a people?

Reading the above may make you feel deflated and hopeless. It should not. Why? Because acknowledging that there is something wrong with us is the first step towards doing something about it. Otherwise we are doomed to repeat our mistakes again and again until the lesson is learnt. Trials and tribulations are meant to be a cleansing, but only if we realise that we actually are stained by hypocrisy in the first place.

“Verily Allah will not change the condition of a people until they change what is in themselves.”

The crisis in Gaza has shown that despite all our problems, there is still much good left in us. We still feel the pain of our brothers and sisters and it disturbs our peace. Some of us are spreading awareness on social media. Others are organising boycotts and protest marches. Still others are raising money. If we can channel this positive energy into rectifying these forms of hypocrisy and reforming ourselves, then our families, then our communities and then the Ummah as a whole – we may actually be able to bring about the change we seek.

Not only will we free Gaza… we may just end up freeing ourselves too. 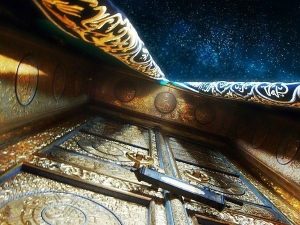 Palestine: Why is it Happening?