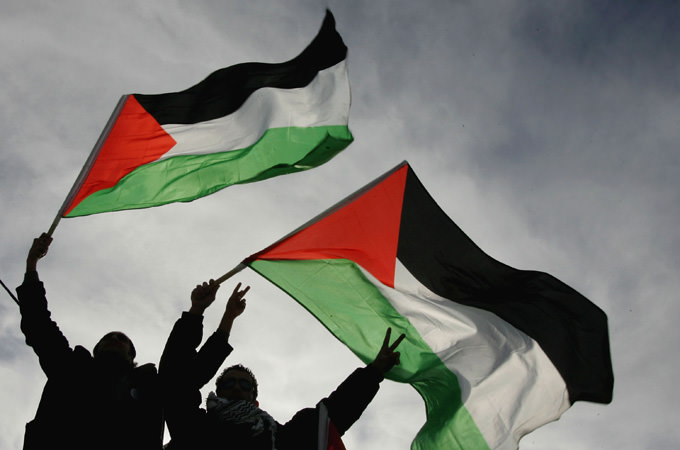 We are all witness to what is happening in Palestine – deplorable, despicable, shameful, horrific and completely avoidable if only some good sense could prevail on all sides. Naturally we, the common people, Muslim or not, are anguished, perplexed and confused about why among those that have power, there is so much apathy and even active complicity with the aggressors and such a lack of sympathy for the oppressed.

made laws of success and failure in this life. These are as foolproof and as incontrovertible as the laws of physics, also established by Allah

. These laws must also be learned and taken into account if you want to succeed. For example Allah

said about being influential, victorious, powerful and leading people:

And obey Allah and His Messenger, and do not dispute (with one another) lest you lose courage and your strength depart, and be patient. Surely, Allah is with those who are As-Sabireen (those with staying power). 8:46.

and if you want something you have to follow that law; du‘ā’ without a strategy or a strategy while disobeying Allah

won’t work – let us see what is happening in Palestine.

To understand this we have to go back in history. Jews were persecuted all over Europe, both in Eastern (Russia) and Western Europe for centuries. The pogroms of the Tsars of Russia or the Final Solution of Hitler are all historical events – as deplorable, despicable and tragic as what is happening in Palestine today and has been happening for the past sixty years. Ironically, the only place where Jews were not persecuted was in Muslim lands, under the Ottoman Empire and earlier rulers. But it appears that memories are short and gratitude is a forgotten art.

Hitler’s genocide of six million innocent people was the final straw after which Europe could no longer hide its discriminatory policies against Jews. Meanwhile Jews in Europe, though Semitic originally, became very European and a great number today have little to do with their Semitic origins and are, racially speaking, European. This is important to remember in order to understand the events that unfolded after World War II and the birth of the State of Israel.

Europe accepted its culpability in the genocide of Jews at the hands of Hitler, but its centuries old prejudice against Jews wouldn’t allow it to do what would have been honorable, just and logical – give them a homeland in Europe. Carve it out of Germany which was responsible for their genocide, thereby making the German people rightfully pay the price of silently supporting Hitler and his goons. Neither did the European ruling America and Russia accept their collective guilt in allowing six million innocent people to die and therefore grant a homeland to the displaced Jews in America or Russia.

Events of history always favor those who are prepared to take advantage of them. The seeds of Zionism were planted in 1896 by Theodor Herzl, long before the Holocaust. He lived in Austria-Hungary and wrote about the need for a ‘Jews only’ state – erroneously referred to as a Jewish State. Herzl founded the Zionist Organization in 1897. Israel was formed by mostly atheist Zionists whose purpose was to create a state for ethnic Jews, not to create a theocracy; a state for Jews, not a Jewish state. Zionism is a political ideology, not a theology, and has nothing in common with Judaism.

There is a very interesting conversation between Arthur Balfour, UK’s Foreign Secretary, and Chaim Weizmann, the representative of the Zionist Organization, which took place in 1906.

During the first meeting between Chaim Weizmann and Balfour in 1906, Balfour asked what Weizmann’s objections were to the idea of a Jewish homeland in Uganda (the Uganda Protectorate in East Africa in the British Uganda Programme) rather than in Palestine. According to Weizmann’s memoir, the conversation went as follows:

“Mr. Balfour, supposing I was to offer you Paris instead of London, would you take it?”

He sat up, looked at me, and answered: “But Dr. Weizmann, we have London.”

“That is true,” I said, “but we had Jerusalem when London was a marsh.”

He … said two things which I remember vividly. The first was: “Are there many Jews who think like you?”

I answered: “I believe I speak the mind of millions of Jews whom you will never see and who cannot speak for themselves.”

To this he said: “If that is so you will one day be a force.”

Two months after Britain’s declaration of war on the Ottoman Empire in November 1914, Zionist British cabinet member Herbert Samuel circulated a memorandum entitled, “The Future of Palestine” to his cabinet colleagues. The memorandum stated, “I am assured that the solution of the problem of Palestine which would be  much the most welcome to the leaders and supporters of the Zionist movement throughout the world would be the annexation of the country to the British Empire”.[1]

The Jews themselves were sick of Europe and Europeans and the growing anti- Semitism, and had been actively planning for an independent country for Jews in Palestine. Their worst fears came true with Hitler’s horrific holocaust which was directed not only against the Jews, but also against Gypsies and other so-called non-Aryan people. But the Jews by far exceeded all other ethnicities for the number of lives lost. The holocaust is one of those events in the history of mankind which one wishes had never happened, but also illustrates how those who are prepared can take advantage of the worst calamities and turn them into opportunities.

Why Our Prayers for Gaza May Not Be Answered