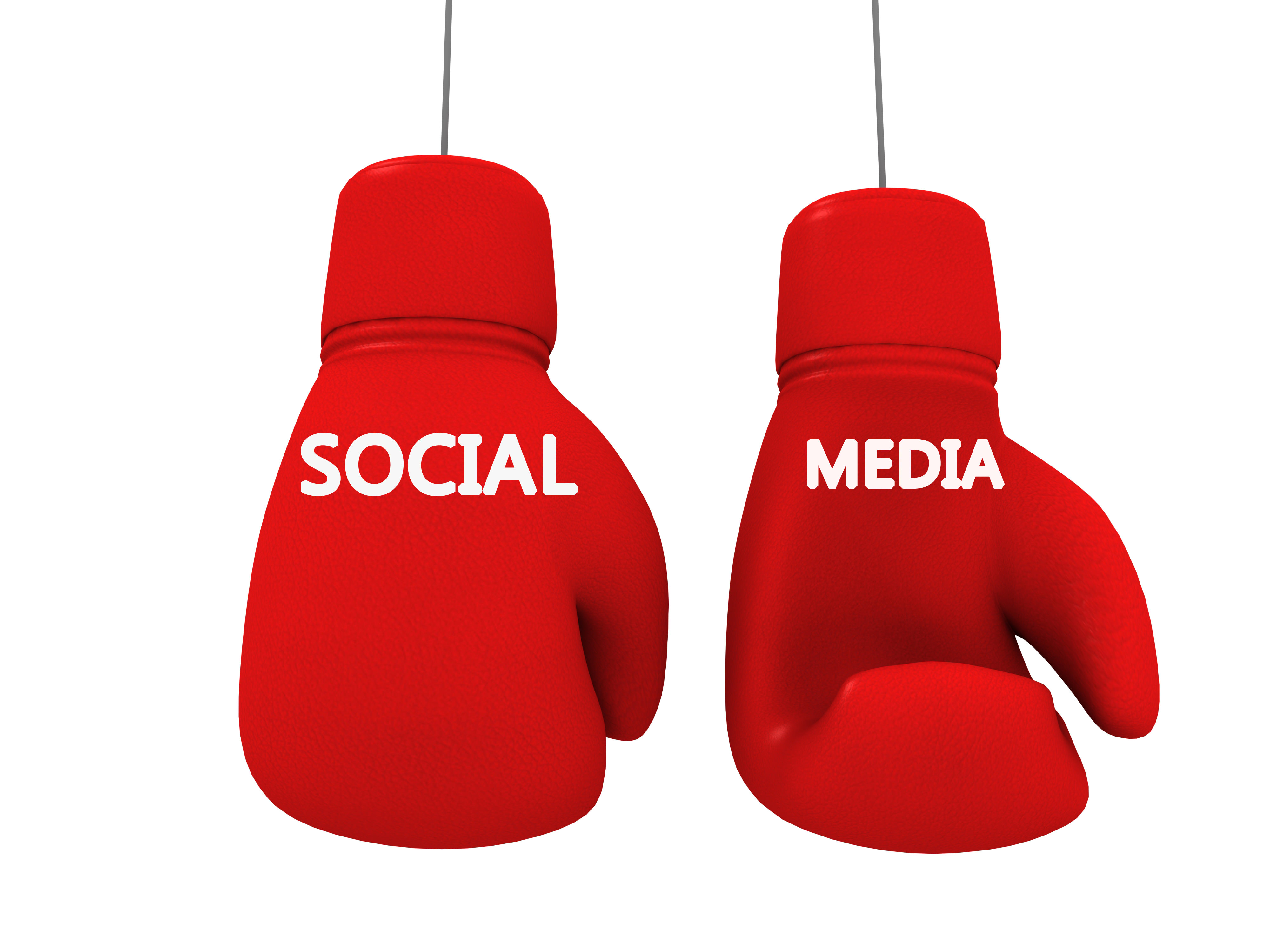 Back in the late 90’s and early 2000’s, internet dawah really started to gain ground. People who were otherwise lacking in scholarly credentials created beautiful facades in the form of flashy (pun intended) websites. We were able to reach beyond our local imams and access recorded lectures of Islamic personalities across the Western world. I remember sitting at my computer one night on Napster (right around the year 2000) downloading music and then getting the brilliant idea to search for “Islamic” stuff and finding recitations of Qur’an and random mp3’s by some guy named Siraj Wahhaj.

Websites started popping up and Islamic speakers I had never met were suddenly my biggest influences solely based on the availability of their talks online (EN.islamway.com anyone?). Being in the minority of people actively seeking out to consume Islamic material in this medium led myself and many others to find congregational spaces online. These needs were met mostly by message boards, email lists, AOL Instant Messenger, and group MSN chats.

This medium introduced us to Islam in quite a perverted manner. People who did not know the fundamentals of the religion were suddenly debating and worrying about esoteric minutiae. I remember a group of (unmarried) friends having a spirited debate about a fatwa from a famous scholar forbidding women from shaving their body hair as it violated the hadith of the fitra. Issues like this would go en vogue for a few days or weeks, then by cycled out by something new like whether or not lines on the carpet at the masjid were bid’ah. These pressing issues would dominate the online discourse and permeate their way into real life conversation.

When people from across the globe were hanging out on a message board actively commenting on an issue, it seemed like the most important thing in the world at that moment in time. This was compounded by the fact that you would log into MSN and be bombarded with messages asking if you had seen the latest. Looking back now, it seems like almost a tabloid way to learn the religion. It was assumed that everyone was taking care of the bigger things (like reading Qur’an and making dua). The unfortunate reality was there was a huge spiritual void, and it simply could not be filled by focusing on the revolving issues of the day. But because everyone was so caught up in making their views known, tearing apart someone else’s views, and winning imaginary internet points over these arguments, the lack of spirituality became the proverbial elephant in the room.

Fast forward to now. We’re in the social media age, but in reality it’s just a new iteration of this interconnected information age. MSN, AOL, Napster, and most of those message boards are now gone. They’ve been replaced by Facebook, Twitter, YouTube, and WhatsApp groups. In another 10-15 years (if not sooner), we’ll probably see another iteration of these tools being replaced by something else. What has not changed though, is the approach to the religion, particularly as it relates to the hot button issue of the day.

We get caught up in the back and forth, make our views known, put down the other arguments, and trump up our internet victory points. We do so at the cost of the bigger picture. We debated Unmosqued and #FireAbuEesa, but the cruel reality is – as I look down at my two young daughters – none of the 700 status updates, YouTube clips, and Facebook comments have done anything to allay any of my real concerns for them and their development as strong Muslim women. We talked about #Mipsterz and Pharrell, but it didn’t do anything for my own spirituality, or my relationship with my Creator. Perhaps I missed the bigger picture of how these issues weave into a larger telling of the Muslim narrative and our place and acceptance in society, but if we’re really honest with ourselves, aren’t we assigning a bit too much importance to a simple YouTube video?

The unseen shackles of social media become apparent in these situations. Everyone must have an opinion. As much as I myself tried to stay silent on particular issues, people would message me asking me my thoughts. When did I become that important? For me to consider myself that important, or others to take me that seriously is probably the greater travesty here. Not only must we have an opinion, but we must amplify it, and then wait for the feedback to that opinion. We get glued to our phones, waiting and watching to see how many likes and retweets we get. We wait to see who disagrees so we can analyze the response and then formulate the best way to reply in less than 140 characters. We tag our teammates in activism so they can like and share our triumphant status updates. Then when the issue blows over, we forget all about those bigger dots we were trying to connect. We forget all about the bigger picture this small issue was a microcosm of. We float aimlessly in the wind waiting for the next major internet crisis to occur so we can show our outrage [do a Google search for ‘outrage troll’], make our voice heard, and claim victory over the other guy leaving a comment on this article by getting 2 more likes than him. It’s by this that we allow ourselves to quickly judge others based on one statement, or one status update. We will discard one personality because of something they said (no matter how good a person), and prop up another for one statement we agree with (no matter how evil a person).

Along with this attitude comes an aura of enlightened arrogance. We look at the opinions we hold today, and we chart our personal histories to assess how we arrived at them. By definition, whatever opinion we hold today is the most enlightened we’ve ever been in our lives (forget how we might feel 5 years from now). And because it seems that many people tend to become gradually liberal (particularly those from more conservative backgrounds), we feel that we’re now more tolerant, open, welcoming, and academic or intelligent. The problem is that this tolerance only extends to like minded people. Let’s go over an example to make it a bit more real. You think music is halal. In fact, you used to think it was haram, studied the issue extensively, and you’ve now concluded it’s halal. Not only that, but you feel strongly that the people who told you it was haram are backwards, out of touch, never smile, and wake up every day trying to figure out how to eviscerate happiness from as many lives as possible. That’s fine. What’s not fine though, is projecting this onto everyone who holds that opinion. It’s not fine to demand your viewpoint be given respect and tolerance and then not afford it to others. It’s not okay to pretend your opinion is the only correct one – in fact, it’s intellectually dishonest to not acknowledge that you hold and act upon a minority opinion. The issue is not that you hold it, but it’s about projecting backwardness instead of tolerance on those who disagree with you while demanding unconditional acceptance in return.

So what’s the real bigger picture here? For one, most people simply see this “discourse” as nothing more than just a bunch of arguing among Muslims. What’s the real contribution? There’s something deeper than that though, and it’s something I see underlying many of the issues that have become lightning rods for debate. That is this attitude of trying to overtly show humility by not propagating my own point of view (because it might be wrong, and I don’t have the credentials to back up what I say), and instead demanding that our scholars and institutions take our preferred position, and if they don’t, then they are contributing to whatever greater evil is the topic of discussion that day. In giving myself a platform to voice my opinion, I now demand that others (in the name of the religion) also adopt my point of view. If they don’t, then they’re not opposing me, but opposing the greater ideals I stand for. In other words – it’s a feeling of spiritual entitlement to having my desires served through means of the religion as opposed to subverting my desires for the sake of my religion. Ask not what your religion can do for you, but what you can do for your religion.

These are general issues. They’ve existed for a long time. Social media has simply magnified them exponentially. So where do we go from here?

1)  Somehow pin this hadith to your Facebook wall, or make it the lock screen on your phone. Make sure you don’t fall into this warning when posting something.

There shall come upon people years of deceit in which the liar will be believed, the truthful one disbelieved, the treacherous will be trusted, the trustworthy one considered treacherous; and the Ruwaybidah shall speak out.’ It was said: Who are the Ruwaybidah? The Prophet, peace be upon him, said: ‘The lowly, contemptible one who will speak out about public affairs. (ibn Majah)’

2) Learn to just be quiet. I’ve personally had to force myself to go 24 and 48 hours without posting or retweeting anything. Surprisingly, the world seemed to move along just fine without my opinions. Recognize that there are times where being silent carries a greater benefit than speaking up.