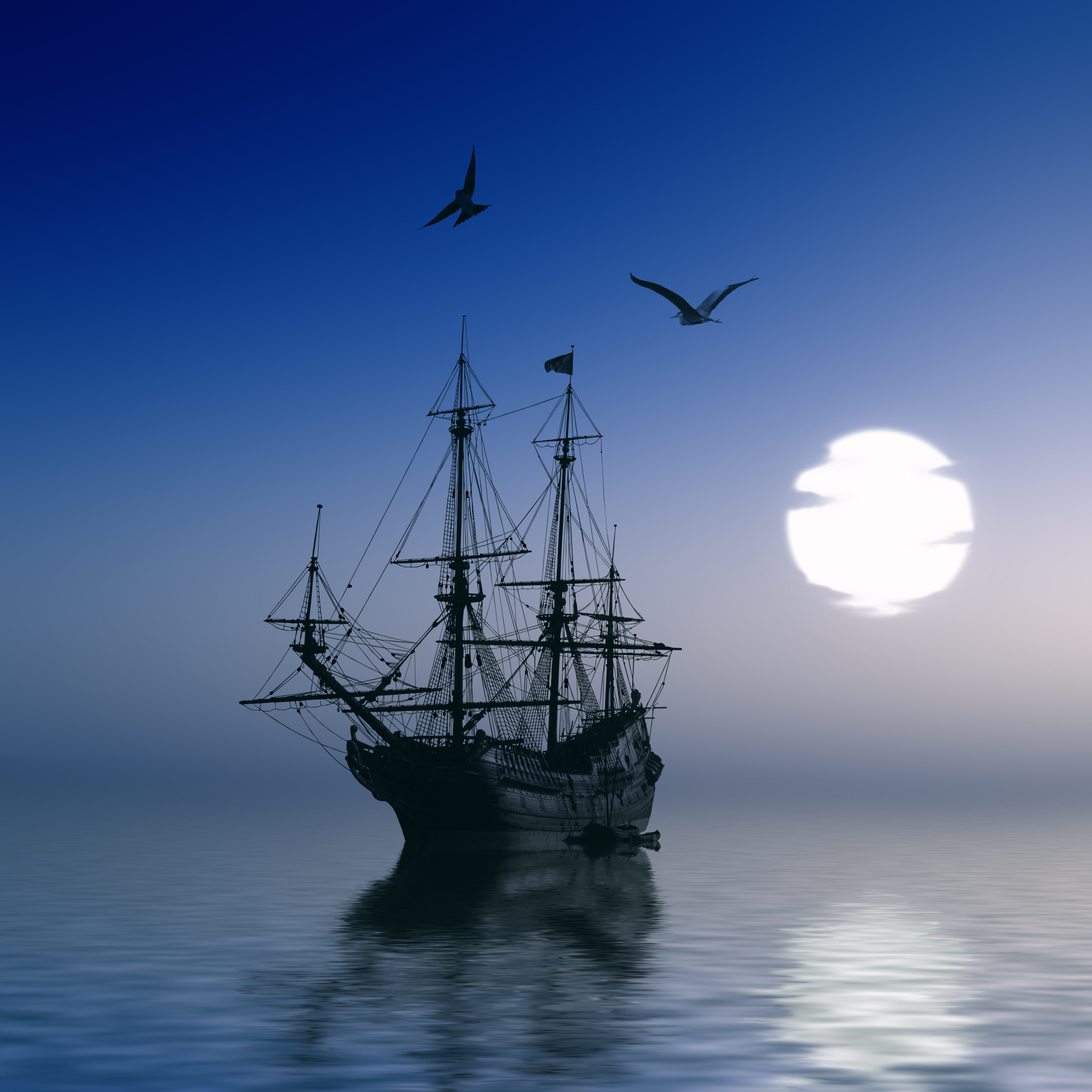 British history classes do well to teach the World Wars, the abolition of slavery and the French Revolution(s). But one thing you may not have heard of is the long and swashbuckling history of England’s relationship with the Islamic world.

Active interaction with Islam existed since the establishment of medieval Muslim Spain in 711, and can be seen throughout some of the most canonical literature in the English heritage. The Prophet Muhammad

and his cousin Ali

are featured in Dante’s Inferno, Islamic scholars are mentioned in Chaucer’s prologue to The Canterbury Tales, and countless plays from the early modern period bear characters and plots surrounding the Islamic Orient.

This relationship included both cooperation and conflict, from the flourishing trade of the Levant Company and East India Company to the bloody Crusades. The Muslims who influenced Britons most were those of the Ottoman Empire whose capital lay in Istanbul, present day Turkey, but whose reaches extended well into North Africa and the Middle East.

Of course, money and trade was key. In 1577, the Sultan of Morocco, ‘Abd al-Malik, granted the English trading privileges in his realm and, in 1580, the English Ambassador to the Ottoman Empire, William Harborne, negotiated the first Anglo-Ottoman commercial treaty in Istanbul, culminating in the formation of England’s The Levant Company, a company created exclusively for trade with the Ottomans. By 1626, The Levant Company was exporting £250,000 worth of goods, a tremendous figure for its time, and importing an amount of equivalent value. In December 1648, the Council of Mechanics voted a toleration of various religious groups to encourage commercial activity, allowing Muslims to trade in England

But alongside legitimate trade, lurking in the dark waters and high waves, another prominent mode of engagement between the East and West ensued: piracy. In fact, the 17th and 18th centuries – about the time of the setting of our favourite pirate movie, Pirates of the Caribbean – has been referred to as the ‘Golden Age of Piracy’. The Pirate Round of the 1790s was among the infamous sailing routes taken by English pirates which targeted Muslim ships, particularly off the coast of Yemen and India. Their piracy at the mouth of the Red Sea especially targeted Indian Muslim ships traveling to or from the annual Hajj pilgrimage in Makkah in present day Saudi Arabia.

An 18th century image of Captain Henry Every

The English pirate, Captain Henry Every, is perhaps the most notorious from the Round. Every conducted what is probably the single most lucrative pirating venture in history against wealthy Indian pilgrimage ships, making him the richest pirate in the world. His story pushes the escapades of Captain Jack Sparrow well into the backwaters.

In 1695, Every attacked and captured two major Mughal vessels on their way back from the pilgrimage to Makkah. The smaller vessel ‘Fateh Muhammad’ was owned by a wealthy Indian Muslim trader, Abdul Ghafur, from the Indian coastal city of Surat and contained treasure of £50,000-60,000, enough to purchase Every’s own ship ‘The Fancy’ 50 times over. The second ship, ‘Ganj-i-Sawai’ (‘Exceeding Treasure’) was a massive militarized vessel owned by the ruling Indian Emperor Aurangzeb that carried up to £600,000 worth of riches alone, reportedly including up to 500,000 gold and silver pieces. Following capture, the inhabitants of the ship, which included civilians, and many of them women, were subject to a lengthy orgy of violence and violation.

This event put serious strain on the already fragile relationship between England and the Mughals. The English had just emerged from yet another unsuccessful bid for trading privileges in India followed by Child’s War with Aurangzeb, in which the English were defeated. What our history lessons often fail to discuss is that the East India Company, although later responsible for Company rule in India, had a very tough time in its early days. Aurangzeb’s fury at the Ganj-i-Sawai piracy and the brutality on passengers was incredible. He shut down the East India Company’s factories, imprisoned its employees and threatened to cut off all English trade in India until Every was caught.

In a diplomatic scramble, the East India Company and English Privy Council put the unprecedented offer of £1,000 for Every’s capture leading to the first worldwide manhunt in recorded history. While some members of his crew were eventually caught, Henry Every was never found. English piracy was not limited to targeting the Indians either. English and European pirates were active in the seizure of Muslim men, women and children for slavery from across the Ottoman Empire. From 1521 to 1522 alone, a staggering 60,000 Moroccans were reportedly seized and deported to Europe. The threat of piracy was very real for the Muslims, limiting travel and mobility.

Piracy was not, however, a one-way process. Muslim piracy, much of it retaliatory, was a major challenge experienced by the English. From their earliest ventures into the Mediterranean, English ships were repeatedly seized by Muslim ships with the crew taken captive or enslaved. The events left their mark on popular literature too. The 1612 play, A Christian Turn’d Turk, by Robert Daborne loosely dramatized the real life case of Captain John Ward, an English pirate who converted to Islam and became an Ottoman corsair commandeering a fleet off the coast of Tunis. Ransoming English captives from Ottoman pirates was racking up costs in the thousands for Britain. Between 1609 and 1616, 466 English ships were captured. Fear began to arise over potential shortages in sailors to man the English royal fleet. When Charles I ascended the throne in 1625, the captives numbered hundreds, and by 1640, they numbered thousands; Ottoman pirates were destabilizing English commercial activity. They were even bold enough to attack ships in English waters.

The situation was further complicated by the fact that Barbary pirates were often Christian renegades to Islam, such as John Ward. While piracy was bad enough, being looted by converted Englishmen was both embarrassing and aggravating. It is no surprise Daborne’s play adopted leaps in artistic license to conform to its audience’s prejudices by portraying Captain Ward to be a tortured soul who suffered in his marriage to a shrewish Ottoman woman.

The long association between the English and the Muslim world is as entertaining as significant. These tales of encounter paint a legacy of exciting adventure, amicable partnerships and also notorious atrocity. At a time of renewed scrutiny on Britain’s relationship with Islam, a peek into a long and shared history can do much to quell the ignorance that breeds distrust and acknowledge a relationship that spans centuries. The subjects of History and English have especially much to gain from a long overdue revision of traditional syllabuses to one that acknowledges this captivating past. And for a generation of Jack Sparrow lovers, such learning is sure to be a treat.

Lubaaba Amatullah is joint Editor-in-Chief of The Platform. When not consuming tea or waxing lyrical on the glories of British chocolate, she pursues a PhD on England’s early encounters with the Islamic world.