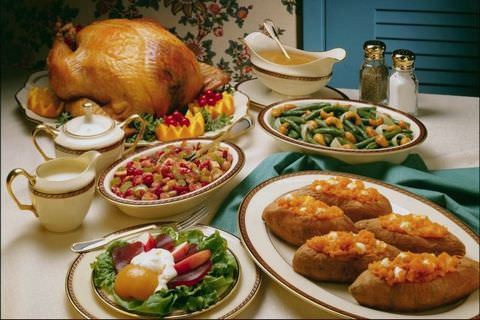 Today’s scholars, are faced with a task, that scholars of previous times, did not have to reckon with; before the age of globalization, scholars would render religious edicts (fataawa), about their own people, and their own cultural affairs, and their own countries and lifestyle, about which they were uniquely familiar.  Today, scholars face, and sometimes simply take upon themselves, the colossal assignment of electronically rendering religious edicts, about people, places, and cultures, sometimes thousands of miles away, where they have not lived, do not have an intimate working knowledge of, and are woefully unfamiliar with.

Fatwas, that apply to well-known, and necessary matters of worship, aqeeda, theology, and religious practices, can be applied globally, across all nations and people. With regard to such issues, all Muslims are the same, and they all have the same obligations, and responsibilities. For example, in issues of salat, fasting, inheritance, and the like, all Muslims must adhere to the same ah’kaam. However, Muslim, in matters that has to do with tradition, and cultural norms, and regional circumstances, Muslim scholars should refrain from making rulings which prohibit the cultural practices people in faraway lands.

Were they to do that, people would be insulted and take hyperbolic umbrage over it. There is a certain respect, and acknowledgement of scholars, to respect the boundaries, intelligence, and independence of Muslim peoples in other countries, to understand their own condition, and to handle their own affairs accordingly. This gentleman’s understanding and respect, should also extend to Muslims, and Muslim converts living in America.

Muslim Americans have lived on this continent, since the 1600’s, long before this country even became a republic. They have endured under slavery, torture, illiteracy, and being bought and sold like cattle, and still managed to hold on to their faith. So to think that American Muslims of today, do not know how to maintain or practice their faith in the midst of a country like the United States of America, is untenable, and untenable is a soft word because it’s more like, ludicrous. It would be unthinkable for an American Muslim scholar or Imam to render a ruling about practices in another country, and be taken seriously.

, and his learned companions, knew how to navigate their way through their society in a way as to avoid what was prohibited upon them. This is true for most Muslims, once they know what is prohibited upon them according to the Qurʾān and the Sunnah. If we can accept, as the majority of scholars do, that the companions of the Prophet

were able to navigate through Arab society using the guidance of the Qurʾān and the Sunnah, then how can we not accept the possibility that American Muslims could do the same, without outside help? The reason the Prophet

migrated from Makkah to Madinah, was not because they were unable to conduct their affairs morally and comprehensively in an un-Islamic society; the reason he made the Hijra, was because the Muslims were under persecution. It is a historical fact that the first Hijrah was because of persecution, and the same went for the second Hijrah. This is why the Prophet

Thus, it is our view that scholars, who are not intimately informed about people’s daily lives, and exchanges with their environments, cannot and should not, attempt to micro-manage people’s interactive navigation through life, as they pursue the religious ideals and values for which God holds them accountable.

During the last four or five decades, millions of Americans have converted to Islam, and their families and extended families were not Muslim. People have used Thanksgiving Day for a day of strengthening family ties, keeping in touch with their relatives whom normally, they would not have the opportunity to visit because of work obligations and distance. And in the overwhelming majority of cases, the non-Muslim families because of love and attachment to the Muslim, accommodates them in every possible way.

It would be grossly irresponsible to say that Thanksgiving, or any observance of it, is prohibited. Because to do so, is to say that people gathering to eat, to be amongst their family and loved ones, and to express their thanks to God, is an abomination, and something that angers God. To render the holiday and all of the practices haraam would say that it is evil, an abomination, and something that God hates.

“Say: My Lord forbiddeth only indecencies, such of them as are apparent and such as are within, and sin and wrongful oppression, and that ye associate with Allah that for which no authority hath been revealed, and that ye tell concerning Allah that which ye know not”.[1]

Thus, when a convert to Islam is now told that eating with his family, visiting his grandma, and keeping ties with his family is a shameful, hateful thing to God, is sends a dangerous psychological message, that is antithetical to our faith. To say that doing these things are permissible on other days but not permissible on the day that it is easiest to accomplish keeping ties, goes directly against the standards of our Prophet

in fulfilling godly obligations. Which was to prefer ease. “This religion is easy. No one becomes harsh and strict in the religion without it overwhelming him”.[2] It is easy for scholars from abroad to prohibit something when they have no direct experience upon the matter. This is why we seek to clarify the whole issue of Thanksgiving so that people will be upon clarity بينة.