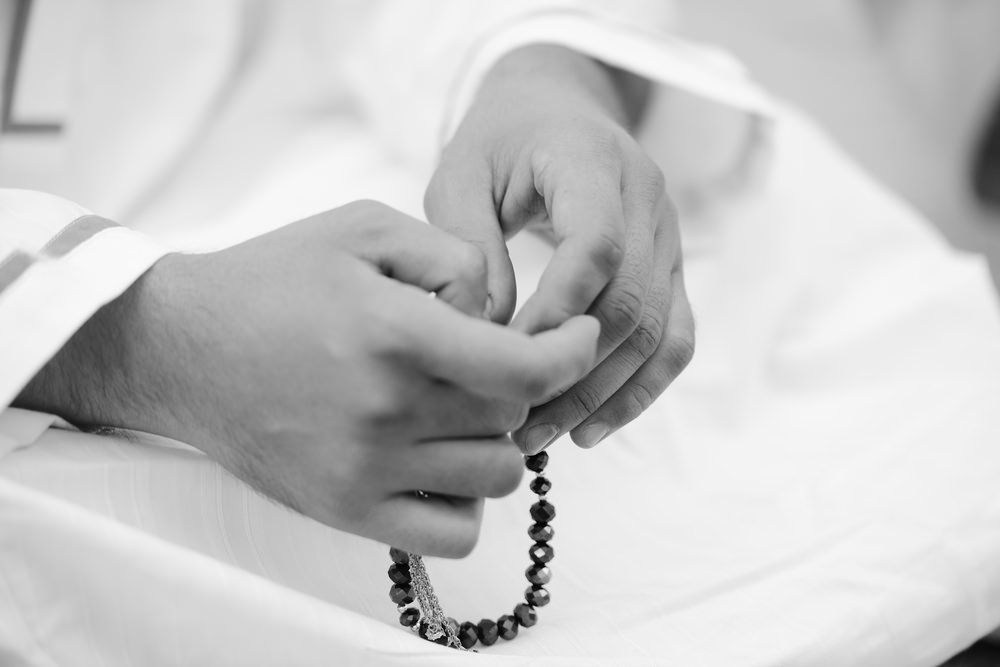 O Allah, none has the right to be worshipped except You alone. And, O Allah, I bear witness that Muhammad is Your servant and messenger!

Perhaps it is difficult to imagine, but there was once a time when these words inspired such a tremendous stir in hearts and minds that lives were forever changed, as was the course of history.

“And remember Abraham and Ishmael raised the foundations of the House [with this prayer]: ‘Our Lord! Accept [this service] from us. For You are the All-Hearing, the All-Knowing.

And Allah answered this prayer and sent to all humankind His last prophet and messenger, Muhammad ibn Abdullah, may peace and blessings be upon him.

“Say [O Muhammad], ‘O mankind! Verily, I am sent to you all as the Messenger of Allah to Whom belongs the dominion of the heavens and the earth. None has the right to be worshipped but He…”

And thus were the life-altering words that formed the inception of the fastest growing religion in the world—Islam—a faith based on the simple belief in One God and belief in all His prophets and messengers, including Noah, Abraham, Moses, Jesus, and Muhammad (may peace be upon them all).

Do People Think They’ll Be Left Alone Saying “We Believe”?

Undoubtedly, belief in One God and His prophets is such a simple concept that almost anyone who hears this message in its pure, authentic form will recognize the truth—and openly testify to it…

O Allah, none has the right to be worshipped except You alone.
And, O Allah, I bear witness that Muhammad is Your servant and messenger!

But as with any course of life that we choose, trials and tribulations will  accompany it; and it is at these difficult moments, when adversity strikes, that we know what really lies in our hearts—and if it mirrors what we claim with our tongues.

It is an image that moves the hearts of many believers: A young woman leaves the safety and comfort of her home and voluntarily exposes herself to likely persecution or death—not once or twice, but day after day—to ensure the safety and well-being of a man to whom she owes no worldly obligation or debt.

Such was the case of Asma, the daughter of Abu Bakr, the close companion of Prophet Muhammad

who also accompanied the Prophet during the Hijrah (obligatory migration) from Makkah to Madinah. And it was for the success of this Hijrah that Asma bint Abu Bakr risked her life by carrying food to the cave where the Prophet

and her father were hiding in order to protect  their own lives.

And what of Umm Salamah, a woman whose open belief in Allah and His Messenger and whose steps taken toward Hijrah resulted in immediate separation from both her husband and young son? Day after day she cried for her beloved spouse and young child, but it was only after some time that she felt relief…

Of a surety, the choice of Asma bint Abu Bakr and Umm Salamah was testimony to their firm belief in Allah during a time when even amongst the strongest of men were those too afraid to become Muslim.

In Search of “True Islam”

“You people read your history like someone addicted to drugs,” the non-Muslim said of the Muslims. “You get a high off the stories, so you keep going back for more; but the high you get does nothing to help your life.”

I first heard this story at a lecture, and I couldn’t help agreeing, at least to some extent, with the observation of the non-Muslim. For how many of us think of “true Islam” as something that “used to” be real? How many of us relate the stories of Prophet Muhammad

and companions like Asma bint Abu Bakr and Umm Salamah as if they have nothing at all to do with “Islam in modern times”?

Or, worse still, how many of us simply take from these accounts praiseworthy labels like “Sunni” or “Salafi” and affix them to ourselves and imagine that by doing so, our Islam is pure and authentic to the exclusion of everyone else?

Is it because our circumstances are so vastly different from the believers of the past that it is difficult for us to draw practical parallels?  Is it because gaining a proper understanding of our faith is so complex that it requires years of study in an Islamic university or under renowned scholars?

Or is it simply because we have yet to grasp what “true Islam” means in the first place?

“And they have been commanded no more than this: to worship Allah, offering Him sincere devotion, being true [in faith]; to establish regular prayer; and to practice regular charity.

And that is the Right Religion.”

Why then is it that when we teach and learn about Islam today that it is so much more confusing and complex than this? Why do we not grasp that, whatever other obligations might exist for the believer, these basic principles form the very definition and foundation of our faith?

Why do we not grasp that as long as we have this firm foundation, we are Muslims and thus have hope of Allah’s mercy and forgiveness—which is, after all, the most that even the greatest of believers can hope for?

‘Islam Used to Be Real’

No, it isn’t that Islam itself used to be real. It is simply that, historically, a much larger percentage of those who testified to believing in Allah and His Messenger actually believed, hence the sacrifices of Asma bint Abu Bakr and Umm Salamah during the Hijrah.

or his companions living amongst us.

It simply necessitates that Islam live within us.

Only then can we live our lives such that Allah will write us down amongst those who are true in faith.