Twitter, facebook, skype, emails, mobile phones… we have never been so interconnected to our fellow man as we are today. With the swipe of a finger, we can be updated about events half way across the world. But all this connectivity comes at a price. The sheer volumes of data available to us leads to information overload.

One of the best examples of this can be found in the charity sector. In the old days, we had to rely on the words of an eye witness who travelled to a particular area and gave us an account. Today, we can see suffering happening… in real time. Our brains simply cannot process the tsunami of pain that comes at us on a daily basis… so it shuts down. We become immune. We become jaded. 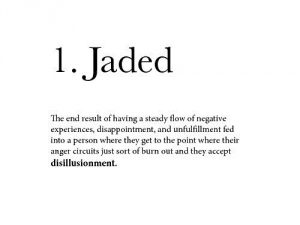 In order to prevent this “immunity” developing amongst volunteers and those taking part, each year we organise posters, leaflets and presentations to highlight how the funds raised in Charity Week have been spent – hoping to break past the noise and really move people.

There was the beautiful duaa from a Chechen mother whose children had their legs blown off by a landmine. Charity Week had funded the refurbishment of the only artificial limb centre in the country. She wrote to us saying she made duaa that for every step her children took, everyone involved would get ajar for it. 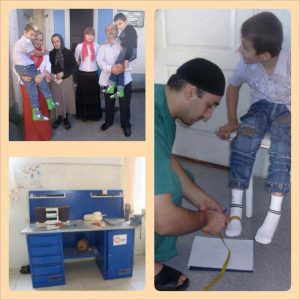 There was the heartbreaking story of the grandfather from Pakistan who greatly appreciated the funds used to sponsor his orphaned grandchildren. It had meant that he only needed to work one job instead of two.

There was the touching letter from the widow in Baghdad, who wrote that she cried when she saw her daughter smile for the first time in years at a children’s party organised to help arrange psychological and medical support for children like her.

Alhumdulillah, over the years, the barakah that comes from us uniting together has been shown time and time again with the benefit for the orphans and needy children being greater than if we all worked separately.

But despite all this, for those who are involved deeply – fighting the immunity, fighting the feeling that we had done our bit was still a constant battle. I was sitting in the audience for one of these presentations delivered by a friend and colleague of mine called Bilal.  It was heartfelt, poignant and I felt moved.

“His name is Bilal.”

The Prophet (SAW) said to a man who complained of hard-heartedness, “If you want your heart to soften, (affectionately) rub the orphans head and feed the needy.”

The Promise of Allah Fulfilled… Spectacularly

One Step Away From Despair… and Hope