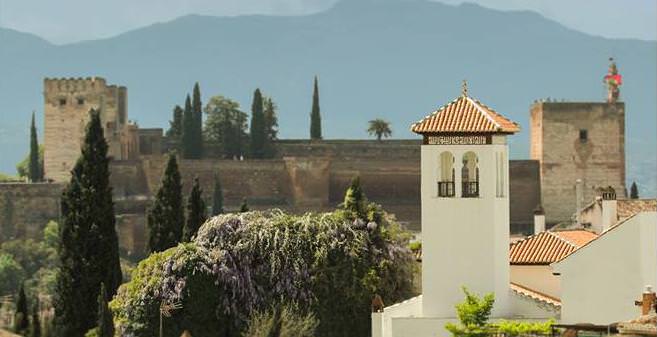 ‘La illaha il Allāh, Muhammad rasool Allāh…” a man repeats Islam’s testimony of faith with the Imam on the first day of Ramaḍān. The congregants cheer ‘Allāhu Akbar’ and overwhelm the new convert with warm hugs; no doubt, a beautiful way to begin the holy month.

Like many of us, I’ve witnessed this scene numerous times. I’ve learned to embrace the moment with cautionary joy; you never know what the fate of a convert will be. Will he be exposed to an overzealous Islam which will burn him out soon? Will he have conflicts with the immigrant Muslims who will try to impose their cultural traditions on him? Will he just become another statistic who ends up leaving the faith?

However, here, I don’t have that concern – I am confident this new convert will survive. That is because I am not at a conference with thousands in North America; nor at an immigrant mosque somewhere in Canada. I am at the Great Mosque of Granada where a Spaniard has just entered Islam. There are many things that distinguish this mosque from all others that I have visited, but one thing sticks out to me the most: spiritual sustainability.

Located on top of a hill with a majestic view of the Alhambra Palace, Mezquita Mayor de Granada is a community made up mostly of Spanish converts and their descendants. As I watch the children of the mosque frolic around the stately courtyard, I am touched to see how beautifully Islam has blossomed into this third generation of Spanish Muslims. Although this mosque was built in 2003, the story of this community goes back much further; November 1975 – to be specific.

It was near the end of that month in 1975 that three young Spaniards entered Islam at the hands of Shaykh AbdalQadir As-Sufi in London, UK. AbdalAleem, Muhammad and Atallah had been on spiritual quest traveling across Europe and eventually stumbled across one of the Shaykh’s gathering. AbdalAleem explains to me that it was the power of zikr, remembrance of God, which resonated with their hearts and led them to enter the new faith.

After studying in the UK for a while, the Spaniards returned to establish their new found religion. They spent sometime in Cordoba and Seville, but eventually decided to settle down in Granada. Under the leadership of Shaykh AbdalQadir, the small community of converts in this city began to expand. Land for the mosque was bought in early 80’s but legal and social opposition meant it took some twenty years for it to be built. Thirty years later this community has flourished into one of the intellectual and spiritual centers of Islam in Europe.

As we wait for dinner to be served to break our fast, I observe that the servers are all students of Quran I had met in Morocco several weeks ago. Back home for the summer holidays, these students spend the rest of the year living together in a small apartment in Fez. They spend their days memorizing Quran at a madrassah there; many intend to eventually study at the Qarawiyyeen. Boasting a disproportionately high number of Quran students, perhaps it’s the commitment to preserving this book that has preserved this community. The intellectual accomplishments don’t end there, however. The community is home to people like Hajj Abdal Ghannee who has translated the Quran into Spanish, in addition to key Islamic texts such as the Muwatta of Imam Malik and the Shifa’ of Qadi Iyad.

The Mosque of Granada isn’t the only mosque in this city. In the downtown area near Plaza Nueva, tucked away in the Moroccan quarter, lies Masjid al-Taqwa. After the afternoon prayer, the Imam at the mosque waits for the men to finish praying. He then calls out to the women behind the prayer barrier to come to the men’s section so he can begin the fiqh class. I seek permission to attend the lesson and he tells me to sit next to him. He begins teaching from Ibn Ashir’s famous poem Murshid al-Mu’in – a foundational text for beginner students which outlines Maliki jurisprudence, Asharite theology and Junaydian spirituality. Today’s class is on the chapter of purification.

The Imam teaching is Shaykh Hamid Omar. He is a Maliki scholar who used to teach in the Emirates but has been in Granada for over twenty years. He, along with Shaykh Abdar Rahman (who was traveling during my visit ), lead this mosque which caters primarily to those working in the downtown area. As is evidenced by Shaykh Hamid’s luminous countenance, both scholars are Mauritanian and hail from Murabit-al-Hajj’s tribe;  Shaykh Abdar Rahman being his own son.

The students attending Shaykh Hamid’s class are from different countries. Since he teaches in Arabic, the advanced student has to translate for her fellow classmates into French. I am impressed with the direct and frank manner this conservative scholar teaches female students. Weary of some over zealous congregants, he reminds the men of the permissibility and importance of teaching women their fard-ayn, or personal religious obligations. The people of Granada are indeed lucky to host such unique scholars.

In 1492, Granada became the last city in Andalusia to fall to the Christians; effectively ending over 700 years of Muslim presence. Five-hundred years later, this city is one of the focal points of Islamic revival in Europe. As the muezzin gives the call to prayer from the minaret of the Great Mosque, the narrative of two Muslim communities is juxtaposed. On one hill lie the remains of the Alhambra, a lost treasure now left to be admired by eyes of tourists. On the other hill is a living tradition; rich with energy and spirituality- it will survive and flourish for generations to come.