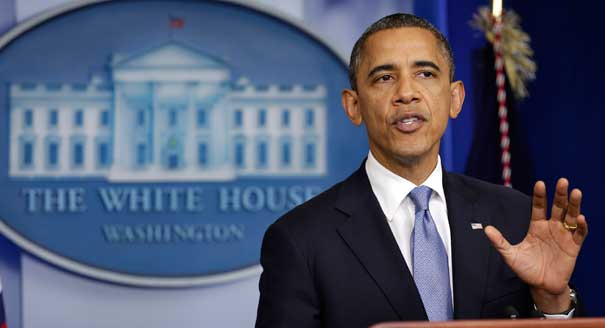 As horror stories of another massacre in Syria trickled in last week, western governments initiated their textbook game of diplomatic ping-pong. Condemnations were issued, outrage expressed and vows renewed. This has been the cycle since the war started. We hear of massacre after massacre, it makes the headlines; politicians express their disgust with Assad and all is forgotten after a few days.

But it is supposed to be different this time. Assad has apparently crossed Obama’s infamous ‘red-line’. Chemicals were definitely employed this time – well, we’re pretty sure they were. Why chemical weapons are the ‘red-line’, I don’t know – is the death of 100,000 not enough impetus?

Either way, the ‘red-line’ is crossed and the US will be taking action against Syria. President Obama has just announced his decision to intervene militarily – but he wants congressional support and will wait to see how Congress votes when it reconvenes on September 9th. It’s a smart move; politically speaking. The burden of going to war will now be shared collectively with other politicians. They either have to vote in support of Obama, or explain why they sat idly as another gas attack happened in Syria. Britain’s parliament has refused intervention; France is still deliberating over its final decision.

So, is military intervention from the West the way forward? At one hand, after seeing this grueling war for so long, it comes as relief to see foreign aid materializing. Perhaps it will weaken Assad, bring down his regime and eventually end the bloodshed. Some action is better then no action, right? We can’t possibly just sit and watch as hundreds of children continue to die.

However, the addition of another player changes the calculus of the conflict completely and makes the outcome impossible to predict. By getting involved, the US is effectively going to war with Syria and its allies (Russia, Iran et al). This gives Syria and its allies grounds to retaliate against US and its allies; Israel and Turkey being possible targets. If this is sounding like World War I, then that’s what it might turn into – worst case scenario. However, after engaging in a bloody war for two and a half years, its unlikely Assad would retaliate to American ‘surgical strikes’ with such might. That is perhaps what Obama is counting on.

The effectiveness of such an intervention is also questionable given that its objective is not regime change; unlike in the case of Libya – rather it is to ‘punish’ Assad. War under international law is legal only in two instances – if  it’s in self-defense or if it has backing of the UN Security Council; neither of which is being fulfilled. UN’s fact-finding mission has yet to confirm with certainty that Assad employed chemical weapons on its own people. US contends this and cites its own intelligence as proof; ‘intelligence’ which has lost credibility in the public eye since the Iraq war.

Moreover, what is more reason for caution, is the history of selective US-led interventions which have been driven by self-interest; not righteous indignation. As Imam Zaid Shakir summarized in his principled stance against the Libyan intervention, America only intervenes in conflicts to suit its own foreign policy objectives. When Saddam used gas in 1988, Baghdad was not bombed as Iraq was then a US ally. No military intervention took place in Congo or Rwanda or Gaza. Israel used white phosphorus over dense populations in Operation Cast Lead.  In Robert Fisk’s opinion , Iran is what is fueling American activism this time around. As Assad’s forces are gaining strengthen, the US is inclined to intervene as a victory for Assad is a victory for Iran – and that can’t be tolerated.

Yes, I am ambivalent about an intervention – it’s hard to see if it will fuel the conflict or bring it to an end. If there is an intervention, I pray that it succeeds in stifling the brutality and bloodshed. There’s little that can be done from the outside while maintaining ‘neutrality’ in this conflict. And that is the nature of war. You helplessly sit and watch hundreds die, you burn with anguish and you cry your tears. The war ends when it ends; when one party is overcome or one accepts defeat.

Such has been the case for all wars; and this war will be no different.