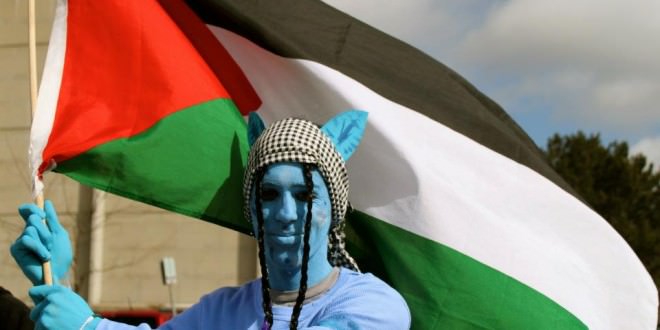 We’ve spent the last few articles describing the apartheid policies implemented by Israel in the Occupied Palestinian Territories (OPT). The obvious question which follows is: so what, what am I to do about it and why?

Apart from the obvious moral incumbency of acting to eliminate injustice, the Israeli-Palestinian conflict deserves special attention for a number of reasons. Most importantly, we Westerners, Americans especially, have an obligation to act because it’s our governments that are fueling the occupation in the first place. Without the political backing of the West, Israel won’t be able to continue usurping Palestinian land. In addition to the vital political support of the world’s superpower, America also supplies over $3 billion in military aid to Israel every year. That’s tax payer’s money going directly to fund the occupation.

Unlike many other conflicts, the average person can in fact do something about this issue. Boycotts, Divestments and Sanctions (BDS) is a global movement of concerned citizens spanning across the globe. From campus clubs to community groups to corporations; people from all facets of life participate in it with the objective of bringing the conflict to and end.

What is BDS, and what it isn’t?

The call for Boycotts, Divestments and Sanctions (BDS) against Israel was made in 2005 by over 170 Palestinian community groups. They called on the global community to take these measures against Israel until it complies with international law. BDS is a non-violent coalition which demands an end to the occupation of the OPT, respect and protection for the Palestinian right-of-return and equality for Palestinian citizens of Israel.

Consumer boycotts involves us making an effort to eliminate consumption of conflict goods in our local communities. This would involve boycotting goods that are produced on settlements which are built on land stolen from Palestinians. It would also include boycotting corporations which aid the Israeli military. For example, Caterpillar is a good example as it provides the bulldozers used to demolish Palestinian homes.

Some people might be sighing with disillusionment after reading about ‘boycotts’. They are probably thinking of the infamous ‘Boycott Starbucks’ campaign which was awfully poplar in the Muslim community; though based on complete falsehood. Just to be clear, boycotting StarBucks had nothing to do with the BDS campaign. In fact, it’s the perfect example of ‘boycotts-gone-wrong’.

Boycott campaigns for BDS are usually organized by social justice groups in local communities. There isn’t a central control structure and each group decides independently the route it wants to take. It’s important to boycott smart, rather than boycott blindly. For starters, having clear evidence of a corporation’s complicity in supporting occupation is a must. It’s important to set a clear criterion too. For example, it’s ineffective to simply boycott a company because it does business in Israel; it makes more sense to do so if the corporation directly supports the illegal settlements. In addition, it’s important to write letters to the company letting them know your group is boycotting them; or else they’ll never know. Peaceful protests such as these are another way to make your voice heard. It’s also important to focus your campaign on a handful of companies; making an endless list is a waste of time.

Listed below are some of the main social justice groups whose campaigns/chapters you can sign up for. If you’re a student, your best bet are the clubs on campus. Just a heads up: within solidarity activists, there are over zealous groups whose harsh rhetoric verges on vilification and hate-mongering. Stick with the mainstream, well-organized groups run by level headed individuals. (Canada: CJPME US: End the Occupation, Stop the Blank Check Ireland: IPSC Australia: Palestine Action Group UK: Check the Label International: BDS)

The second pillar of the movement, divestments, is aimed at corporations and institutions. It involves these groups reevaluating their investment portfolios and withdrawing any investments from corporations which support the Israeli occupation. Most active amongst this category have been churches, trade unions and student groups. Some recent examples are the United Church of Canada and the Mennonite Church US. Student groups across the globe are lobbying universities to review their investment portfolios. Many corporations have ethical investment policies and if you feel these are being violated by the company you work for; you could try to lobby to get them to comply with these standards. The Methodist Church has prepared a report outlining some of these companies; there might be better reports out there, so do you’ll have to do some research.

The last pillar of BDS is Sanctions. This is something that is primarily to be implemented at the state level. For the most part, the movement hasn’t gotten that far yet as most Western government’s still support Israel. However, an EU report recently urged member states to withdraw funding to the settlements and disallow conflict goods to benefit from trade agreements with Israel. This is a step in the right direction and indicates the increasing international pressure on Israel.

Chomsky and Finkelstein on BDS

Noam Chomsky and Norman Finkelstein, two of the most well-known academics in the solidarity movement, have both been critical of BDS. Given the remarkable roles they’ve played in advancing the Palestinian cause, their opinion carries a great deal of weight and has led to hesitancy to adopt BDS in come circles. Right wing commentators and Zionists frequently quote their stance with the objective of dismissing BDS as nothing but a group of anti-Semitic hate mongers.

However, a detailed look at their position would reveal that they actually support boycotts, divestments and sanctions as a strategy. For example, Chomsky believes we should boycott companies such as Caterpillar and Motorola that support the Israeli military, and should lobby for an arms embargo. Finkelstein also holds the same position. Their criticism is not aimed at the principles itself. Rather it’s aimed at some of the official stances of BDS and specifics about how to implement the strategies (e.g. academic and cultural boycotts). It appears their conflict is more with the leadership of BDS, many of whom advocate for a one-state solution; a position that doesn’t sit well with either of them.

The reason of elaborating on this issue is because many have turned away from BDS because it hasn’t gotten the Chomskian stamp of approval. However, the reality is both Chomsky and Finkelstein generally support the strategies of BDS; their disagreements are with specifics and some individuals within the leadership. Given the grass roots nature of the movement, social justice groups work independently and carve out their own methodologies of how to implement BDS. You might disagree with elements of BDS, I do so myself, but that doesn’t mean you can’t participate in it.

It is thus vital to not get hung up on terms and simply go back to the root of the problem: the Israeli occupation of Palestinian lands. Reiterate that the occupation is illegal by international consensus (including US policy) and needs to come to and end. Our goal is not to convince people about the type of oppression taking place; it’s to end the oppression.

June 1st : International Day of Action for the Rohingya Suffering