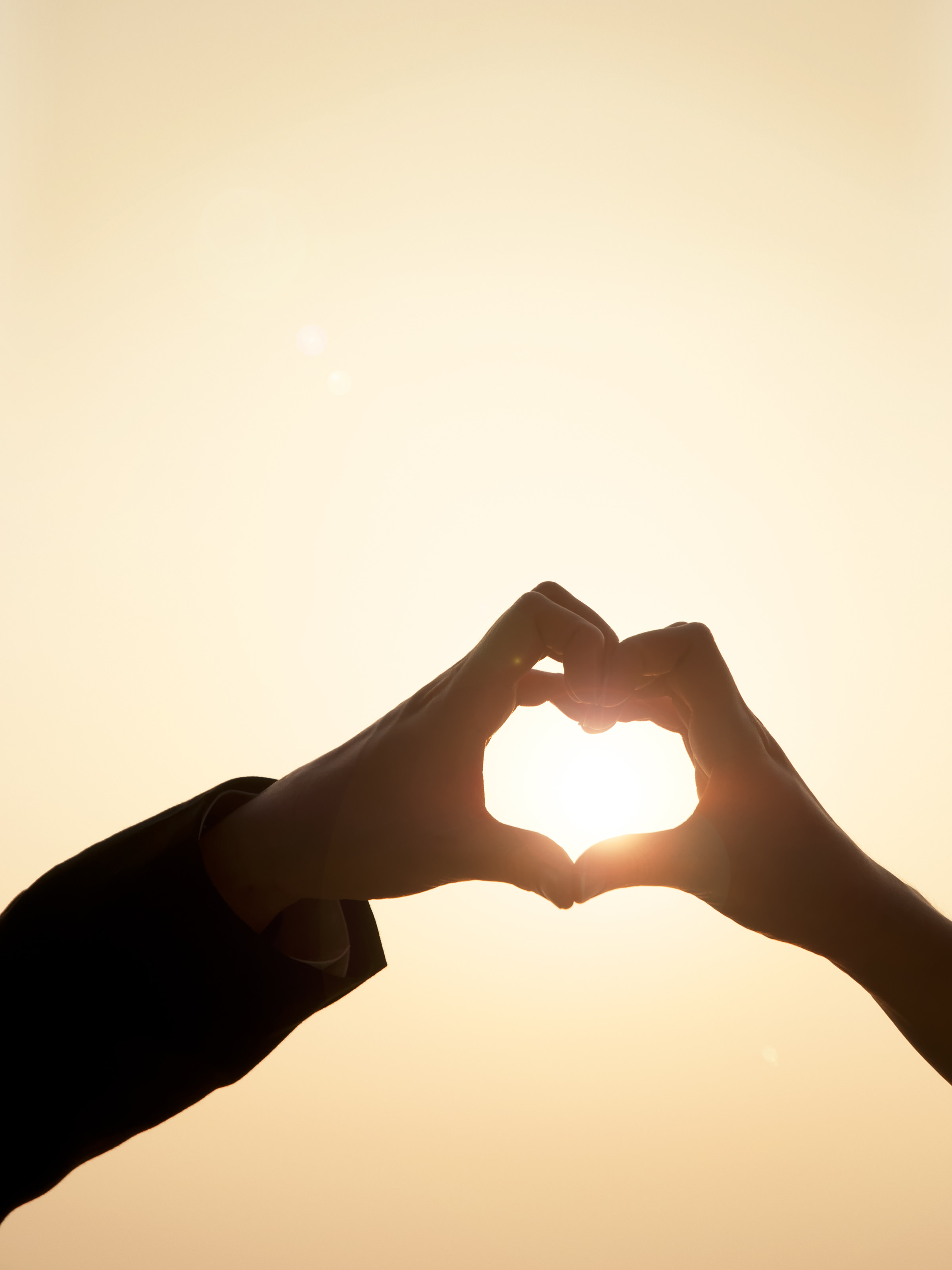 Married 15 Years, On Sex as a Tradeoff for Love, Protection & Provision

This notion that sex is a trade-off for women in exchange of provision, protection and emotional love in a marriage doesn’t make sense to me and to most women I know. It objectifies the man as a cash register and denies his needs for emotional love. The idea of this trade-off may motivate some women who do not have any sexual desires (a VERY low percentage of women, and this cannot be used to make a general ruling for all women).

A sister who was taught this in an intimacy class mentions, “extending the “contract or legal” aspect of marriage into daily life hinders meeting the needs of one another in terms of a relationship. For example, we don’t have a contract defining our relationship with our parents. Most of it is based on God-consciousness (taqwa), goodness (ihsan), and using common sense to meet their social, emotional, and physical needs. Why not extend that to the spouse?

In his book, Zad al-Ma’ad, Imam Ibn Qayyim says, “Approaching a woman from her anus is unlawful. This is because the woman has also the right of sexual satisfaction. She cannot get any kind of sexual pleasure by such position. The only natural and proper way to have sex with a woman is through her vagina.” Not completing each other sexually is an injustice, and men are digging themselves into a hole for which they will have to face Allah. It is not enough to think they are okay just because some of our shuyukh are telling the wife to be patient.

Married 15 Years, On Sex and Virtue

declared Salman and Abu Darda’ brothers.  One day,  Salman visited Abu  Darda’. He found his wife wearing shabby clothes.  He asked  her,  “What  is  the matter with you Umm Darda’?” She said, “Your brother, Abu Darda’ stands in prayer all the night and fasts all the day. He no longer wants anything from this worldly life. Then Abu Darda’ came back greeted him and had some food prepared for him. Salman said, “You have to eat with me” Abu Darda’ said, “I am fasting.” But Salman swore an oath that he must eat with him.” Accordingly, they ate together. At night, Abu Darda’ wanted to spend the night in prayer but Salman asked him not to do (in that night). Then, he said, “Your body has a right over you and your wife has a right over you. Observe the fast sometimes and also leave it (the fast) at other times; stand up for the prayer at night and also approach your wife at another night. Thus you have to give everything its right. In the morning Abu Darda’ told the Prophet

what Salman had done with him. The Prophet

, repeating Salman’s statement, said, “Abu Darda’! Your body has a right over you…” [Reported by Al-Bukhari and Tirmidhi]

Another devastating misconception that often comes up is that a woman cannot be a virtuous and a sexual being at the same time, that virtue and desire are not mutually exclusive.  Feeling desire does not mean that a woman is promiscuous. Many women are reticent to express their desire because their husbands may think less of them. Others are taught that sex is dirty or shameful or that only prostitutes climax.  If your wife is under this misconception, for Allah’s sake, please talk to her.

Some Islamic classes and teachers addressing sexuality teach that women who feel desire will not attain the pleasures of Paradise. This teaching can really hurt a marriage, particularly of those women who are becoming more ‘practicing’. Others teach sex as charity (sadaqah) based on the hadith from Bukhari, but limit women when they stress that charity (sadaqah) is seeking reward only from Allah. Women then start treating sex as an obligation, with a ‘holier-than-thou’ attitude, not expecting any sensual pleasure. But sadaqah also means truth and giving the best that we have.  Sadly, many times this is not emphasized.

We’ve all heard that men think about sex almost as much as they breathe. The command to lower the gaze, though directed toward both genders in the Qur’an, is more strictly enforced on men. Men and women are created differently, yet the Prophet

mentioned in a hadith that, to paraphrase, women like what men like, such as good looks for the sake of arousal and pleasure. Sexual chemistry is a must for both husband and wife to have a healthy intimate life.

However, everyone knows that the hadith about fulfilling sexual needs is often directed toward women: a woman should get down from her camel or let her bread burn if her husband wants to have sex with her. She should also fear Allah if she refuses, knowing that if she neglects her husband without valid reason, the angels will curse her.

Yet there are women who go about their married lives sexually unsatisfied and wondering if their husbands are held to the same obligation. If marriage is supposed to protect both partners from zina (unlawful intercourse), is a husband punishable for not coming to his wife when she asks for sex? Should he drop what he’s doing to fulfill her needs?

The implication here is that women are more likely to refuse the call of their partner for sex, generally speaking, which indicates that generally, many men have a stronger libido than women, or that women are more prone to sexual highs and lows than men, whether circumstantial or hormonal.

Yet we cannot escape the fact that women do have a libido, and one that is strong enough to tempt an unsatisfied woman to have an affair or watch pornography, for example.

Other women are born with stronger sex-drives.  Scientists theorize it may have some connection to do with male hormones (androgens) that the female fetus was exposed to in-utero. Men are either very excited to be married to them or very confused, some even intimidated.  Such women may have what comes off as a voracious appetite for sex, and will leave some men wondering why she isn’t a little more demure.  A woman can even be made to feel ashamed or too “masculine” for having a high sex-drive.  Yet whose yard-stick are we using to measure what is or isn’t normal?

A woman can have as strong a libido as a man, or even stronger.  Since a woman’s libido vacillates with circumstance, and actually rises with age, a woman’s sexuality is fluid. She can be aroused more easily and more often at thirty-five than as a teenager or newly-wed.

Married 5 Years, On Sex During Pregnancy

Sex during pregnancy is different for each couple. Depending on the condition, libido and sex drive fluctuates, sometimes from week to week. During the 2nd trimester especially, “normal” pregnant women have an increased sex drive and are easily aroused, especially by stimulation of the G-spot, so take advantage of those days. Keep in mind the idea of “unselfish care of your partner,”  and try some different positions.

Married 10 Years, On Sex After Kids

One devastating trope about women is that after they have children, their libido goes down. Yet scientific research suggests it goes up. Does a woman actually have a lower libido or has she come to expect less satisfaction over time, often presenting a false image that she is less interested in sex?

Marriages change after children and motherhood is extremely taxing.  Women can almost seem to go into a “dormant” state, yet the reality isn’t that her libido is gone.  The reality is that her sex-drive is directly connected with a general sense of well-being.

If more men were in tune with their wives emotionally, wanted to uphold a lasting friendship, or were proactive as husband and fathers, they might find the dramatic change that they were hoping for in their marriage.  With a better sense of emotional well-being outside of the bedroom, a woman’s libido will sky-rocket inside it.  She may even be more open to trying new things or engaging in different styles or fantasies she was too reluctant to explore in her younger years.