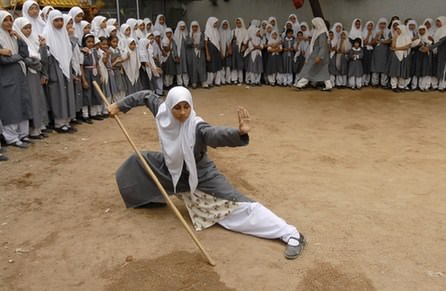 For generations, the age-old gender battle between hormonally-repressed stalker brothers and utterly creeped-out sisters has been waged from college campuses to Mosque common areas, and to this day you can usually find this war waged almost exclusively amongst our youth.

Little is known about elder uncles being MSA creepers, partially due to the fact that a 50 year old man who’s still in college and is peeking through the dividers in the university prayer room just cranks up the creepiness factor to haramarifically fitnatastic levels. Alḥamdulillāh, thankfully our MSAs don’t have to deal with that, though apparently to society’s dismay, sisters shockingly fantasize about these sort of things: 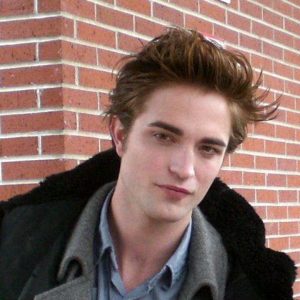 “I’ve been repeating the same year of high school 92 times just for the chance to meet you and fall in love with you, sister…”

Yeah, no thanks. I’m not a girl, but at least I have enough standards to know that a sparkly vampire guy who needs to repeat high school 92 times clearly doesn’t rank very high on the intelligence scale.

But aside from sisters’ undead fantasies, the reality that every MSA in the nation does deal with are the threat of creeper brothers. Like Ninja Gollums (use your imagination to visualize that), these creatures skulk in the shadows waiting for MSA events and gatherings, the perfect opportunity to creep out in the open disguised as a regular attendee. The “precious” that they desperately seek? None other than the tempting golden One Ring… …to be put on the finger of a “lucky” hobbit sister. I think I’ve gone a bit overboard with this analogy, but just to be sure- make sure to shave your feet, ladies. 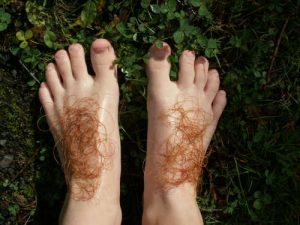 One of the rare times when lowering your gaze results in painful regret.

Now then, “crouching brother, hidden stalker” is a secret ancient ninja art passed down from creeper master to creeper pupil for generations. How do I know so much about this secret art? Because shut up. I know what you’re implying with that question. I’m not a creep, don’t even try pinning that on me, this entire article is NOT from experience. Stop judging me with your cold, accusing eyes.

This ninja art, practiced predominantly by desperate brothers who have been “divider-zoned” in their MSA, is a covert means for them to creep on sisters without their knowledge. Back in the pre-facebook days, this would consist of the following techniques:

Place any sort of object or barrier in front of a man’s field of vision, and he’ll naturally want to see what’s behind it. “Dividers” have been a classic defensive structure constructed by sisters in order to keep the overwhelming wave of testosterone and Axe body spray smells at bay.

So naturally, curiosity builds in the brothers, and imaginations run wild as to what exists in the other-world dimension of the “sisters section.” Are there possibly manicure and pedicure parlors, mini shopping malls, and a roller coaster in the 7-square-foot closet that we’ve allotted the sisters for their prayer section? There’s only one way to truly know, according to Captain Kirk- “to boldly go where no man has gone before.” 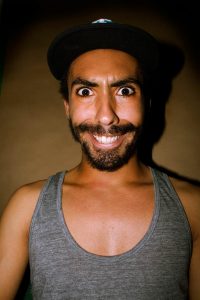 Anyone who’s been an MSA Board member knows that when it comes to getting volunteers, sisters are usually a highly-organized well-trained platoon awaiting orders, and the brothers are usually just a group of lazy, lethargic sloths who spring to action only when food or sports are involved.

So it always seems a bit suspicious when a brother is overly enthusiastic about volunteering, especially when it comes to tasks related to sisters.  Unlike the natural creeper bros who just gawk at divider gaps, these bros are able to creep under the guise of official MSA duty. 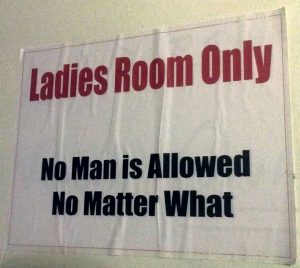 Unlike the other two styles of creeping, this is the sneakiest and most subtle form of stalking because the brother doesn’t do any of his own “creeping.” That’s where the proxy comes in- his own big and/or little sisters who also attend college are perfect for being spies, due to their possession of a magical second X chromosome.

The creeper brother essentially relies on his own sister to venture into “no mans land” and report back to him on her reconnaissance mission. What girl would cast suspicion on her own fellow sisterhood of the traveling ḥijāb? Stand back CNN and Al-Jazeera, you guys are amateurs compared to how extensive the news network is amongst sisters. And that’s what makes this technique so dangerous- giving a brother access to that network via a proxy router sister could be disastrous.

Or so you’d think. The greatest opponents to creeper guys are their own sisters, who are able to give them a mahrem-powered slap of reality. Creeping requires subtlety and espionage, and creeper bros often discover that it’s easier trying to convince Nicki Minaj to not look like a kids’ party clown than it is getting their own sister to be complicit in their stalking.

With the advent of Facebook, the legendary stalking website, all of the old-school methods of creeping are simply obsolete. Why bother trying to creep in public when you can just do that online? Now creeper brothers can stalk silently and anonymously, with no risk at all of getting caught, except for the poor fool who accidentally clicks “like” on a sister’s profile picture from 2007.

There really isn’t much subtlety to Facebook creeping, since everyone’s personal info is right there- literally anything and everything, ranging from birthdays and hometowns to terribly instagram’d pictures of what you ate this morning. Stalking has become so easy that all it really takes is just a few clicks and perhaps even a twitter search for more thorough creepers. 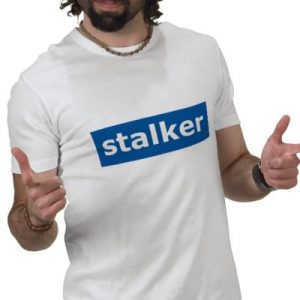 Limited profiles are such a bore for most creepers- it’s like slapping a niqab on your profile, so the only thing people are able to see is that you’re a human being who’s alive. But public profiles? That’s like a creeper’s lucky day! Four albums of 300 photos each? Well now, it’d be a shame to let all those pictures go unappreciated!

Yeah yeah, I know I know- this article seems a bit too gender biased. What about creeper sisters? Don’t they exist too? You better believe it, and unlike guys, creeper sisters put the FBI to shame with how effectively they’re able to gather information on their targets.

Beware fellow brothers- most of you are probably being stalked at this very moment, but your creepers are so masterfully elusive that you probably won’t ever realize it, nor be able to discover who it is. Or it could be entirely possible that you’re just a lonely loser, and there’s no one who wants to stalk you, but the idea is kinda flattering. If you feel that might be the case, then I feel bad for you. You deserve a bro-hug and a double-cheeseburger as consolation. 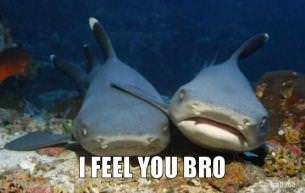 Ultimately, whether you’re a brother or a sister, practicing the art of a hidden stalker is just creepy and off-putting. Islamically, the privacy of your fellow believers are paramount, and loving for your brother what you love for yourself is a lesson that rings true once again. If you’d personally feel uncomfortable with some stranger gawking at you in public or at your profile pictures online, then don’t justify committing those same invasions of personal space and privacy yourself.

If you think creeping will score you marriage points, then I’d say you’re sadly mistaken- showing respect and reverence for the honor of others is a virtue far more attractive than memorizing all of the status updates someone makes over the course of a month.