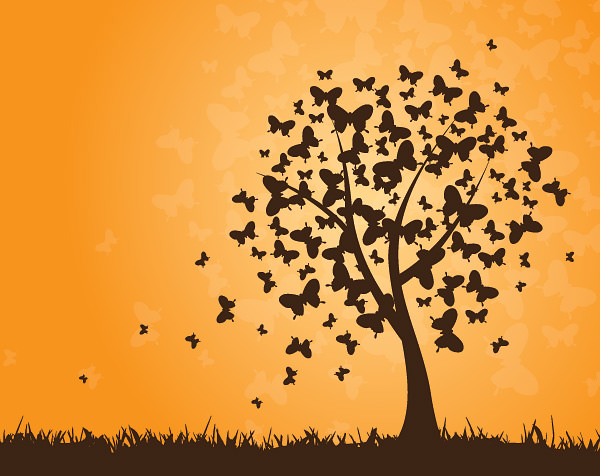 With age comes the stereotype that wisdom has been attained and that one’s intellectual capacity has reached its limit. Stereotypes like these cause us to assume that the older one is, the more answers that they have, the smarter that they are, and above all, the more mature that they have become.

Stereotypes, however, have a tendency to be either an exaggerated version of the truth or untruthful altogether.

I once took a psychology course focused on aging and its affects on cognition. Based on what I learned, it’s true that we look up to older people as vessels of wisdom partly because of their experiences. You see, because they have lived longer, they have most likely had more opportunities to experience a variety of situations and issues. Most importantly, however, we presume that older adults have learned from their experiences.

One of my dear friends provided me with a spectacular analogy using trees and butterflies related to her by her psychology professor; as a result, something interesting that I have come to realize is that in terms of learning from life experiences, some people are like trees while others are like butterflies. Let me explain:

From the time of conception a person is like a seed, growing and developing into a far more complex being than its former self.

As time passes, this seed – now a tree – extends upwards, giving birth to branches and leaves that hang therefrom.

People, too, grow upwards, shifting from a phase of crawling on all fours to balancing oneself respectably on both feet.

Both trees and people, however, have a threshold: a point where vertical growth ceases and the potential for further development is lost…or is it? 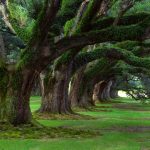 For humans, it shouldn’t be.

Because our growth is not limited to the limbs that we carry. Unlike a tree, we are intellectual beings with a limitless capacity for further progression into something better and more advanced than what we used to be. Despite this, in the way that a tree has a linear growth (which at some point comes to an end), so do some people.

Regardless of the fact that they have attained growth with age, it has thus far has been limited to only the physical. Any room for intellectual and personal growth appears to be vacant or non-existent – and I’m sure we have all witnessed this calamity for ourselves.

Have you ever come across an adult who, despite their age and seeming maturity, act worse than children?

At least children can have excuses: ignorance, lack of experience, poor insight – but what about these grown adults?

I was once sitting on the train on my way home from classes when I overheard a (loud) conversation between two women. Their so called “discussion” consisted of something evil.

Something shameful – they were backbiting another woman…badly.

Now, I took a good look at these women and marveled at the fact that despite being in their 40s-50s (or maybe older!) they were resorting to something so trivial; the type of behavior we would expect from the stereotypical teen-aged girl or boy. I couldn’t help but cringe at the realization of how unbeffiting this was for two women who, according to the age stereotype, were supposed to be the epitome of poise, intellect, and sophistication.

When we look to older people, we simply expect better from them.

We know that they have gone through many experiences and so this expectation stems from our general understanding that with experience comes learning and with learning comes growth.

But like a tree, some people simply grow bigger and taller…and that’s where it ends.

Which is why we sometimes find adults acting like children – or worse – failing to use the common sense which should have accompanied their years on this earth. For instance, we find them using foul language, bickering, gossiping, attempting to appear/act youthful, arguing, and doing a number of other things that leave a wrong taste in our mouths and a skewed perception of older adults. 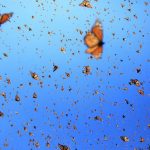 Instead, it went through a process.

It started as something tiny and seemingly insignificant – a caterpillar. But sometime during its life, it came across change.

Through a magnificent process of metamorphosis, this measly caterpillar evolved into something so grand, so magnificent, so beautiful – a butterfly.

No longer does it spend its days crawling on the ground and munching on leaves.

No – for today this caterpillar has extended its wings soaring high above its earlier stages of life. It soars high into a world it has never seen and flutters from flower to flower, tree to tree, gaining experience and breadth with every place it lands. This caterpiller has lost the right to even be called a caterpillar for with that term comes the baggage of helplessness and dependancy – something that it has long ago shed.

Likewise, on the journey of being a helpless infant to a fully grown adult, some people metamorphosize.

They develop in stages, casting off the blankets of their former selves. Their age is accompanied with pure wisdom and depth and they look through eyes of understanding and maturity, seeing the world for what it truly is.

They do not waste their time engaging in the frivolous things from their youth for they have grown a growth which has extended past the phsyical realm and into the sphere of comprehension and intellectual expansion.

So I ask you to reflect: are you a tree or a butterfly?

If you answer with a tree, know that as the trunk grows vertically, the branches are cast this way and that, refusing to be confined to a linear growth. A tree, you see, is dynamic. So know that although you may have grown without truly having ever grown, you still have the potential to deviate from the norm of this current linear growth and expand your horizons.

And if you are currently identify as a butterfly, I pray that you continue to spread your wings and fly. Fly to new places. Fly to new areas of learning and expertise. And fly to understanding the purpose of your flight.

Top 10 Terrible Khutbahs (and what I learned from them)