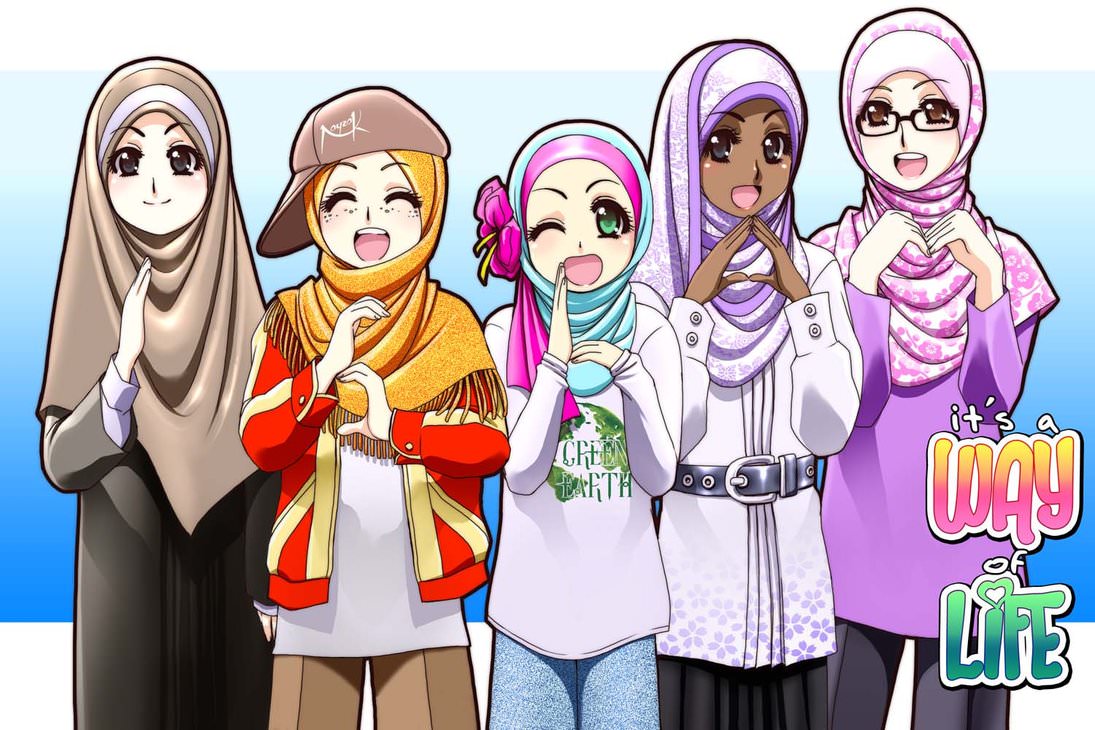 Do you ever wonder about the purpose of hijab?  Do you sometimes think that wearing a hijab might be too much for you?  Are you interested in hearing what other Muslim girls your age have to say about wearing hijab?  If your answer to any of these questions is yes, then this article is for you!  Below are some thoughts and experiences of a Muslim preteen discussing hijab.  Share your own reactions to this article by commenting below.

Am I Doing the Right Thing? – A Muslim Preteen and the Hijab Heebeejeebees

Ever see your friend wearing shorts on a hot summer day while you’re wearing a pair of black, saggy jeans and a long-sleeved shirt with a bland hijab?  If you answered yes, I know what you are going through.  Many pre-teen Muslim girls go through this, dreading the day they will have to start wearing hijab all the time.  It’s part of the “circle of life” for a Muslim girl.  There are many reasons why girls are hesitant to wear hijab.  Some do not understand why we wear it and others don’t really know how to deal with the problems or intense feelings they may face when wearing it.

First, I bet you are wondering why we have to do this? Why do we have to cover our hair and dress modestly?  The main reason is because we want to obey Allah according to what the Qur’an says.  In the Qur’an, a guide for us to help us go through our lives, Allah tells us to cover because, to Him, we look beautiful dressed modestly.  Maryam (A) was the most loved woman chosen by Allah.  She was very modest and wore a hijab.  Wearing a hijab shows a sense of modesty to you and to others.

Hijab is not just for girls.  Allah asked guys to dress modestly, too.  So your brothers can’t wear tight shirts or skinny jeans either. Many of the same rules that we must follow apply to them, as well.  So don’t think guys have it easier.

Some girls get scared to be seen in public in hijab. If you are one of those, you may be worried about what people will think about you. You worry whether you will fit in. You think people on the street are thinking that you look “strange” or “weird.” Many girls go through this.  Don’t worry; you will make friends. I recently started going to a new school when I had just started to wear hijab.  On the first day, I was horrified people would judge me just because I look “different.” However, I made a lot of friends because I was a confident and smiling person.

What do you do when someone is staring at you or you have a weird, uncomfortable moment? Every girl wearing hijab gets some strange moments when some random person stares at her. When someone is staring at you in a nasty kind of way, just smile back at them. What can they do? Hello! They have to smile back.  When you smile at people, they will either smile back or get embarrassed and look away.  Just don’t be afraid.  Many girls are afraid of all the questions that people will ask, especially girls who are shy.  One of the most aggravating things people ask is, “Do you have cancer?” When you get questions like these, just calmly answer. “Wearing hijab is a part of my religion.”

Other Muslim girls get worried about dressing up. With hijab, even if you don’t always have to worry about looking like a model, you don’t have to look like a dump. You can still look stylish.  For example, you can take a short dress and wear a long-sleeved shirt under it with jeans. Dressing up means a lot to girls and being Muslim doesn’t mean you can’t wear the latest trends or have a fashion sense. For example, last year the trend included colorful maxi dresses, skirts, ruffles, and ray-bans.  You could easily buy a hijab with ruffles and wear a pair of ray-bans.  Just be creative. Don’t let other people get to you and put you down. 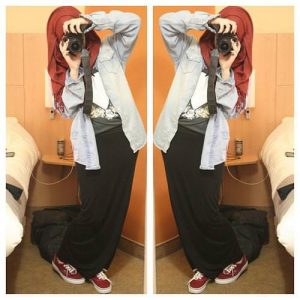 Here’s another big reason some Muslim girls don’t want to wear hijab: friends. Everyone has friends and is scared to lose them. If you think that you are going to lose your friends once you start hijab, examine your friendships.  Are you really going to lose them because of a piece of cloth on your head? Are those types of friends really worth it? I hate to break it to you, but those friends aren’t really worth it because real friends are supposed to stick to you no matter what.  That’s what friends are for.  Maybe you think you will have to go through all that pain when you hear, “I’m not your friend because you have that weird thing on your head.” Maybe you will hear that, but are you going to be a whiner and quit hijab just because of a friend who may not come and help you when you’re in college or when you are married and have kids?  Or are you going to stand up and say, “You know what? What type of friend are you?  You don’t want to be friends just because of a piece of cloth on my head?  Who wants friends like that?” We have to be confident and strong.   Friends aren’t everything in this world.  We have to make real friends who will help us and make us better people.

Another concern girls have is that they cannot be leaders if they wear hijab. They think that they cannot play basketball, be a Girl Scout, or become a doctor. They think they will get stuck at home forever. This is not true, however.  There are many Muslim women who are strong and true role models for Muslims: the greatest teacher Aisha, the best business woman Khadijah, the astronomer Al-Astrulabi, and so many more amazing Muslim girls and women who have made a difference in the world.

Dealing with feelings is the hardest. Girls get a million emoti-cons bursting in their heads when they start thinking of the future. But the future can be great, too. When you wear hijab, you will get a huge amount of respect. Guys will look at you as a human being. People might stop you on the street and ask you questions about Islam.  For the curious ones, just smile and answer their questions. If you think about your decision to do hijab, you will also grow up to be much more mature and your self-esteem and confidence grows stronger.

So even if wearing hijab can be difficult, remember that there are always solutions to what seem like big problems.  Just think of the rewards waiting for you on the other side.

Zaynub is twelve years old.  She enjoys debating and loves photography esp. Instagram.  She also has a special passion for reading.  Zaynub was born in Pennsylvania and raised in California.  She currently lives in Washington D.C.

Pitfalls of a Practicing Muslim