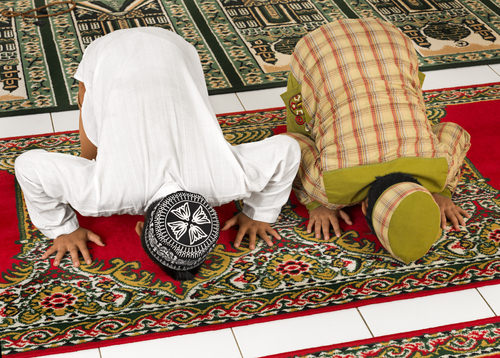 It is said: “Whoever acts by what he knows, God will bequeath to him knowledge that he does not know.”1 Thus, as a person practices what they know, they are guided to a deepening of faith, a sharpening of the spiritual faculty, and an intensifying of taqwa. The Qurʾān insists:

While as for those who accept guidance, He increases their guidance, and bestows on them their piety. [Surah Muhammad,17]

There are, we are cautioned, certain pitfalls along the path which we must steer clear of; and it is not uncommon for those committed to religious observance (“practicing Muslims” is the usual term) to stumble headlong into such dangers, corrupting works of faith and poisoning the Spirit and health of the heart. Of these pitfalls is ‘ujb: vanity, conceit, vain-glory, egotism.

In the case of religious works, ‘ujb is when we fail to realize that the act of worship we have performed, or the knowledge we have gained, or the charity we have given – for instance – is not of our own doing; but is a gift from God. Only when blinded to such a reality do we then start to see these works as being of our own accomplishment and efforts. We then begin to become vain, egotistical and bask in our own self-glory. Ibn ‘Ata’illah counsels us: ‘Let not acts of obedience make you joyous because they come from you. But be joyous because they come from God to you.’

Say: “In the grace of God and His mercy, in that let them rejoice. This is better than that which they hoard.” [Surah Yunus, 58]2

Akin to the dangers of ‘ujb is that of kibr – arrogance, haughtiness, pride, hubris. One hadith defines arrogance as being:

batr al-haqq wa ghamat al-nas – ‘rejecting the truth and looking down on others.’ [Muslim, no.91]

Seeing ourselves as better than others or viewing others with contempt, disdain or as being inferior, is outright arrogance or kibr. There are many manifestations of kibr. Being boastful about one’s looks, wealth, worldly achievement, or social status are among the most common; as is considering oneself to be religiously more devout or more pious than others. Ibn ‘Ata’illah writes: ‘Disobedience which bequeaths humiliation and extreme brokenness is better than obedience that bequeaths conceit and arrogance.’3

This is not an encouragement to make light of disobedience, or to casually sin and to then apologize to God. That would be sheer impertinence and mocking the majesty of God. It is urging us, however, to do works of faith with humility and abject spiritual need and poverty (faqr), realizing that we can never worship God in the way He really deserves.

Again, from the religious angle, kibr is a failure to see the reality behind works of faith. Not only is the ability to do such works Heaven’s grace – giving us no cause, therefore, to brag or to gloat over accomplishments which are not of our own doing – we don’t even know if our acts are accepted by God or not. For what counts is not the deed, but its acceptance. The Prophet

‘None of you shall be saved due to his deeds.’ It was asked: Not even you, O Prophet of God? He said: ‘No, not even me, unless God covers me with His mercy and forgiveness.’ [Muslim, no.2816]

Masters of the inward life have said: la budda min al-‘aml wa bihi la nasal – ‘Works are indispensable, but we do not arrive by them.’ Rather, reaching God is only by His love, mercy and unmitigated grace. That is, man progresses towards God, not by his works or efforts – though they are a precondition – but by God’s compassionate “attraction” with which he draws the seeker to Him. Wa’Llahu wali al-tawfiq.

1. Cited by Abu Nu‘aym, Hilyat al-Awliya (Egypt: Dar al-Rayyan, 1986), 10:14-15, where he says that the chain has been forgently ascribed to the Prophet, peace be upon him; although its overall meaning is sound and echoes the verse cited just a few lines down.

MuslimKidsMatter | Am I Doing the Right Thing? – A Muslim Preteen and the Hijab Heebeejeebees