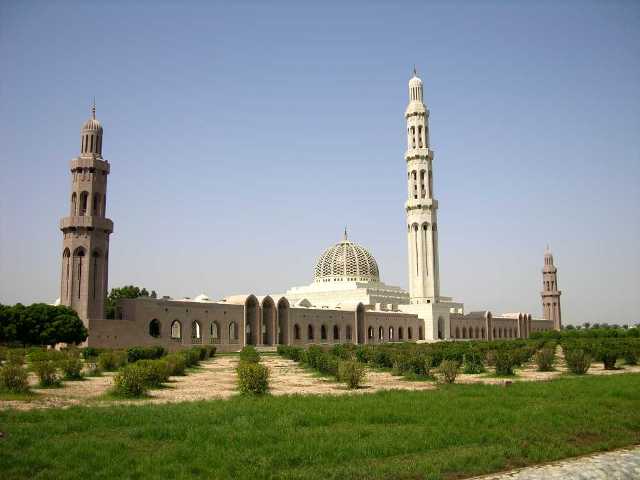 The room was silent as the scholar spoke to an attentive crowd. People had traveled from far distances to give their ears to a beautiful sermon about the annual Hajj, its rights, and, most importantly, to learn to cultivate the same awe of the All-Mighty that the Prophet Abraham [peace be upon him] exhibited. Though the general setup of the room was theater style, with all the men on the right side and all the women on the left, at the very front of the men’s section sat a woman who seemed to not be familiar with the setup and culture of the mosque, along with her husband and two children. No one else occupied any seats in that row. As the lecture was going on, one, then two, and finally three different men came up to the woman and whispered to her, “This is the men’s section, you need to get up and sit with the women.”

Towards the end of the sermon, as the Shaykh began relating points about the ritual slaughter, the man sitting at the front with his family very calmly stood up and slowly began to speak. “Shaykh, today is the first time I am coming to a mosque in 20 years. I have not prayed in twenty years. My wife who is sitting in the front with me is a Christian and it is her first time ever in a mosque. During your lecture, three different men have approached my wife and asked her to move to the women’s side of the room. She does not know a single person here and does not feel comfortable sitting by herself. Hence, we sat in the front row together.”

At this point the woman began to get up, pick up her coat, and ready her children to leave the mosque. The man continued, “I received an e-mail about this lecture and thought it would be a good opportunity for me to begin the path to God, but it seems I was wrong. Please e-mail me again once this community welcomes Christians like my wife to be a part of your community. Good bye.”

As the man and his family began walking out, the Shaykh beckoned to him, “No, you don’t have to leave! That’s fine, you can sit in the front with your family!” Before most of the crowd could figure out what happened, the family had walked out.

The Shaykh stopped lecturing and put his head down for a solid thirty seconds. He finally addressed the crowd in a sad, anger-laced, yet calm voice, “We just witnessed a real ritual slaughter.”

There was peak silence in the room.

He then went on, “We need to come to terms with reality that most Muslims do not have a beard, wear hijab, or attend the mosque. Most do not want to go to the mosque because of incidents like this. Many Muslims who I grew up with became closer to Islam through sources outside the mosque, and those are the lucky ones who found a different outlet. But many, such as my own extended family members will not have anything to do with the mosque because of incidents like this. We must stop forcing our own cultural customs on people and show them what care, respect, and understanding mean. Until and unless we welcome non-religious people with open arms to our Islamic centers and create a positive environment, we cannot expect our mosques to grow.”

Without the Shaykh seeing them, the family which had initially walked out, quietly made their way back into the lecture hall. A few brothers and sisters had profusely apologized for what happened and were able to convince them to return to the lecture. The room was still reverberating with the Shaykh’s words. Finally he spoke, “As of now we are ending this lecture. What we have heard and seen is enough. Assalamu Alaikum.”

The Shaykh started to walk off the podium not long before attendees in the crowd began pleading with him to continue. The Shaykh refused, but finally when he saw the family back in the first row, he resumed the lecture where he left off (may Allah bless him).

This is a true story of an incident that I personally witnessed at a masjid I do not regularly attend in the United States. Though this is just one story, I am sure many of you reading this can relate and may have experienced something to a similar degree in your Muslim communities. Instead of seeing this as another story from which we don’t know how or where to proceed, let us derive a few lessons to begin working on:

1.       Mosques must serve Muslims regardless of their perceived religiosity level. We must be very careful of catering to the minority at the expense of the majority.

2.       Be cognizant of everyone’s individual levels. If a man urinated in the masjid yet was not offended after he was advised, then it behooves us to study the manner in which that advice was given and follow a similar example in correcting people.

3.       The mosque needs to be a hospital for the broken, not a guild for “good people.” Everyone was welcome to the mosque of the Prophet

4.       If you are part of the community leadership, it is your duty to do everything in your ability to make guest speakers and scholars feel respected and appreciated by the community and attendees.

At the very least, I hope this post can spawn a discussion amongst those of you who are experiencing similar difficulties in your communities. Leave a comment, question, etc. at the bottom.

May Allah rectify our situations and let our communities flourish with ease.

5 things Muslims can learn from Christmas