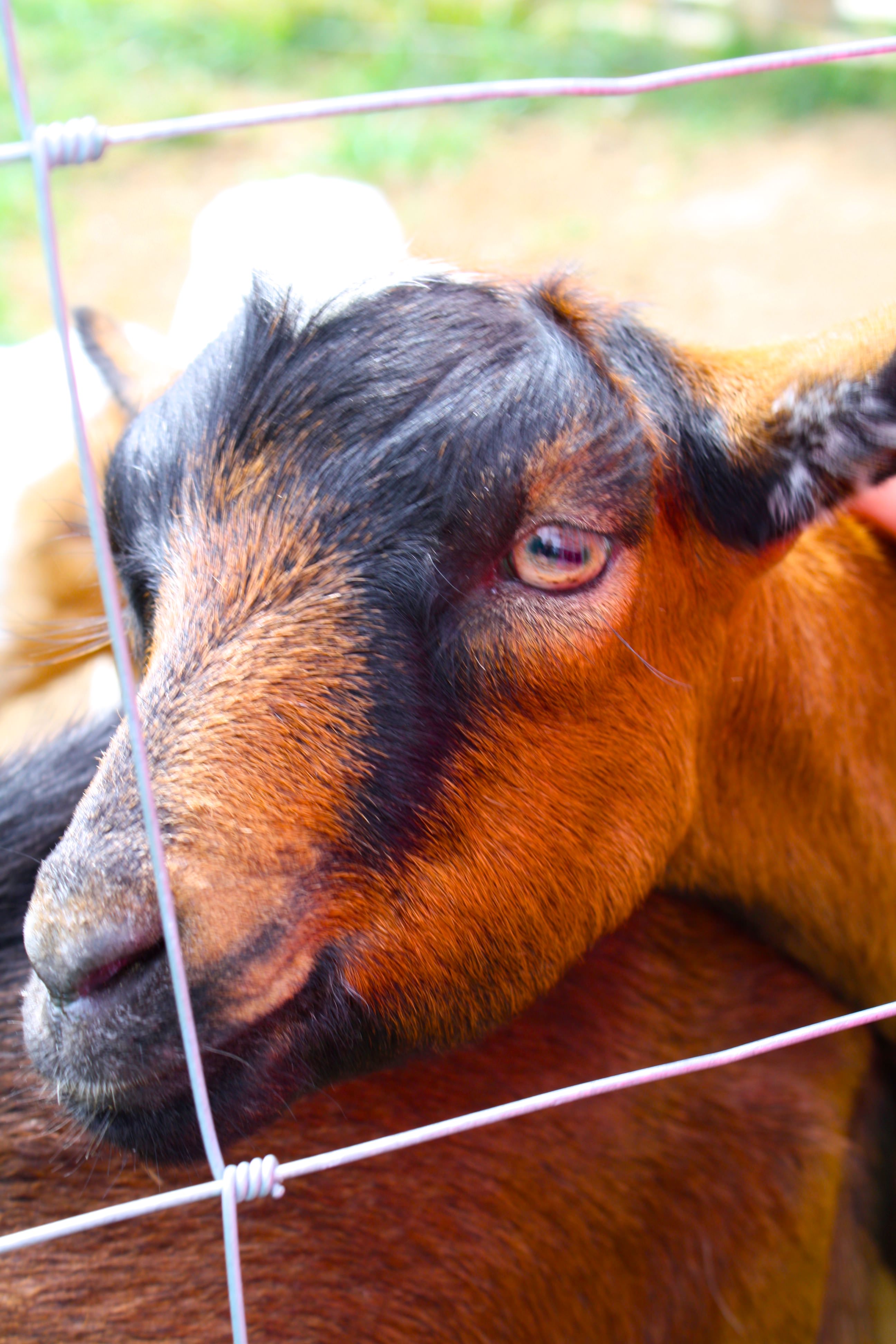 We watched an episode of Anthony Bourdain: No Reservations on ‘Īd day, it was playing in the background at my in-laws’ place, after the presents had been opened and everyone had had their fill of delectables. In this episode, he heads to Mozambique and dines with villagers who slaughter a goat for a feast. They do not eat meat all year. The sacrifice of the goat was a real celebration, it may have been an ‘aqīqah (birth celebration), one that those of us who eat meat every day, who can walk into a butcher shop and order 15 pounds of meat, cannot even fathom.

Everyone witnessed the blood dripping down the body of what was once a living, breathing animal — something of value.

The small bowls of watery gravy, with bits of succulent chevon and cassava, peppered with spices brought over by Arab and Indians sojourners and Portuguese rulers, were served to all who came.

Sixteen years of war has ruined infrastructure so there is no running water or electricity. Life hasn’t changed much for the people of Mozambique in the past hundred years. They raise their goats, feed them, take care of them, clean up after them, graze them and love them. The thankfulness on their faces as they shared with the whole village, and wiped their small, steel bowls of every drop was effusive.

Visions of half-eaten meals on Styrofoam plates, heaped in the trash can at ‘Īd gatherings came to mind and I was ashamed for us, collectively. The smiles on those children’s faces as they tasted meat, perhaps for the first time was such a contrast to our lives, where we constantly have to force our children to finish the food on their plates.

I am getting this feeling that in order to really make a sacrifice, my family who eats meat at least 300 days a year would have to give up at least $3000 for one person to experience the level of their udhiya. We either need to stop eating so much meat or we need to match the qurban with our level of consumption. (Not making any religious rulings, just observing axiology)

I am also feeling a spiritual void, as I spent a very sanitized ‘Īd this year, since we just sent money overseas. The area is new to us so we didn’t venture out to a farm and pick out the animal like we normally do.  I didn’t spend hours cleaning and sorting out the meat into piles on a tarp in my porcelain kitchen floor. In earlier years, this was a trial as I used to get sick just looking at the fresh meat. I didn’t label them with the names of deserving Muslim seniors from our Islamic Center, wishing them ‘Īd Mubarak with a Sharpie. We didn’t get to hand out meat packets to the poor or nor did my husband and his friends deliver them to the needy.

“We reward those who do good. Most surely this was a manifest trial. And We ransomed him with a momentous sacrifice” -Quran

Where was my momentous sacrifice?

I don’t do the bare minimum when it comes to pleasing people so why should I be satisfied with doing the bare minimum for Allah. If someone asks me to get them a dessert you bet it’s not going to be store bought. I am the sort of person who will bake everything from scratch using the freshest organic ingredients that I can find. So why is it that when it comes to the qurban, I am satisfied with sending a share of beef that cost me less overseas. If it is ‘ibādah, where was my khushū‘?

This year one of the local Islamic centers issued an edict. They are still in dire need as their social services department has not reached the levels of donations they were asking for. Their scholars said that helping the poor in our communities is a fard (a must) and udhiya is a sunnah (wājib according to some schools of thought), and congregants should first give so that others in their communities can eat and sleep under a safe roof before they make the annual qurban.

I wanted to ask them why they did not first ask people to give up their luxuries, to not buy the new iPhone, or waste less on movies. I realize it is a local fatwa and they know the needs of their community better than any outsider.

A few years ago after the floods in Pakistan a friend had sent a request to get behind a project that she had envisioned, for people not to do udhiya but to buy a goat and gift it alive to a herder who may have lost all his herd in the floods. I thought to myself why can’t we gift to him anyway, why do I have to give up my ‘ibādah of qurban.

It is submission, Allah ordered us to do udhiyah,  it is an act of total submission. According to ḥadīth related by our mother ‘Ā’ishah

This leads me to another conundrum, sacrifice means to give up something and we are supposed to be celebrating the ‘Īd of Sacrifice.  We do not celebrate birthdays in my home, it’s a personal choice, so I try to make ‘Īd festive and fun for my children: new pajamas, new clothes, ‘Īd parties, decorations, saving all the big gifts for ‘Īd, the whole gamut. For many people ‘Īd is really not that special.  I meet children for whom ‘Īd is just another day, they dress up every weekend in their finest for dinner parties anyways, where they eat similar foods year round, food that was traditionally reserved for feasts such as ‘Īd and weddings. They get gifts and goodie bags from school and at birthday parties every other week. Are we losing the spirit of ‘Īd in our consumption?

This year I strive to find balance. How do you express your happiness and celebrate without reinforcing materialism and commercialism.

We are commemorating Ibrahim

giving up his most prized possession, his son, that he was blessed with after many years of barrenness and yearning for a child to have and hold.

I want to challenge myself and my readers to really make ‘Īd al-Aḍḥa a sacrifice. For the next year when you really want something: a cup of coffee, a new phone, a new purse, a trip, something you really care about, slaughter your nafs and put that money aside. Do it for little wants or big desires and use that money to give the best sacrifice possible. This extra giving would be in addition to udhiya not instead of it, and in addition to normally scheduled or impromptu sadaqah (charity) given throughout the year. 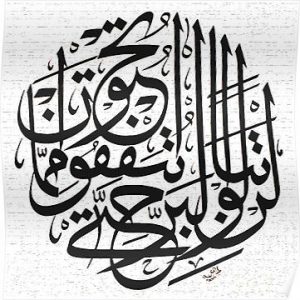 “You will not attain true goodness until you give of what you love.”

Have We Weaned Ourselves from the Dunya?

Ten Things You Didn’t Know About The Kaaba