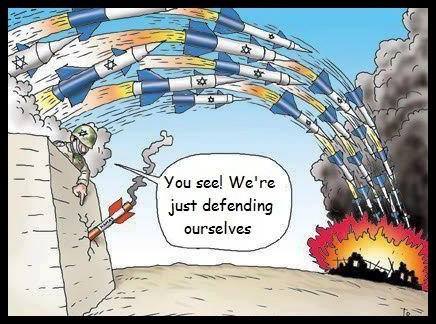 Barack Obama, when commenting about the recent warfare in Gaza, stated that he supports Israel’s right to defend itself from Gazan rocket attacks. He declared, almost chided,“Israel has every right to expect that it does not have missiles fired into its territory.” The Canadian Foreign Minister, John Baird, also sang the same tune and reiterated the identical position.

This has been the standard position of our governments; it is no different than what it was during Israel’s Operation Cast Lead in 2008, which claimed the lives of over 1,400 Palestinians and 13 Israelis. It seems like a reasonable position too; which explains our blind acceptance of it. If someone was launching rockets at our country, would we not fight back? 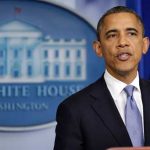 What has been conveniently omitted by our politicians and our media is one crucial piece of information: the Gaza Strip has been subject to a brutal military occupation by Israel for 45 years now. The international community, including US and Canada, recognize this occupation to be illegal. In addition, since 2006, Gaza has been under a severe economic siege which has made the dignified existence of Palestinians impossible.

Although Israel evacuated the Gaza Strip in 2005, it now maintains and controls the occupation from the outside; entering whenever it feels appropriate. On his recent visit to the area, Noam Chomsky described Gaza as the “world’s largest open-air prison.” The idea of the Gazan siege, in the words of Israeli official Dov Weisglass, “is to put the Palestinians on a diet, but not to make them die of hunger.”

Israel strictly controls air, land and sea access to Gaza. It has defined ‘buffer zones’ along Gaza’s agriculturally rich border where Palestinians are prohibited to enter; they are shot at if they try to walk on their own land. Fishermen too are fired at by mighty Israeli ships if they dare go 3 miles pass the shoreline. Israel strictly controls all imports into Gaza and exports are almost non-existent. Construction projects to rebuild vital infrastructure can’t be carried out, forcing the UN to declare the Strip ‘unlivable’ by 2020. Drones and F-16s whiz through the sky so often that their constant thundering has become background noise.

Israel regularly conducts military operations inside Gaza; frequently targeting civilians. Western media started reporting about Operation Pillar of Cloud as a response to Hamas’ rocket fire on November 14; as if the occupation forces had been patiently standing by the border since January 2009. What is unknown to us is the recent escalation started on November 5th when a Palestinian man was killed for simply being in the ‘buffer zone’. Then again, on November 8th, a 13-year old boy was killed while playing soccer by machine gunfire. Each death resulted in retaliation from Palestinian fighters and loss of more Palestinians lives; finally leading up the November 14th episode.

Subject to never ending humiliation, degradation and impoverishment, some Gazans end up joining Hamas’ military ranks or groups like Islamic Jihad. This small percentage of the population is driven to desperation and decides to resist the occupation violently.

Even though Hamas was elected by Gazans in 2006 to administer their internal affairs, it has been shunned as a terrorist organization. Hamas’ terrorism is akin to the terrorism of Nelson Mandela’s African National Congress (ANC), which employed violence to resist the Western-backed South African apartheid regime. Mandela and the ANC were also officially declared to be notorious terrorists at the time. When Hamas directly targets Israeli citizens; it is no doubt condemnable. However, this needs to be met by equal condemnation of Israel for attacking civilians; something our governments refuse to do. 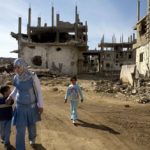 Gilad Sharon, son of former PM Sharon, bluntly describes the pretext under which the military operation and siege on Gaza is justified in Israeli circles: “The residents of Gaza are not innocent, they elected Hamas. The Gazans aren’t hostages; they chose this freely, and must live with the consequences”.  Even if one were to assume Hamas’ militant activities serve no purpose but to provoke Israel, is it still justified to collectively punish 1.6 million Gazans for voting the ‘wrong way’?

Instead of shelling Gaza, Israel can employ peaceful means to end the rocket fire into its own territory. Hamas’ leader, Khaled Meshal, describes it quite simply,“If occupation ends, resistance ends. If Israel stops firing, we stop firing.” While Hamas has accepted a two-state solution, the Israeli leadership under Netanyahu has demonstrated no interest in pursuing it; jeopardizing any attempt for it to be executed and pinning the blame on the opposing party. However, if Hamas really was the problem, why then was no deal reached before 2006, when they weren’t even a part of the equation?

Although a cease-fire has been brokered, it is likely to be broken again. Talk of Israel ‘defending itself’ will resume in the next round of escalation. And when that happens, I want you to consider this: Is it really possible for a regime guilty of occupation to be defending itself from those it oppresses? To Obama and governments that unequivocally support Israel: Don’t the Palestinians have every right to not be occupied by Israel? Do they not have the right to defend themselves against an illegal occupation and an unjust siege?

Who Started The Latest Round of Escalation: Gaza Palestinians or Israel? A Timeline.