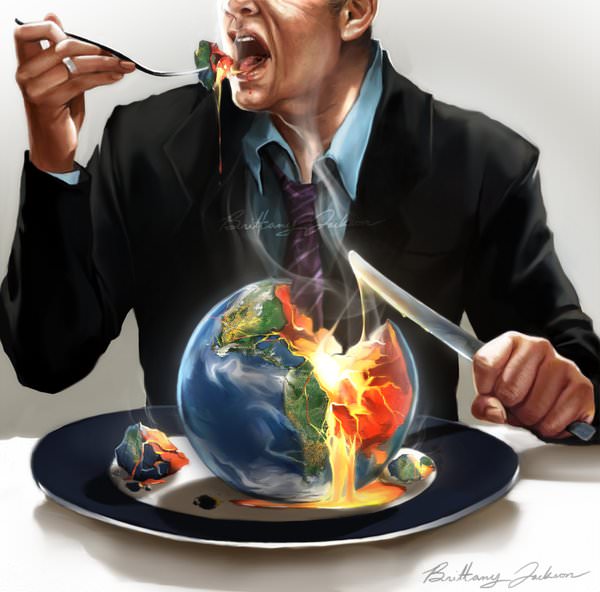 The idea of weaning the soul away from the world, even as a child is weaned off the breast, is a cornerstone of Islam’s teachings. Most men’s hearts, though, are engrossed in this world; are captive to its vanities; and harbour intense love for its appetities. Beautified for mankind is the love of desires – for women, children, hoarded heaps of gold and silver, branded horses, cattle and plantations. Such are the comforts of the life of this world; but with God is the more excellent abode. [3:14]

How may we know if our souls have been weaned off the world or not? We only have to ask ourselves: ‘What do I really desire?’, ‘What do I most hunger for?’ For no matter what you offer it, or put into its hand, the unweaned child cries for the breast! Nothing can quiet it until it is laid to the breast. Thus, what is it that stills our mind or quenches our desire? If it is worldly pleasures and comforts, fame or status, or the constant urge to take a comfort trip to the local shopping mall, then our souls have yet to be weaned away from worldliness. Al-Busiri, the poet, reminds us: wa’l-nafsu ka’l-tifli in tuhmilhu shabba ‘ala hubbi’l-rada‘i wa in taftimhu yanfatimi – ‘The ego is like a child; ignore it and it will grow still suckling. But if you wean it, it will soon lose its desire for the breast.’

The things of the world are beautified for mankind since they can and must be used to live in this world. Yet they are only a means to an end; they can never be made an end in themselves. Man must never lose sight of his final destination or his ultimate goal: ‘But seek the abode of the Hereafter in that which God has given you, and do not forget your portion of the world; and be kind, even as God has been kind to you.’ [28:77] Weaning isn’t, therefore, to be without the world. It is possible to have things of the world and yet be weaned from the world. Ibn Taymiyyah was once asked as to the proper relationship the believer should have with wealth and other material goods. He offered this timely piece of advice: ‘We must view wealth much as we do the toilet, in that we resort to it whenever needed, but it has no place in our hearts.’1

Of course, weaning is something of a gradual process. If a suckling child is weaned off the breast too suddenly, without a suitable substitute, it can cause great distress; haste can seriously harm. Likewise, weaning ourselves from the world (dunya) must be done by degrees. In respect to the degrees of worldly detachment, or zuhd, Imam Ahmad b. Hanbal said:

I’ll conclude with what Shaykh Jalil Ahmad Akhoon, a contemporary shaykh of sulukor spiritual wayfaring, said about detachment by degrees:

As one begins to fill their hearts with love of God and His remembrance, love of dunyais gradually driven away. Imagine it to be a plane journey, he said. If, while the plane is still on the tarmac, one peers out of the cabin window, other airplanes and the airport buildings look large and imposing. But when the plane takes off and gradually climbs upwards, those very same objects appear to look smaller and smaller; until they seem insignificant and just disappear. Likewise, as we make a serious effort to fill our heart with love of God, and as the heart soars higher and higher in its journey to Him, dunya becomes tinier and tinier in its estimation, until it dwindles or disappears. And God is the Granter of grace.