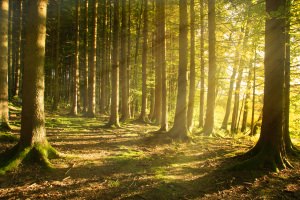 Asma was always one to focus on what was missing: the sun on a cloudy day, the tiny smudge on her otherwise beautiful painting, the single wrong answer on a test. She feared imperfection like it was a debilitating disease.

Five families were coming over for dinner. It was an evening she had planned meticulously for two weeks. She had worked hard on the menu, her task list was carefully drawn up and its execution seemed to be going well that morning.

“I’m not going to get flustered today,” she told herself, as she got ready to cook.

By afternoon, though, she was way behind schedule. Panicked, she had ruined not just some of the main dishes but also her mood. She had almost snapped at her husband, Khalid, even though he was only trying to help her with the biryani and had spoken sternly to her 5-year-old who had bounded into the kitchen demanding a snack.

She couldn’t remember the last time she had managed to stay calm during preparations for a dinner party at home. Somehow, no matter what she did, the end result was always the same: she was frustrated and annoyed with herself. This evening was not turning out to be any different, she sighed.

She glanced at the clock on the oven: it read 2.15. Asma suddenly remembered she had not prayed Dhuhr salah. The children were awfully quiet, she thought, as she headed to the bathroom to do wudu.

The children’s bedroom door was closed: unusual, she thought. She quietly turned the door knob and peeked in; Khalid had managed to put 2-year-old Aisha to sleep already and was pacing up and down with 10-month-old Mariam who was just nodding off to sleep too. She caught his eye as he turned to pace back across the room and flashed a grateful smile at him.

“Jazak Allah khair,” she whispered, and indicated to him that she was going to pray.

She found herself somewhat calmer during and after Dhuhr salah but the feeling didn’t last long.

This was the first dinner party she had hosted since her second child was born and she was doing this as much to prove her worth to herself as to others. She wanted things to be perfect. She had prayed that everything would go well and that she would stay calm the rest of the evening but that just didn’t seem to be happening.

“It will be okay, Asma. I’m sure the dinner will be great!” Khalid had said.

Easy for him to say, Asma thought, but decided to keep quiet.

She just wanted the guests to arrive and the dinner over with. It had already been a very long day and she had only succeeded in proving to herself that she was an average cook and an average organizer. She could not do anything right. She was just not good enough.

Dinner wasn’t half bad though, in retrospect. In fact, more than a few of the guests had complimented her on her cooking.

But their compliments didn’t appease her. She knew the dinner she had cooked was far from perfect, nowhere near what she knew she was capable of.

That night, she sat up late on the living room sofa, completely spent. The dinner was over and, in its wake, had left a mountain of dirty dishes and troubling thoughts.

She felt that, at that moment, she could deal with neither.

But the thoughts crept into her consciousness like intruders, uninvited, unwelcome.

They forced her to ponder on something more than just her own inadequacy. For once.

They forced her to ask herself why seeking perfection and pleasing people was so much of a priority. No, not priority, she thought. An obsession. Almost. Had she not prayed to Allah asking Him to make her dinner a success?

She hadn’t heard Khalid come into the room and his voice startled her, scattering her thoughts.

“Why so down?” he said, noticing her half-hearted attempt at a smile.

“You’re probably just tired. Get some sleep and you will be better in the morning, inshaAllah.”

“No, no, it’s not that. I feel like I just made all this effort all day for nothing!”

“Why? Why would you feel it was all for nothing? We invited people to our house, we talked about things other than what we talk about every day, had a nice meal. It’s always good to have people over. What’s there to make it seem like a waste?”

Khalid’s tone was gentle, almost consoling. If anyone could help her make sense of her feelings, it would be him, she knew.

He had made it sound like a meaningful evening. Yet the day’s events had not resonated as meaningfully with her as they had with him.

She looked at him as though scanning his face for a clue to the puzzle. He wore a serious expression as though he understood that this matter was important on several levels.

And somehow that expression, those words, his description of the evening all came together in her mind, like a key turning in a lock.

Suddenly, she knew. The meaning each of them had seemed to derive from the evening had much to do with the hopes and expectations they each had. HIS motives were simply to enjoy good company and feel a sense of brotherhood. Asma knew her own motives were nowhere near as simple, pure or lofty. Whatever she had aimed to gain from the dinner was for herself alone. She hadn’t thought of anyone else.

She remembered with great disappointment how she had scolded Aisha for making a mess on the carpet and how her son’s refusal to say salaam to the guests had made her feel embarrassed. She knew he was shy but instead of encouraging him kindly, she had only thought of what her friends would think of her and her son.

It was as though things, people, and events only had meaning when she stood to gain from them. But in the midst of her selfishness was also a sense of inferiority which she constantly tried to shake.

Hence the obsession with perfection, the effort to please people rather than God.

If she was focusing on pleasing God, her prayer would have been different. She would have prayed that He accept her efforts instead of praying for a perfect dinner.

She realized then why her children were like trophies to her. Why, when they misbehaved in public, she felt embarrassed, wondering what people were thinking of her, as a person, as a mother. She realized that she viewed their behavior not in terms of how it affected THEIR akhirah (Hereafter) but HER dunya (life).

And that is why she focused on what was missing, not on what she had been blessed with.

It was a painful realization but she was suddenly grateful for it. If Allah had let her diagnose her problem in this life, then she was being given a chance to rectify it.

“Alhamdulillah,” she said, and found Khalid smiling at her.

“What was it that you just figured out?” he asked, curious.

“That I don’t thank Allah enough for what I have,” she said simply.

After all, that was the underlying problem. If she fixed her perspective, her focus would shift from what she did not have to what she DID have. And when she concentrated on what she had, she could focus on where it all came from. She would be able to look beyond herself.

Gratitude was the antidote to her relentless pursuit of perfection, she felt. Which reminded her, it was time to pray isha. Perhaps today she would feel some khushoo (sincere humility) in her salah (prayer) again. InshaAllah.