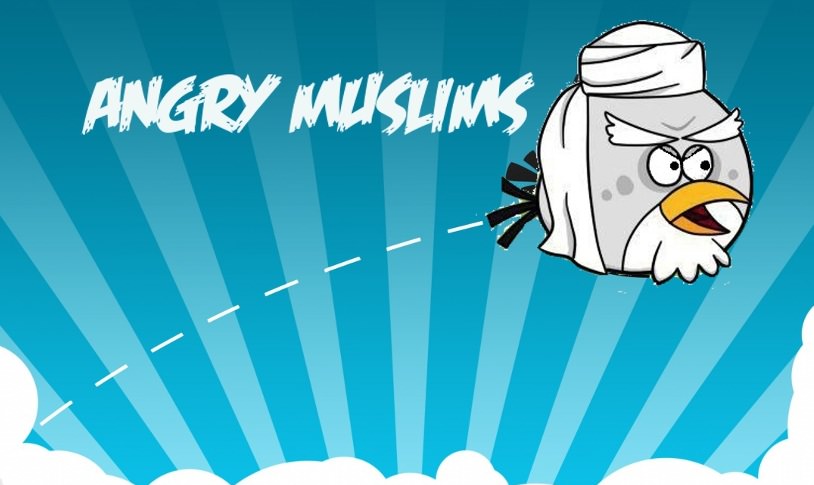 Ladies and Gentlemen, please allow me to introduce to you the latest twist in one of the most popular game apps in the world- Angry Muslims! A riveting game of royally-infuriated Muslim birds who delve into indiscriminate fits of rage and blindly launch themselves into any nearby structure causing massive destruction to both themselves and their surroundings for the sole purpose of killing a pig-like caricature of an enemy that just sits there and does nothing but snort stupidly from time to time.

Sound like a wonderfully fun game? You betcha! For those downloading and playing it right now, it’s laughably comical to see just how far these Angry Birds are willing to go just to annihilate an enemy that no one else pays attention to or even cares about.

Did you even know that green evil snorting pigs existed in the first place? Probably not, until these lovably incensed Muslim Birds came out of nowhere and made the entire world realize just how ridiculously ludicrous their ignited anger seemed in the big picture. 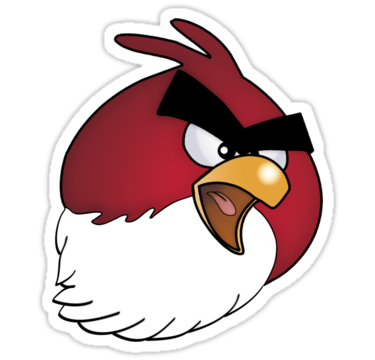 Like any other popular app, after a few years or so, a new version of the Angry Muslims game gets released, and boy, their anger just seems to get bigger and bigger with every version! The game introduces new crazy Birds from different countries in each updated version, and the game-play just gets more and more indulging as people find that it really is amusing to pick on these easily-offended Birds out of a morbid curiosity to see what new threshold of anger they can achieve!

Shame about the pig enemies, though- they never really seem to change at all. They just sit there each time, doing nothing but making dumb snorts, and just waiting for the Birds to destroy the buildings around them, and then disappear into a puff of smoke. 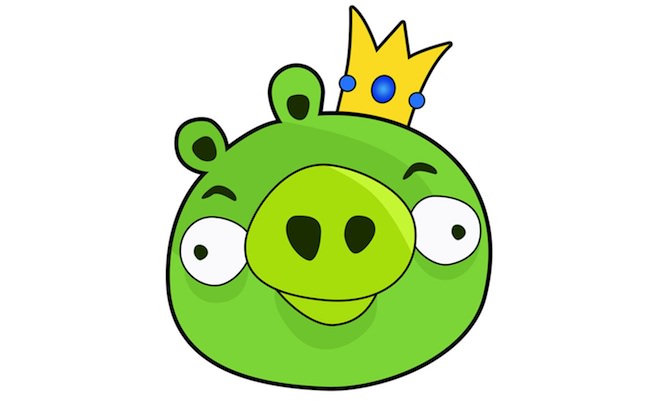 Ah man, you can’t go anywhere in the world without people talking about these Birds and their anger! After the release of this latest version, it feels like the Birds have really secured themselves as being the most infamously infuriated out of all the other gaming app characters available on the market. That’s quite a feat, and I’ll bet you that reputation sticks with them for decades to come!

What a game, huh? Feels almost like a metaphor for something.

To be honest- it isn’t easy satirizing this issue because the dark jokes strike deep at a profoundly sad reality that we’re now facing- that we as Muslims have done far greater damage to the name, reputation, and teachings of our Beloved Prophet

than any inflammatory video, cartoon, depiction, or insult ever possibly hope to. 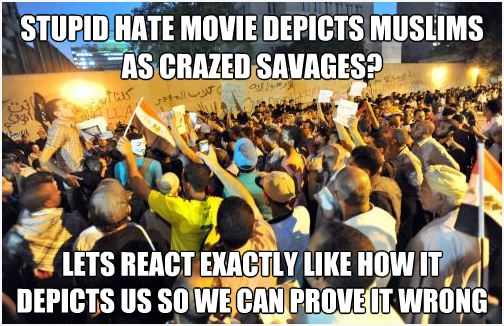 We were taught better than this. We were given a tremendous gift of beautiful patience, enduring fortitude, poetic eloquence, iron-clad honor, and unwavering dignity in the very legacy of the man who we model our lives after. And despite our effort of defending the reputation of this noble man of the highest caliber of character, we blatantly ignored one of his most powerful teachings:

relates that a man said to the Prophet

: “Counsel me.” The Prophet

said: “Do not get angry.” The man repeated his request many times, but the Prophet

kept saying: “Do not get angry.” [Sahîh al-Bukhari ]

How could an utterly worthless amateur video made by a cowardly hate-monger possibly cause even the slightest bit of concern to an honorable man who had patiently endured every manner of insult, abuse, and degradation spat at him, garbage and animal intestines dropped on him,  thorns spread along his path, stones hurled at his face, death threats made against him, food and nourishment denied to him, and who was exiled from his own home? Despite suffering against such unimaginable depths of hatred and aggression, when did our Beloved Prophet

ever react with wanton violence and destruction?

We’re given a faith and a shining example of character as the foundation of our belief structure. When provocative green pigs perch themselves on top of those foundations, keep in mind that nothing they do can possibly topple it- the biggest danger is when we launch ourselves in misdirected anger and destroy the very foundation we were trying to protect in the first place.

It’s a sad game that we don’t have to repeatedly play anymore.

My Take: It’s time for Islamophobic Evangelicals to Choose