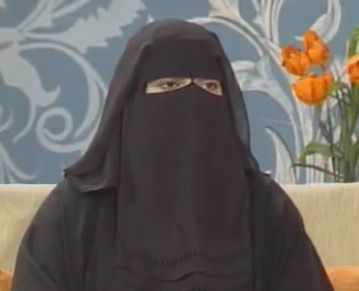 Sara Chaudhry was a household name in the Pakistani show business industry until her sudden departure from her acting career. The reason she gave up her career as a television actress and model was her repentance as a result of reverting to her faith, Islam, similar to the decision recently taken by Pakistani ex-musician Shiraz Uppal.

Here she gives an exclusive interview to MuslimMatters:

[Sadaf Farooqi]:  Can you please tell us how and when you joined the Pakistani show business industry? 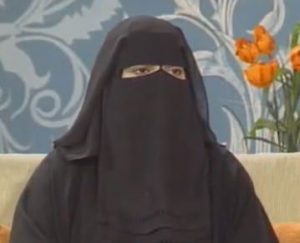 [Sara Chaudhry]:  I joined it in 2001. When I was 14 years old, my father’s friend offered me an opportunity. I accepted because I always liked showbiz and I also wanted to financially help my parents; I wanted to be the son they never had.

[Sadaf]:  How did you feel working in this industry especially after you became successful and famous?

[Sara]:  It was not bad as all. I kept busy with my work. My jobs didn’t require many social appearances—just some awards functions. I always treated it as a job, except that I worked long hours. I got to know some good people, some of them are still in touch and good friends. There were both good and bad times. It was quite tiring compared to any other good job. I had to work in various conditions, sometimes in the summers without electricity, air conditioning, sweating from head to toe. There were days when I worked through the nights, sometimes working continuously for 3 days without sleeping or just few hours sleep. And, of course, there was a healthy dose of backbiting, gossiping, and lying.  It did have some perks, being famous did help at times, but mostly it was difficult.  I had virtually no personal life; I wasn’t able to go out with family freely and missed family functions. As a result it affected my relationship with my relatives. I lost touch with some relatives as well as good friends too because of my inability to spend time with the people I cared about.

[Sadaf]:  Young girls usually admire and look up to glamorously portrayed women in the media. Is the life of glitz and glamour really what it appears to be?

[Sara]:  Not really, you might have noticed that many film and drama makers have made films and dramas whose themes are based girls who chased fame, and most often, these characters end up involved in things like drugs, or commit suicide or murder; they end up in really dark, depressing places. Granted, fame does give you money, and a little bit of happiness and enjoyment, but at the same time there is a negative side to the business that should not be overlooked. Many people involved in this profession struggle with all kinds of pain, both mental and physical such as, migraines, backaches, insomnia, and depression to name a few. To top it all off, your life is not private anymore; even if you sneeze it’s in the newspaper!

[Sadaf]:  What was the first step in your journey of relinquishing showbiz?

[Sara]:  I come from an average practicing Muslim family. Our deen (way of life) was limited to praying five times a day, hosting mehfil-e-milaad’s (celebrations held during the month of Rabī‘ al-Awwal to praise Prophet Muhammad

, and giving charity. Despite that, I always felt something was lacking, and finally I began searching for answers in the seerah of Nabi

. I reflected on the ways in which Ummuhat ul mu’mineen (the wives of the Prophet

are known as the ‘mothers of the believers’) lived and conducted themselves, and I felt that I stood nowhere near them. That’s how and when the change started, and I decided to end my career. It wasn’t easy; many people called me a hypocrite and, they claimed that I would soon come back to “normal.” No one but Allah gave me istiqamah (steadfastness). Alhamdulillah, it was Allah who helped me in every way.

[Sadaf]:  Did you face opposition from family for your decision to leave the industry and start hijab?

[Sara]:  Yes, a little bit. My family is religious, but unfortunately they are not practicing Muslims in that sense that they don’t read the Qur’an with tarjuma (translation) and tafsīr (interpretation) in order to understand what is written and commanded. In short, many of us (Muslims by birth) are only recognizable as Muslims from our names; our clothes, lifestyles, and actions suggest something else entirely. Only a few people actually practice Islam, and even they face criticism in their own country than Muslims do in the West.

[Sadaf]:  How did you face and react to this opposition?

[Sara]:  I just kept praying to Allah, and alhamdulillah He gave me the strength and determination to remain firm in my decision.

[Sadaf]:  Many people presume that the life of a veiled Muslim woman is restricted and dull. How do you feel about this? Please briefly compare your feelings about your life as a celebrity and your life now, behind the veil.

[Sara]:  Really, is that so? I was not aware of that. Now that it has been brought to my attention, I might start noticing if that is really the case. Currently, I am studying  and running a business with my husband’s help, I am surrounded by family and friends. Alhamdulillah, I feel so secure and respected—no longer a showpiece. And people don’t soothe their eyes on me; I am the coolness to my husband’s eyes only, alhamdulillah. As for comparing them both, I was happy before, but there was always something missing. There was always a sad part in life, my worries for the world which were never-ending; some new issue daily. I used to get irritated a bit at times that men were looking at me as if I was a piece of meat. Now, alhamdulillah, I feel peace, the only thing I am worried about is my akhirah. My goal is Jannah, insha’Allah.  I always used to worry about something going wrong; how we would deal with a difficult situation, but now alhamdulillah, I recognize that Allah is Al-Razzāq, The Provider. I’m no longer concerned with how much money I have, I am no longer afraid to face tomorrow.

[Sadaf]:  Please comment on the role your husband has played in your journey towards Islam, and give us your opinion about what makes a Muslim husband-wife bond more strong and supportive. What, in your opinion, should a husband and wife do or not do that can help them remain close, and become pillars of support for each other in deen?

[Sara]:  My husband has been a blessing for me, and I have been the same for him. Allah made us a source of hidayah for each other.

My husband has stood strong by me, supported me when many people turned against me. We spend a year by ourselves in order to relax . He motivated me to study and become a source of inspiration for others. Alhamdulillah, he has always encouraged me to be active in something (within the limits of Islam) rather than being idle. He would always encourage me to try different things. He reassured me, telling me that I am talented. He told me that he did not want me to waste my abilities. He never held me back. Even though my first duty is to Allah, and then him and our future kids, insha’Allah (whenever Allah wills), my husband motivated me to pursue my own goals and interests.

Our ideal is Prophet Muhammad’s

married life. He is the best example.  First and foremost, we respect one another. We also try to fulfill our obligations to each other as husband and wife while recognizing our rights. Along with being spouses, we are friends too alhamdulillah.

A wife should be sensible; she should have knowledge of the world as well as buisness literacy. For examples, my husband he shares his work with me and even asks me for suggestions. Like any couple, we play games, we fight too, but we always make up. A husband and wife should be a complete package for the one another. They should know how to change their roles when needed.  They should be partners and friends, and whatever else may be required for each other. They should be true to each other; the more true and faithful you are to your better half the more peaceful your life will be insha’Allah.

We are extremely grateful to Sara for granting us this opportunity to publish her story here on MuslimMatters, and hope that it will be a source of inspiration in the future for countless people in the global blogosphere, inshā’Allāh.

For those of our readers who can understand Urdu and Hindi, we’d like to share the speech Sara gave at SIST in 2012, talking about her journey towards Allah after her marriage:

And here is her recent interview (again, in Urdu, sorry to our English readers) that was aired on a morning show of a Pakistani TV channel earlier during Ramadan this year:

We ask Allah to grant Sara Chaudhry steadfastness upon the right path.

We ask Allah to bless her marriage and grant both she and her husband undying love that is pure and for the sake of Allah alone, especially since it was this blessed marital union that hallmarked and facilitated her transformation, and gave her the push that caused her progression upon the path towards Allah. We ask Allah to henceforth make Sara’s persona and identity a source of inspiration for the entire Muslim ummah, Ameen.

Who’s up for a Game of Angry Muslims?