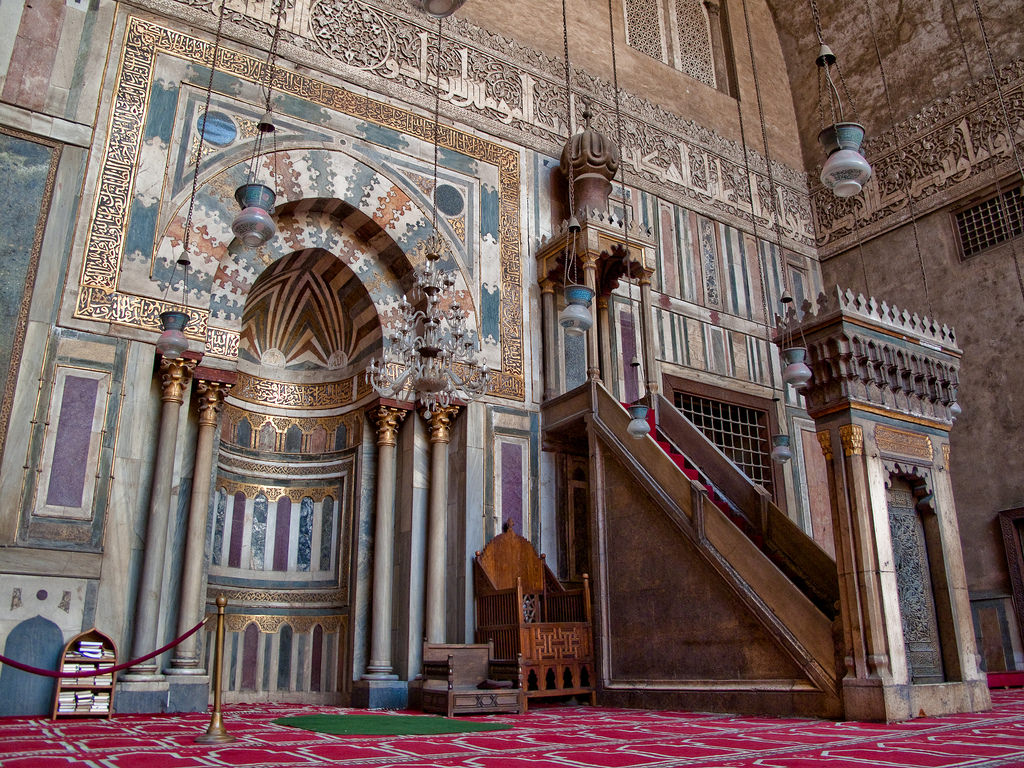 Friday has become a pain point for many in our community. There are many complaints about the khutbah quality, delivery, and message. The minbar is the station of the Prophet

and there is a huge amanah in regards to what is communicated from that platform. By the same token, for many in the community it is the only time in the course of a week that they may attend the masjid or hear some type of Islamic talk. It’s the one time that people are forced to sit and quietly listen. It’s the one time that many can’t even tune out something they don’t want to hear by playing with their phones.

This is precisely why people are so passionate about Friday khutbahs. They take it personally when they feel their time has been wasted, and they happily spread the word when they hear a good khutbah or a good khateeb.

To address this issue, Qalam Institute has started an annual Khateeb Training Workshop. This year is the 3rd year it will be taking place, as well as the inaugural year of a Sister’s Public Speaking Workshop. Students who have come for khateeb training in previous workshops include people who have never given khutbah before all the way to well-tenured full time imams.

One of the most important components of these workshop are setting expectations accordingly. What do you want to hear when you come on Friday? What kinds of things are you hoping to get out of Jumu’ah? What types of things irk you? What kinds of topics do you feel should be discussed or not discussed?

Our goal is to get this survey to as many people as possible by the end of this month. Your feedback is critical to train a new batch of khateebs. If you’ve ever wished you could pass on some comments without it offending anyone and having some kind of positive impact, this is it.

Please fill out this short 5 question survey and encourage your friends to as well. Once the survey is closed, we will be collating the results and sharing them in a follow up post here on MuslimMatters that will give us a peek inside the true state of our Jumu’ah khutbah.

If you can’t view the survey embedded below, please click here to take the survey.

Jabir informs, “When the Prophet delivered the khutbah, his eyes became red, his voice rose, and his anger increased as if giving a warning to the enemy.” … it should be an organized speech that the people can understand. It should not be a speech, which is over the heads of the people, nor should it be shallow or contain foul language as that would defeat its purpose. Its words should be chosen carefully to make them attractive and meaningful.”

Giving his views on the subject, Ibn al-Qayyim says, “The khutbah of the Prophet reinforced the fundamental articles of faith, like belief in Allah, the Exalted, His angels, His books, His messengers, and the meeting with Him. He would mention the paradise and the hellfire and what Allah, the Exalted, has promised to His devoted servants and the people who obey Him and what Allah has promised to His enemies and the miscreant. While listening to his khutbah, the hearts would be filled with belief in Allah, His oneness, and His majesty. His khutbahs were not like speeches of those who speak only of matters of concern of common folk, lamenting earthly life and frightening people of the approaching death. Such speeches cannot inspire faith in Allah or strengthen beliefin His oneness or move people by allusion to His mighty works in history, nor can they kindle in hearts intense love for Allah, making the listeners look forward eagerly to the time they will meet Him! The people who hear such speeches gain no benefit at all, except that they will die and that their wealth will be distributed and their bodies will be turned to dust. Woe to such poets, what sort of faith is fostered by such sermons, and what sort of tawhid do they teach or knowledge disseminate? If we study the khutbahs of the Prophet sallallahu alehi wasallam and his companions, we find them embued with perspicuous guidance, tawhid, attributes of Allah, explaining the basic articles of the faith, inviting people to Allah, and drawing their attention to His providential care that makes Him so beloved to His slaves. His khutbahs referred to Allah’s dealings with others in the past so as to wam his listeners against His wrath and exhort them to remember Him, thank Him and win His pleasure and love. Those who heard these khutbahs were inspired with the love of Allah and they looked forward eagerly to meeting their Lord. As time went by, the example of the Prophet was forgotten and other things prevailed. The main purpose of the khutbah was forgotten. The eloquent and nice words that moved the hearts became rare in speeches. The main thrust of the khutbah was neglected. The hearts were no longer touched and the basic purpose of the khutbah was lost.”

MM Treasures: Amid the Tents of Mina, the Dua of a Mother

Action Alert: Tweet for Peace | “Promote Your Belief for Peace”