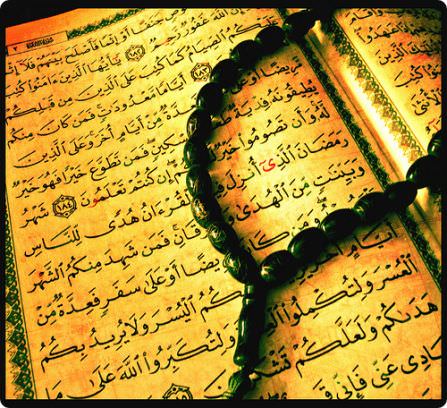 I recently listened to a spoken word poem that I’d like to share with all of you, along with my reflection on it:

I woke up in a sweat, slightly dizzy, short of breathe,
all the while trying to figure whether I was close to death,
heart was beatin’ hard, saw it poundin’ through my chest,
& still I couldn’t move, as though my body was possessed,

naturally… I panicked, so would anyone of you,
& tried to calm myself until a shadow comes to view,
I convinced myself my family bought a dog while i was sleeping,
despite that fact it went against everything that they believed in,

then a human outline’s made out only adding to the tension,
as circumstances of our meeting, makes you question ones intentions,
settling right before me at my feet as I lay frozen,
then motions for my covers, slips them off, his silence broken,

“sit up my dear friend, it is I who’s never left you,
who’s worked hard towards your pleasure & never once tried to correct you,
I’ve been with you since birth, & have received you at your worst,
this little gap between your lord & you? a highlight of my work

“what’s wrong dear friend?” he asks me as he sees my face turn cold,
at realizin’ all I’ve done was me doin’ as told,
“actually that’s not true,” he interrupts me in my thoughts,
“see I threw mere suggestions, while you played all your own parts”

this stranger’s words disturb me almost though he knew me thoroughly,
trying to figure out just what he was all signs point other worldly,
his words held hints of truth mixed with lies I couldn’t see through,
then whispers in my ear, “understand me I comPLETE you”

when all those that you love would see you SLAVE to learn this deen,
just so they can show you off in hopes to raise their self-esteem,
see they care about themselves, I say its time you followed suit,
cause in the end all you’ll have added to your name is hollow truth,

now DON’T give me that look, we both in this together,
& DON’T think of that book, the one that’s said to make men better,
cause no verse in all its pages can turn sinners into sages,
overnight at least, besides if anything we’ll BOTH see cages,

oh you seem confused, did you think that you’d be spared?,
when your hands are just as dirty? did you think that would be fair?
“boy listen,” he continued lookin’ calm & cold as ever,
“the ties from slaves to their lord were neVER to be severed,

but some would choose to squander all the mercy they received,
& find themselves no better than the ones who disbelieved,
so stop acting remorseful, you don’t wanna be forgiven,
you don’t want that straight & narrow path, you LOVE this crooked livin”

as his points went unanswered it would seem I’d found assistance,
when his assault was cut short by the adhaan, sounding in the distance,
his face turned pale in panic as his body shook with fear,
while I looked to the horizon & saw horsemen drawing near,

“that dreaded month’s returned,” he whispered as sweat dripped from his face,
& you’ll forget all that you’ve learned, as I am chained up to THAT place,
but before I’m forced to run I beg you one thing to consider,
that this so called month of mercy’s more a bear trap for a sinner,

& if by its end I return to find you not “astray”,
I promise I won’t rest until I have you back my way”,
I look back towards the horsemen who’ve come so near i see their banner,
raised high above them, reading “Allāh the best of planners”,

the strangers long since vanished leaving his frightful words behind,
that have resonated with me & echo all throughout my mind,
can I REALLY be forgiven? is repentance still an option?
my hopes of such been crushed before & shot down more than often,

& just when my faith in myself had seemed so quick to fade,
a loud & firm voice calls to me seconds from being too late
the riders eased their paces as they now trot slowly towards me,
when their leader dismounts from his stead & smiles at me, cordially,

his face shines like the moon, with his clothes that’re just as bright,
his eyes are deep & piercing & his hair as dark as night,
the beard down to his chest, was like his Superman “S”,
they must work for someone big was all this foolish man guessed,

the lead rider extended out to me his massive hand,
then pulled me to my feet, i found relief that i could stand
after everything I’ve been through, best beLIEVE I ain’t trust strangers,
but as his hand rest on my shoulder I could sense no risk of danger,

these were men of deen & virtues I could only dream to know,
who reply to their lords call in haste where I would seem too slow,
weak, shaken, scared, I ask the rider “what becomes of me?”,
he answered, “By HIS grace you’ll find yourself in better company”.

When Ramaḍān rolls in, I like to imagine that this translucent safety bubble engulfs the universe and that the whole universe experiences a shift or a little shock wave. (Slightly reminiscent of Harry Potter 7 when they put up the defense shield around Hogwarts during the battle.)  And similarly, when Ramaḍān ends, the same shock wave ripples through the universe as the bubble pops and implodes upon itself, letting the shayāṭīn out once again.  This visual really helps me as I try to grasp the significance of the presence, or lack thereof, of the shayāṭīn in this month and outside of it.

This, of course, is a scary thought.  We always make excuses about the sins we make and the bad that we do, “oh, it was just the Shayṭān! It really wasn’t me, I gave into his whispers!  But Ramaḍān is the one time of the year when we can really determine what is from our own selves and what is from the Shayṭān and how far we have given into corruption.  It’s a time of the year I dread in some way, because it’s a time when the darknesses of my own soul are most apparent to me.  However, this is something that we must experience in order for us to purify ourselves and it’s merely a part of the process.  Ramaḍān is a blessing not only because the shayāṭīn can’t influence us, but also because we get to know the truth that lies deep within our own selves.  It reminds me of this one quote that I love, “Character, like a photograph, develops in darkness.”

That “little gap” that is between us and Allāh, we get to work on that without Shayṭān being in the way.  We put in 30 days of hard work to improve our conditions and alḥamdulillāh, there’s always progress to be seen by the end of the month.  We know that the shayāṭīn like to go for the hard catches, the ones that prove to be a challenge.  So when the month ends and they “find [us] not astray,” or less than we were before, we know for a fact that they “will not rest” to turn us back from all the progress we’ve made until they have us “back [their] way,” if not in the same problems, with a development of new ones.

In Ramaḍān Prep this year, something that Ustadh Hassan Elwan said, and has said in the past before, is that Shayṭān is enraged by the time Ramaḍān is over.  He’s ready to get back to business and is even more excited to bring down the believers.  It’s important for us to not exhaust ourselves in the last 10 nights of Ramaḍān to the point that we are too tired to keep our guard up on ‘Īd and the days soon afterward.  These are the days we’re the most vulnerable in and need to keep most vigilant.

I pray that Allāh will allow this month to show us who we really are so that we can purify and improve ourselves.  I ask Him that He helps us to keep up our progress after the month is over and that when Shayṭān comes back we are stronger than ever and we prove ourselves to be impenetrable to his attack.