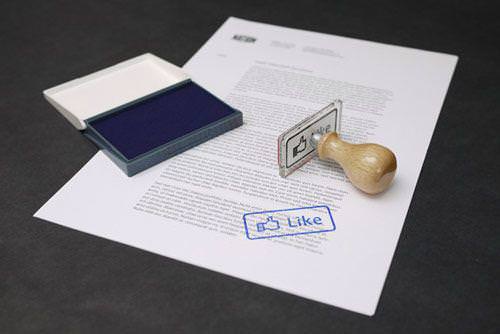 She started out Ramadan with high hopes, for a new beginning, more enthusiasm, greater spirituality.  Every Ramadan for the past few years she had been really trying to take advantage of the holy month and to come closer to God and to grow as a person.

She logged onto Facebook right before heading out to the Youth Qiyam at the masjid.  In her News Feed, she saw all of her friends who were going…and noticed that he was going as well.  He being one of the brothers in the youth group, someone who she had noticed becoming more serious about Islam recently as well.  He being the one who would creep up into her thoughts sometimes.

And now he was creeping up on her Facebook News Feed as well.

She woke up the next morning and noticed all of her friends posting about the Qiyam last night.  She was wondering whether he had posted anything, and started to scroll down the page looking for something.  He had posted as well.  It was a quote from one of the lectures.

That quote also resonated with her.  So, she “liked” it.  She thought, come on, it’s a great reminder!  Maybe I’ll share his status on my Wall as well, help spread the khayr!

She had posted a quote from the Qiyam as well.  And guess who “liked” it…? And commented…?

A crazy rush of excitement shot through her.

The next day, her phone beeped, someone had tagged her in a tweet.  She went on to Twitter, and she noticed a recent tweet of his.  Turns out he was going to the masjid in the neighboring town tonight for tarawih.

I’ve been wanting to check out that masjid, I’ve heard the reciter is amazing!…maybe I can convince the family to go there tonight.

He had posted an ayah that was read in tarawih that night as well.  She read the comments below, and saw some interesting things that people had posted.  And she wanted to respond and share her insights, too.  It reminded her of another ayah she had read the other day.

So, she commented and posted that ayah.

He commented back a few hours later.

It kept going and going like this every day.  She logged into her Facebook and Twitter hoping one of his posts would pop up in her News Feed.  She didn’t feel like she was doing anything wrong.  There wasn’t much interaction, they weren’t even really talking, she made the excuse.  And it was just posts about Islam and Ramadan!  She was actually finding benefit in some of his posts.  They made her think and she was learning from them.

She had developed a tick–she started logging onto her Facebook more and more everyday, constantly on the hunt for a post of his.  He kept popping up in her mind more and more as their interaction via social media had increased.  She just had to go back onto Facebook multiple times a day.  It seemed like an addiction had developed in her halfway through the month.  She would go and check his profile daily.

Her mom started noticing she was online so much these days, and she was getting angry with her.  So she was forced to cut down on her time online.  It was really annoying her.  She would sneak away from her mom and go on Facebook when she got the chance.

It was getting out of control.  She had never cared this much about Facebook or Twitter before he had started posting so much.

After Ramadan ended, a lot of the progress she had made seemed to have faded, but her interactions with him still continued.  However, she had started to notice things about him that were bothering her.  He was posting about stupid things these days after Ramadan had finished.  She didn’t care to know all of these little, useless things about him.  And why were there so many girls “liking” his posts and commenting?  It was really peeving her.  Before, nothing would make her happier than his posts showing up in her News Feed.  Now, nothing would put her in more of a sour mood.

It came to the point where she was over him.  He wasn’t worth her time anymore.  When she was reflecting back on the month of Ramadan, she realized that she had allowed him to steal the barakah from her month.  It made her disappointed in herself, she had wasted the best time of the year.

And it had all started with just one little “like.”

She realized what a distraction he had been for her during Ramadan, and even afterwards.  She deleted him as a friend.  She unfollowed him.  She didn’t want to deal with it anymore.

She got a friend request from one of the brothers at the MSA.  She didn’t accept it.  She kept weeding out all the guys she was friends with. She realized what a distraction social media in general could be, but especially what a fitnah and test the guys could pose.

She realized how easy it is to slip online in terms of gender interaction.  She learned what it meant to take herself out a situation she knew she couldn’t handle.  Joining Facebook and Twitter wasn’t fard upon her, so she limited herself in this medium of entertainment and connection.

She promised to never let this happen to her again, especially not during Ramadan.

Part of this story sounds all too familiar, doesn’t it?

Please, let’s not allow for this happen to us this Ramadan.  Whether it be on Facebook, Twitter, Instagram, GChat, or anything else, we must delete, unsubscribe, unfollow anyone who is distracting us from our worship and creating fitnah for us in our lives.  This is the time of the year when Shaytan is locked up.  Also, fasting is recommended for those who feel like they can not control their physical desires, so we should take advantage of this 30 day block of fasting that we have and make a clean cut from members of the opposite gender, especially in our interactions online.   A lot of the times, we ignore gender relations online, and we undermine and underestimate the impact it may have.

Believe me, from all of the stories I’ve heard, it almost always starts online.

And maybe in retrospect we realize we got ourselves into a crazy situation…and that its source was just one “like.”

This is reminder to myself first and foremost. May Allah accept our deeds from us this Ramadan and help us make the changes in our lives that we need to be able to move forward and progress in our lives. Ameen.

Related Topics:FacebookIslamMuslimsocial mediaTech
Up Next

After Being Raped, I Was Wounded; My Honor Wasn’t