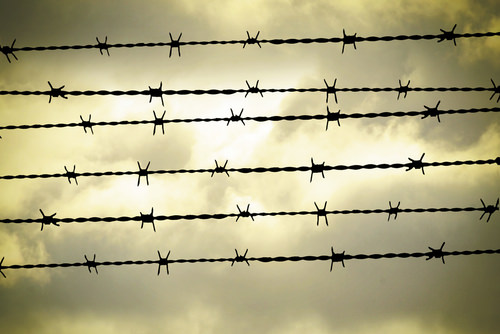 cross-posted from NYTimes
By: Sohaila Abdulali

THIRTY-TWO years ago, when I was 17 and living in Bombay, I was gang raped and nearly killed. Three years later, outraged at the silence and misconceptions around rape, I wrote a fiery essay under my own name describing my experience for an Indian women’s magazine. It created a stir in the women’s movement — and in my family — and then it quietly disappeared. Then, last week, I looked at my e-mail and there it was. As part of the outpouring of public rage after a young woman’s rape and death in Delhi, somebody posted the article online and it went viral. Since then, I have received a deluge of messages from people expressing their support.

It’s not exactly pleasant to be a symbol of rape. I’m not an expert, nor do I represent all victims of rape. All I can offer is that — unlike the young woman who died in December two weeks after being brutally gang raped, and so many others — my story didn’t end, and I can continue to tell it.

When I fought to live that night, I hardly knew what I was fighting for. A male friend and I had gone for a walk up a mountain near my home. Four armed men caught us and made us climb to a secluded spot, where they raped me for several hours, and beat both of us. They argued among themselves about whether or not to kill us, and finally let us go.

At 17, I was just a child. Life rewarded me richly for surviving. I stumbled home, wounded and traumatized, to a fabulous family. With them on my side, so much came my way. I found true love. I wrote books. I saw a kangaroo in the wild. I caught buses and missed trains. I had a shining child. The century changed. My first gray hair appeared.

Too many others will never experience that. They will not see that it gets better, that the day comes when one incident is no longer the central focus of your life. One day you find you are no longer looking behind you, expecting every group of men to attack. One day you wind a scarf around your throat without having a flashback to being choked. One day you are not frightened anymore.

If we take honor out of the equation, rape will still be horrible, but it will be a personal, and not a societal, horror. We will be able to give women who have been assaulted what they truly need: not a load of rubbish about how they should feel guilty or ashamed, but empathy for going through a terrible trauma.

The week after I was attacked, I heard the story of a woman who was raped in a nearby suburb. She came home, went into the kitchen, set herself on fire and died. The person who told me the story was full of admiration for her selflessness in preserving her husband’s honor. Thanks to my parents, I never did understand this.

The law has to provide real penalties for rapists and protection for victims, but only families and communities can provide this empathy and support. How will a teenager participate in the prosecution of her rapist if her family isn’t behind her? How will a wife charge her assailant if her husband thinks the attack was more of an affront to him than a violation of her?

At 17, I thought the scariest thing that could happen in my life was being hurt and humiliated in such a painful way. At 49, I know I was wrong: the scariest thing is imagining my 11-year-old child being hurt and humiliated. Not because of my family’s honor, but because she trusts the world and it is infinitely painful to think of her losing that trust. When I look back, it is not the 17-year-old me I want to comfort, but my parents. They had the job of picking up the pieces.

This is where our work lies, with those of us who are raising the next generation. It lies in teaching our sons and daughters to become liberated, respectful adults who know that men who hurt women are making a choice, and will be punished.

When I was 17, I could not have imagined thousands of people marching against rape in India, as we have seen these past few weeks. And yet there is still work to be done. We have spent generations constructing elaborate systems of patriarchy, caste and social and sexual inequality that allow abuse to flourish. But rape is not inevitable, like the weather. We need to shelve all the gibberish about honor and virtue and did-she-lead-him-on and could-he-help-himself. We need to put responsibility where it lies: on men who violate women, and on all of us who let them get away with it while we point accusing fingers at their victims.

A Glimpse at the Life of Aishah Bint Abi Bakr