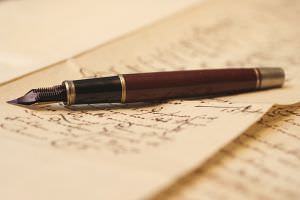 A letter on pornography and business ethics written by two prominent public intellectuals—one a Christian, one a Muslim—sent to hotel industry executives last week.

We write to ask you to stop offering pornographic movies in your company’s hotels. We make no proposal here to limit your legal freedom, nor do we threaten protests, boycotts, or anything of the sort. We simply ask you to do what is right as a matter of conscience.

We are, respectively, a Christian and a Muslim, but we appeal to you not on the basis of truths revealed in our scriptures but on the basis of a commitment that should be shared by all people of reason and goodwill: a commitment to human dignity and the common good. As teachers and as parents, we seek a society in which young people are encouraged to respect others and themselves—treating no one as an impersonal object or thing. We hope that you share our desire to build such a society.

Pornography is degrading, dehumanizing, and corrupting. It undermines self-respect and respect for others. It reduces persons—creatures bearing profound, inherent, and equal dignity—to the status of objects. It robs a central aspect of our humanity—our sexuality—of its dignity and beauty. It ensnares some in addiction. It deprives others of their sense of self-worth. It teaches our young people to settle for the cheap satisfactions of lust, rather than to do the hard, yet ultimately liberating and fulfilling, work of love.

We recognize that we are asking you to abandon a profitable aspect of your business, but we hope that you will muster the conviction and strength of will to make that sacrifice and to explain it to your stockholders. We urge you to do away with pornography in your hotels because it is morally wrong to seek to profit from the suffering, degradation, or corruption of others. Some might say that you are simply honoring the free choices of your customers. However, you are doing much more than that. You are placing temptation in their path—temptation for the sake of profit. That is unjust. Moreover, the fact that something is chosen freely does not make it right; nor does it ensure that the choice will not be damaging to those who make it or to the larger community where degrading practices and materials flourish.

Furthermore, we trust that you need no reminding of the fact that something’s being legal does not make it right. For example, denying black men and women and their families access to hotel rooms—and tables in restaurants, as well as other amenities and opportunities—was, for countless shameful years, perfectly legal. In some circumstances, it even made financial sense for hotel owners and operators in racist cultures to engage in segregationist practices even when not compelled by law to do so. However, this was deeply morally wrong. Shame on those who denied their brothers and sisters of color the equal treatment to which they were morally entitled. Shame on you if you hide behind legality to peddle immorality in the pursuit of money.

Our purpose is not to condemn you and your company but to call you to your highest and best self. We have no desire to hurt your business. On the contrary, we want you and your business to succeed financially—for your sake; for the sake of your stockholders, employees, and contract partners; and for the sake of the communities that your hotels serve. We believe that the properly regulated market economy serves the good of all by providing products and services at reasonable prices and by generating prosperity and social mobility. But the market itself cannot provide the moral values that make it a truly humane and just institution. We—owners, managers, employees, customers—must bring those values to the market. There are some things—inhuman things, unjust things, de-humanizing things—that should not be sold. There must be some things that, for the sake of human dignity and the common good, we must refuse to sell—even it if means forgoing profit.

Robert P. George is McCormick Professor of Jurisprudence at Princeton University. Shaykh Hamza Yusuf is co-founder and a member of the faculty of Zaytuna College. Affiliations are provided for identification purposes and do not imply institutional endorsements.

Gearing Up for Ramadan