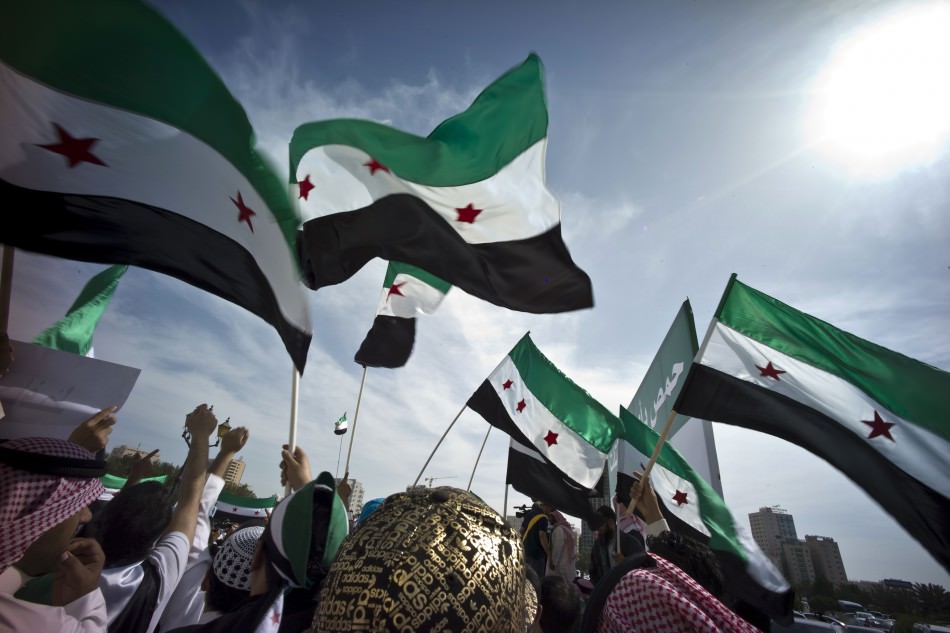 On May 26th, the world woke to the horrors of the Houla Massacre committed in Syria by pro-Assad militias. This barbaric crime was harsh reminder to the terrors of this now 15- month conflict. Between 10,000 to 13,000 lives have been lost since the conflict started; the numbers are only going to increase the country slowly propels towards civil war.

The UN reports that 108 people were killed in the massacre. In particular, it was the brutal murder of 49 children and 34 women that outraged the world. One could not have expected the barbarism and savagery to reach levels this ruthless. Gunmen attacked the most vulnerable people to terrorize the population, attacking them at close range and sparing no one.

11-year old Ali El-Sayed’s family was exterminated before him. He survived to tell the story by pretending to be dead, being soaked in the blood of his six year old brother, while gunmen went on their murderous rampage. His is just one of thousands of unimaginable horror stories; most of which we will never get to hear. Some media outlets went as far as publishing images of corpses of the dead children, with hopes of ‘shocking us’ as one editor explained. With the world falling deaf to the screams of Syrian victims, perhaps such measures are necessary to wake us all up.

It is perhaps to the credit of these journalists that international reaction to the massacre was swift and loud. Syrian diplomats have since been expelled from numerous Western nations including the US, UK and Canada. The UN Security Council unanimously condemned the Syrian government; China and Russia agreeing on a resolution to the conflict for the first time. Even Syria’s long time supporters felt embarrassed standing by the tyrannical regime for once. Though, both nations continue to oppose tougher sanctions against Syria.

The world has expressed its disgust with the atrocious crime that took place. But will Bahar al-Assad face any repercussions? Robert Fisk thinks he will get away. Assad got away with Deraa and Homs; and he will get away with Houla too. Fisk argues that the Middle-East is littered with a hundred Houlas with ‘their dead children piled among the statistics, with knives and ropes as well as guns among the murder weapons’. It was Bashar’s Uncle Rafat’s Special Forces that carried out the massacre of insurgents in Hama in 1982. Today, the he lives between London and Paris – what is to say Assad would be in any different a position?

The Future of Syria

Everyone agrees that something needs to be done about the worsening situation in Syria; what exactly, no body’s sure. The UN special convoy’s peace plan brokered by Kofi Annan in March has ended in catastrophic failure with none of its conditions being met. It echoes the failure of similar plans in Bosnia and Rwanda; it has actually given political cover to a regime that continues its brutality without fail. As Philip Gourevitch explains, Annan’s plan ‘is another soap bubble, and the U.N. military observers who are supposed to monitor it are useless—or worse: when the butchery began in Houla, the regime told the U.N. monitors to stay away, which they did, bringing back bad memories, from the mid-nineties, of the false promises of protection that were extended, under the U.N. flag, to the people of Bosnia and Rwanda before they were abandoned to their killers’.

Congressman Keith Ellison too feels the UN peace plan has failed. He called for the international community to establish a ‘safe zone’ in Turkey that would protect fleeing Syrians; even if it means having to proceed without support from China and Russia. This safe zone will be protected by military forces, including those of the US, and would strike back if faced with regression from Syrian forces. The UN Security Council can play a much stronger role but its arms are paralyzed by Russian and China. Vladimir Putin’s minster stated that there would be no mingling with Syria’s internal affairs and that any military intervention would be premature.

Washington Post called for a stronger US leadership in mitigating the conflict. They too called for establishment of safe zones along or inside Syria’s border – which are to be guarded with the help of Turkish forces. So far the States has acted like a helpless player and has continued to pin the blame on Russia and China. With two on going conflicts in the Middle-East and an upcoming presidential election, a US led military intervention is unlikely. Nor is there any reason to assume they would be welcomed by the Arabs or hailed as liberators if any positive outcome ensues. A situation like that in Afghanistan is more likely to immerge in the case of such an intervention.

Turkey, along with Arab allies, who have a more favourable position in the region need to step up and play a more active role in stabilizing the conflict. Instead of waiting for the West to play its political and bureaucratic games, it is time for them take on leadership of that region and answer the call of the Syrian people. These initiatives need to be backed by Western powers and supported by any means possible. It is unlikely that such an initiative will take place, but it is one that would be likely welcomed.

The savagery demonstrated in Houla Massacre sends the message that nothing is off limits, nothing is sacred and nothing remains inviolable. It is this type of ruthlessness and disregard for divinely ordained sanctity that every tyrant has an eventual downfall. It will not be long before Bashar Assad will be humiliated and ousted – the question is how and when. Let us hope that those in power can learn from history and prevent catastrophes of the past from reoccurring. For the rest of us, dua is our main weapon. Please keep the people of Syria in your prayers.

Making Sense of the Egyptian Elections: A Political Analysis