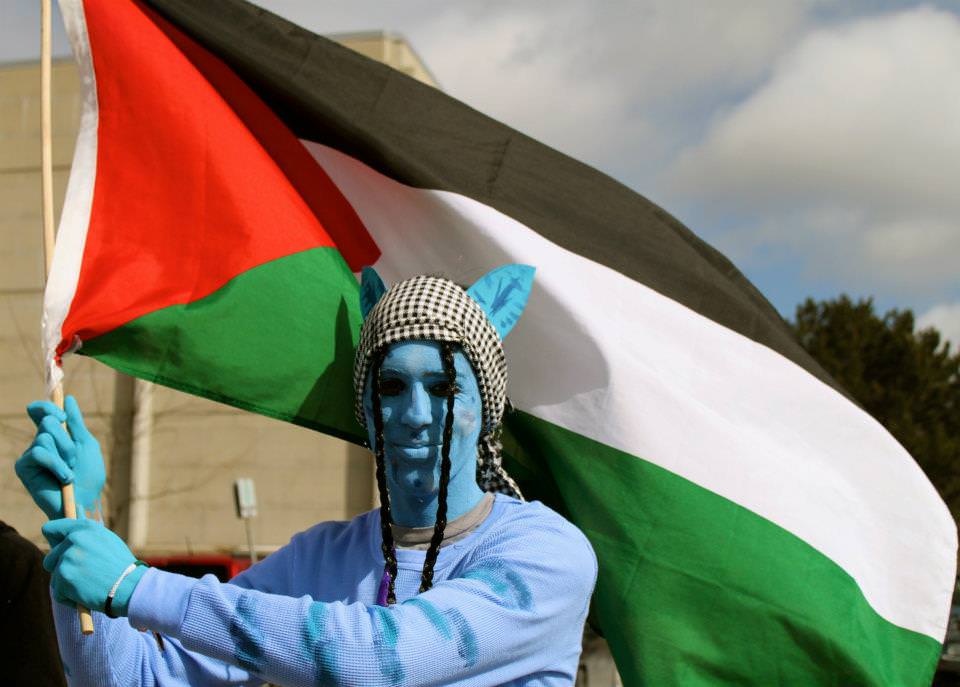 “ If I were to change the names, a description of what is happening in Gaza and the West Bank could describe events in South Africa.” — Nobel Laureate, Archbishop Desmond Tutu 1989

Apartheid is the Afrikaans word for ‘separateness’ or ‘separate development’. Historically, it was used to refer to the set of discriminatory policies implemented in South Africa from 1948 to 1994. The South African regime had instituted a legal and social system which was designed to maintain domination of whites over people of color. This racist system was eventually abolished after an anti-apartheid struggle which finally led to the election of Nelson Mandela as South Africa’s first black president in 1994.

Since South Africa, apartheid has come to be defined as a crime against humanity under international law. The Rome Statute of the International Criminal Court defines apartheid as inhumane acts which are committed by an institutionalized regime to systematically oppress and maintain domination of one racial group over another[1]. The Apartheid Convention (UN Convention on the Suppression and Punishment of the Crime of Apartheid, 1973 ) defines it similarly and included in its definition ‘similar policies and practices of racial segregation and discrimination as practiced in southern Africa’[2].

In addition, Article II of the Apartheid Convention has a list of features which further illustrate what a system of apartheid looks like. Some of these include subjecting a collective group of people to the following: murder, arbitrary arrest, bodily or mental harm, restriction of movement, restriction of peaceful assembly and division along lines of race. Both pieces of legislation focus on the systematic, institutionalized, and oppressive character of the discrimination and the purpose of domination it entails.[3]

It is thus important to recognize that apartheid is not a mere analogy. Rather, it is crime against humanity under international law and has severe penal repercussions. Its applicability is independent of a regime’s resemblance to South African practices and policies. South African apartheid had its unique features and Israeli apartheid has its own, though both regimes share some of the same core features.

Central to the discussion apartheid is the question of race. Unlike South Africa, traditional conceptions of race don’t apply in this case. United Nation’s Committee on Elimination of All Forms of Discrimination understands racial groups as socially constructed ones which can be distinguished by shared ancestry, color, ethnicity, nationality and religion.[4] In addition, the jurisprudence of the International Criminal Tribunals for Rwanda and the former Yugoslavia also understood race in this manner. [5]

Palestinians identify themselves as a group of people who share a common origin, history and culture that has ensured a continuing bond despite forced displacement and fragmentation[6]. The entire Palestinian people are considered a uniform group; much like Bosniaks or the Tutsis. Thus, Israeli Jews and Palestinian Arabs are the two distinct racial groups concerned in this case of apartheid and for the purposes of international law. [7] [8].

The Bantustans of South Africa

It is important to discuss ‘Bantustanization’ as it is one of the defining features of apartheid. During the apartheid era, the South African government had concentrated the black population into ‘Homelands’ or ‘Bantustans’. These fragmented enclaves served as pseudo-national homelands for the country’s black African population. The Bantustans were a major administrative device for the exclusion of blacks from the South African political system and prevented any sort of social or economic development in these areas.[9] These homelands were presented as a promise of complete independence to black South Africans, thus satisfying their right to self-determination. Neither the African National Congress nor the international community accepted this deceitful explanation. [10]

Looking at a map of the West Bank, the Bantustan model is easily recognizable. Bantustanization is a control strategy in its essence. The Zionist movement was faced with a dilemma in Palestine: How to create a Jewish state in an area which was largely Arab? Israeli historian Benny Morris observes that Zionists could choose from only two options: “the way of South Africa” — i.e., “the establishment of an apartheid state, with a settler minority lording it over a large, exploited native majority” — or “the way of transfer” — i.e., “you could create a homogeneous Jewish state or at least a state with an overwhelming Jewish majority by moving or transferring all or most of the Arabs out.” [11]

During Israel’s independence in 1948, this dilemma was solved through ethnic cleansing by driving the Arabs out in what is today called the Nakba or Great Catastrophe. Israel faced the same dilemma in 1967 when the Palestinian territories came under Israeli occupation. This time, foundations for an apartheid system were laid out in the Palestinian territories and they have been developed over the past four decades. Former deputy mayor of Jerusalem, Meron Benvenisti, observed that, “It goes without saying that ‘cooperation’ based on the current power relationship is no more than permanent Israeli domination in disguise, and that Palestinian self-rule is merely a euphemism for Bantustanization.” [12]

After analyzing legal definitions and the practices in South Africa, apartheid can be defined to be resting on three important pillars. The first pillar is demarcating the population along lines of race. The second pillar involves segregating the population based on their racial identity and geographically separating them. Lastly, a matrix of draconian laws are enacted to ensure the domination of one race over another and to suppress any dissent. [13]

To conclude, apartheid refers to a system of discriminatory polices which divide a population along racial lines and give superior treatment to one race over another. The objective of these inhumane laws is to maintain the domination of one race over the other.

Next Post: How Israeli policies in the Palestinian territories amount to Apartheid

Another Miscarriage of Justice: The Sentencing of Tarek Mehanna