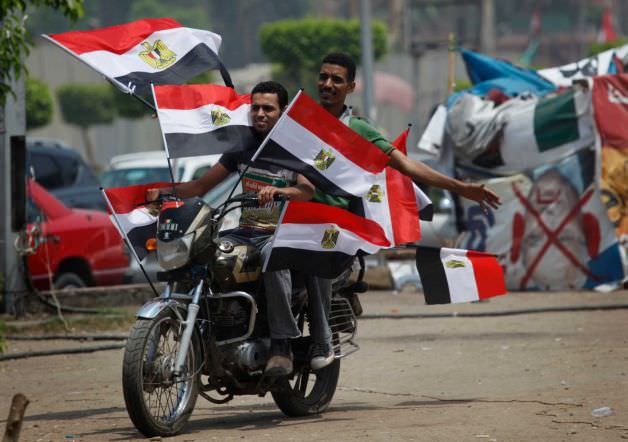 By: A Voice from Egypt

On Sunday, June 24, 2012, Muhammad Morsi became the first democratically elected president in the history of Egypt.  For the Muslim Brotherhood, Morsi’s victory must seem like the culmination of a 90 year struggle to gain political influence over Egyptian politics.  However, the future is fraught with difficulties, since Egypt’s revolution was partial and remains incomplete.  Furthermore, the Muslim Brotherhood are still untested in the realm of formal politics, and untried in the realm of international affairs.  Nor have they ever governed an economy, and as of yet, they have not articulated a plan to address Egypt’s daunting social and economic problems.  What then, can we conclude about the future of Egypt’s political system and how should we assess the Muslim Brotherhood and other Muslim revolutionaries’ ability to govern the country effectively?

Until the run-off election results were announced on Sunday, many in Egypt were speculating that the military council (SCAF) and the former regime elements in the bureaucracy and the business community, who are often referred to ominously as “the deep state”, were going to manipulate the election outcomes to install Ahmed Shafiq as the next President of Egypt.  However, the military council probably realized that it could lead to a mass uprising against them, and the US may even have pressured them to allow a fair election, out of fear of destabilizing Egypt further.

In order to make sense of what is happening in Egypt, and the other Arab countries, we should first establish a few principles of political analysis.

First, politics can be defined as the struggle over decision making authority and struggle over the distribution of public resources. Hence, we should evaluate each political actor’s behavior in terms of how it affects their access to decision-making authority and how it affects their access to public resources.

Second, we can analyze the Muslim revolutionaries’ success or failure in terms of their ability to transform their strategy from revolutionary politics, whose goal is to compel regime change, to normal politics, which is defined by negotiating compromise solutions with the various stake-holders within the political system.

1) What kind of political model will emerge in the wake of the revolution?

2) Will the new government be able to improve Egypt’s economy and help solve its enormous social problems?

First, the main interest of the SCAF (Military Council) is to retain their autonomy, so that no other branch of the Egyptian government can veto their decisions or limit their action in critical spheres of influence.  For instance, the SCAF controls an economic empire (estimated to influence 40% of the economy) and they want to insure that the President and Parliament cannot audit or reduce their economic interests.

Furthermore, the military wants to retain control over national security, as well as key elements of foreign policy, so that it may preserve its relationship with the US, which supplies the military with over $1 billion annually, which in turn requires the preservation of stable relations with Israel.

Because of the military’s desire for autonomy, and because they realized that MuhammadMorsi would be the next president, the military council sought the dissolution of the parliament, via the constitutional court, and based upon a legal technicality (that one third of the parliament is supposed to be reserved for independent candidates). The SCAF also decided to arrogate all legislative powers to itself.  Finally, it is probable that the SCAF wanted to ensure that it could appoint the upcoming constitutional council that would draft the new Egyptian Constitution, since appointing the constitutional council is the prerogative of the parliament, of which 25% were sympathetic towards the Salafi movement, and 40% were allied with the Muslim Brotherhood.

Second, we should assess the new government’s behavior in terms of their ability to transform revolutionary politics into normal politics.  More specifically, the new President’s first test will be his ability to reverse the SCAF’s decision regarding the dissolution of the parliament and their attempt to limit the new president’s powers.

Since Egyptian culture is based upon ambiguity and compromise rather than ultimatums and zero-sum politics, it is likely that some compromise will be reached so that the SCAF can maintain its autonomy and the former parliament can be re-seated, with some alterations to include more non-religious elements.  This type of compromise may have been the intention of the SCAF in the first instance, so we can expect that the military and the newly elected leaders will find a solution that will not please everyone but will stabilize the country politically.

Third, in terms of ultimate outcomes, and as I noted previously, the real questions that face Egypt, are:

1) What kind of political model will emerge from all this confusion?

2) Will the new government be able to improve Egypt’s economy and its enormous social problems?

I don’t know the answer to either question.

However, to speculate about the first question, regarding the political model likely to emerge
from the rubble of the revolution, we can presume that the Egyptian political model will be based upon local conditions, but it may also resemble the Turkish model of the 1950s-1990s, wherein the military reserved the right to interfere in politics if the elected officials threatened what the military deemed to be the legacy of Kemal Attaturk, which was based upon secularism and stability.

Something like the Turkish model may eventually emerge in Egypt, but it is too soon to tell.

Furthermore, and as I noted, the Muslim Brotherhood will inevitably experience a transition, from an opposition party to a ruling party.  Like any party, the Muslim Brotherhood is composed of an enormous set of patronage networks, by which selective incentives are provided to members of the organization, that motivates them to perform the social services and political opposition for which the Brotherhood is famous.  However, now that members of the Brotherhood have been elected to power, they will have to alter the group’s patronage network, or else be accused of corruption.  This will no doubt be a great challenge to the newly elected officials; how they balance their commitment to the network of interests that brought them to power against the network of interests that define the Egyptian political system and its ramifications in the broader society.

The answer to the second question, of whether the new government will be able to improve the Egyptian economy,will in some sense depend upon how the first question is answered.  In order to get anything done in Egypt, the bureaucracy, judiciary, and the security services will have to be included in the division of the spoils, so to speak.

Because the bureaucracy, the judiciary and the security services can sabotage any policy that the government passes, in various ways, and so they must be made cooperative, or else few policies will be implemented effectively.

The constraints are that Egypt’s external debt has grown from $25 billion to $35 billion, and its total debt to GDP has reached almost 80 percent, which is not sustainable in the long run.  The economic growth rate is 5 percent per annum, but I am not sure that this figure is accurate. Inflation is over 10 percent annually, and unemployment is formally 11 percent, but in reality it may be closer to 20 percent.

I suppose the first step is to stabilize the economy, which requires that the new government insure the business community that the new government does not intend to alter the property rights regime fundamentally.  Second, the new government will have to encourage the tourists to return to Egypt, since it is  the 3rd most important foreign exchange earner.  Third, the new government will have to re-establish law and order, by establishing the legitimacy of the police and security services, and to strengthen the legal system in such a way that guarantees the property rights of investors and the business community.  Those are short term goals that are absolutely necessary in order to achieve longer term economic and social reform that Egypt needs so desperately.

Finally, the new government is likely to assure the U.S., Israel and the Gulf states that they intend no fundamental alterations for the Camp David accords, at least in the short run, and that Egypt will remain friendly to Saudi Arabia and the other Gulf states, since Egypt still receives $1.3 billion from the US, which constrains the sovereignty of the new government, and since millions of Egyptian workers remain in the Gulf and their remittances represent one of the primary sources of foreign exchange.  Although the new government will likely uphold the basic provisions of Camp David, the days of Egyptian collaboration with Israel’s aggressive wars are over, and Israel will have to consider Egypt’s non-cooperation when it makes its own foreign policy calculations.

Faith and Elections | Muslims in Large numbers at DNC

Houla Massacre and the future of Syria