For those of you in Dubai, the Dubai International Peace Convention was two weekends ago, and I was an exhibitor there.  Oh, yeah.  And I had stickers.  And I stuck them on people.

They said “Hello, I am: Autism Aware” and in order to earn one, you had to be naïve enough to be disarmed by my cheesy grin and then ambushed with “So, what do you know about autism!”

Then, if you were patient enough to nod through my five minute presentation/tirade on what autism is, why early recognition is important, and how to recognize it in a child as young as two (Poor eye contact, less than six words, lack of social interaction) and if you nodded at all the right bits and laughed at my attempts at funny bits, you got a sticker.  Whether you wanted one or not.

(When a child isn’t talking by a certain age and the parents get worried, people typically say: Give him time! My friend knew this guy who had an uncle who didn’t talk until he was six, and now he’s a ninja-neuroscientist-pastry chef-professor!  *rimshot* But actually, any child who isn’t talking by the age of two should have autism ruled out before any more time is allowed to pass.)

It was cool actually, people would come to the autism awareness stall because they had seen someone else wearing a “Hello, I am: Autism Aware” sticker and they sought us out because:

I met school kids who giggled and slapped stickers on each other, parents whose children were in other centers, teachers who were sure they had undiagnosed cases in their own classes, doctors who were not sure who to refer children to, and lots and lots of young mothers who I accosted with a flier that had some warning signs of autism divided by age from 18 months to four years.

My duty at the Dubai International Peace Convention was four hours on Thursday and then nine hours on Friday and twelve hours on Saturday.  It was emotionally intense, not just because I had to talk non-stop, but because I met so many people with terrible fears that were completely founded.  SubhanAllahiWabihamdihi– my son has progressed to the point where we have hopes for him being able to get through primary school, InshaAllah.  Most other parents get the door slammed in their face right from KG and it is never opened to them again, and here I was telling them: There is hope!  But not for you, because your son is ten now! And hope has a waiting list! And based on the misery in your eyes, you couldn’t afford it anyway!

Allah u Akbar.  A person who never speaks won’t be held accountable for lies, but it is agony for the parents every single day.  Their child will never go to school, they will grow into an adult who cannot provide for their own needs- forget having a job- will they ever be able to dress themselves?

Let that question mark hang there for a moment, and imagine an old widow trying to care for an adult male who communicates by hitting, punching, and breaking- who collapses at home one day and no ambulance is called because her adult son can’t speak let alone use a phone.

When is she discovered? In what state will her son be at that time?  Who among her relatives will take care of an adult male who cannot bathe himself?  What institution will care for him? If he runs out of the house, confused by the noise and the ambulance and the strangers, who will chase him down and bring him back home to safety?   If he fights the well-meaning strangers trying to take him home, how many of them will stay calm and keep trying after the first time they’re hit in the face or bitten in his panic?  A better question to ask might be: what color car will hit him first?

These are the questions I ask myself when I meet other families with autism, and the only light in the darkness of that scenario is that Allah knows best.

He does.  Allah knows best.  And we suffer in this life so that we can be rewarded in the next, but never beyond  what we are able to cope with.  Allah will care for the grown man with autism, and nothing will happen to him that Allah has not willed and has not deemed to be good for his status in the Akhirah.  I was asked, by one woman at the conference, how I could even think of having other children (I have three) after my first child was discovered to have autism.  I told her that it must be good for him- maybe if my son didn’t have autism he would have been a thief, a rapist, or a murderer.  Or worse- he could have been a very successful and handsome intellectual sort of young man who fell in love with the dunya and left Islam to become one of its enemies because it was easier and more glamorous than being one of its defenders.  There are worse things than being autistic- getting your account in your left hand on the Day of Judgment is definitely one of them. 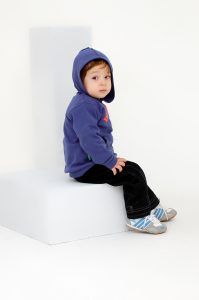 My son was kicking the wall last night at 10:30 pm.  I went into his room and asked him if everything was alright.  He sat up in bed and said, in his funny robotic way:

I smiled in the dark.  My son is verbal, Alhamdulillah, and after years of wondering what he was thinking when he sat staring into space for hours, I sometimes get to find out.

“You have a secret idea? Really? What is it?

“I’m thinking- what is charity? Is it an idea?”

Two days ago, one of his ABA therapists was helping him with a worksheet in which he was supposed to sort a pile of nouns into categories- people, things, and ideas.  A fireman is a person, a car is a thing, a discovery is an idea.  Charity was not in that list.

“Yes, charity is when we give things to other people to make Allah happy with us. It’s something we do, but it’s not a person or a thing. It’s an idea.”

He dives back onto his pillow and I can hear him kicking the wall again later, but I know he’s awake because he’s busy sorting nouns in his head.  On some nights I go into his room hours after he’s “gone to bed” because I can hear him talking to himself, and he’s reciting Dubai street names and road numbers. (Two seconds ago: “Baniyas road. Baniyas. Baniyas road.”) I went into his room one night at 11 pm and asked him if he was feeling alright because I could hear him flipping around in bed.

“Khalid, do you need help?”

“Near Barsha. After Mall of the Emirates. Before Knowledge Village I think. Good night.”

For Muslim parents, autism is the opportunity to have the false pretenses of societal expectations and wealth and family pride and superiority forcibly stripped away from the core responsibilities of what it means to be both Muslim and parent.  You don’t need to worry about keeping up with the Joneses- they stopped inviting you over after that meltdown one time and don’t call anymore once they found out your son had special needs.  Trust in Allah and take care of your child.  His disability is a gift, because accountability is harsh.  Worry more for yourself than for him and whether you are able to justice to your child without growing to hate what his label stands for, and have faith- really- in Allah’s plan without allowing Shaytan to plant the seed of bitterness in your heart with what Allah has willed for you.

May Allah have mercy on us all, and give us the patience and Taqwa to see even our disabilities as opportunities for Jannah.

Please speak with a specialist immediately if your child:

The signs of autism- excerpted from The Mayo Clinic website:

Some children show signs of autism in early infancy. Other children may develop normally for the first few months or years of life but then suddenly become withdrawn, become aggressive or lose language skills they’ve already acquired. Though each child with autism is likely to have a unique pattern of behavior, these are some common autism symptoms:

New Muslim Series: How well does the Muslim community accommodate the special needs of a new Muslim?